One morning, Mr. Fisher returned home from shul and saw a shopping cart sitting on his sidewalk. “This shouldn’t be sitting here!” he exclaimed. “It’s an obstacle!”

He moved the shopping cart aside to the curb.

“The sanitation department came by,” his wife said. “They took it with the trash.”

“Oh, I forgot that today is pick-up day for metal recycling,” said Mr. Fisher. “The cart wasn’t in great condition, so I guess they figured it was also trash.”

Mr. Fisher tried to find out to whom the shopping cart might belong. He ascertained that it belonged to a grocery store around the corner.

“You have to speak to them,” said his wife. “You may have to pay them for the shopping cart.”

“Still, you should have moved it aside to a safe place,” replied his wife, “not on the curb on pick-up day.”

“What’s the difference?” said Mr. Fisher. “Anyway, someone already removed the cart from the store.”

“Then perhaps you should have returned it to the store!” said his wife.

“If they’re not careful with their own items, then why should I have to be?” argued Mr. Fisher.

“Even so,” argued his wife, “moving the cart near the curb was not a wise thing to do.”

“Am I liable to the store for the shopping cart?”

“However, once a person takes in his hands an item for which he has an obligation of hashavas aveidah, with intention to return it, he is liable for it as a guardian. [Shulchan Aruch writes that he becomes a shomer sachar; Rama maintains a shomer chinam.] If he were subsequently negligent toward the item and left it in an insecure place, he is liable for it (C.M. 267:16).

In this case, although moving the shopping cart is an appropriate act of kinyan for such an item (meshicha), you had no intent to return it or take it, but merely to move it aside. Thus, you did not become accountable for it (C.M. 198:1; Ketzos 259:1).

Moreover, there might not be an obligation of hashavas aveidah, even in a place that most passersby are Jewish, and the grocery store is Jewish-owned. This is because some grocery stores allow their customers to take shopping carts outside to load their car, etc. If the store itself is not careful with their carts, you are not required to return one that becomes stray. This is called aveidah mida’as. In certain cases, Rama considers aveidah mida’as as hefker, but presumably he would agree here to the Mechaber that you could not take it for yourself (see C.M. 261:4; Nesivos 261:1).

“Nonetheless, you moved the shopping cart to a place where it is prone to loss, which could be considered garmi (directly caused loss). However, you forgot that it was recycling day and had no intent to cause damage. According to many authorities, garmi b’shogeg (unintended garmi) is exempt (Shach 386:6; Pischei Choshen, Nezikin 3:37; 5:[78]).

“Thus,” concluded Rabbi Dayan, “moving the shopping cart aside to the curb does not render you liable as a guardian, nor did you intend for it to be taken by the sanitation department, so you are exempt.”

Verdict: Since you moved the shopping cart aside with no intent to take responsibility for it, nor with intent to cause damage, so that it is only garmi b’shogeg – you are not liable to pay for it. 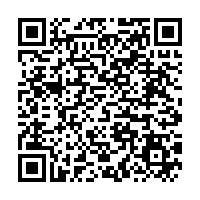