I am at my wit’s end. It’s nice to see girls watching their weight and looking fit and trim, but I believe one of my daughters is overdoing it. She’s all of seventeen and won’t touch any carbs. It’s salad, salad, salad. Energy drinks made with kale, spinach, carrots and whatever other plant food du jour. It is getting to be nauseating.

If she keeps this up, she’ll be down from a size 4 to a size 2. Is this normal? She claims it is, that all girls want to be skinny, that boys won’t even glance at a girl who is any heavier. What happened to the days when we were taught that a healthy meal consists of a starch, a protein and a vegetable?

My daughter says I’m old fashioned, that nobody believes in three square meals anymore. I can’t even get her to eat meat, which is so essential for a balanced diet. I don’t know what’s up with girls nowadays, but in my day a flat-as-a-board figure was a turnoff.

Everything I say goes in one ear and out the other. Even her older sister has tried telling her she is overdoing it, but she refuses to hear it. If you have anything to share that might make her sit up and listen, I would really appreciate it. Thank you so much.

First let me say if your daughter appears otherwise healthy and does not seem to be depressed in any way, this should allay your fears. Nonetheless, if she hasn’t been for a well visit in a while, I’d arrange for one ASAP. The doctor can run tests to make sure your daughter is nutritionally sound, and he will voice his professional opinion. Children, especially teens, somehow believe they’re far wiser and more knowledgeable than their parents. The doctor will say it as he sees it and set her straight as he sees fit.

Regarding three squares, I don’t know too many people who adhere to such a food regimen these days. Two squares and snacking in between is all most of us have time for. The fact that her diet consists of mainly vegetables is admittedly a bit worrisome. She could be missing out on essential nutrients that a body needs to function properly, which can affect her in the long run.

You can try telling your daughter that she could be short-changing herself by not consuming enough protein, which not only supplies us with energy but also fights inflammation. It is entirely possible to eat healthy and be slim at the same time. Carbs don’t need to be overdone, and exercising regularly might be even more important than counting food calories. Everything has its limits. Too anything is unhealthy. I would have her physician give her a gentle talking to.

Again, if she’s healthy, thank Hashem and keep davening for Him to guide your children in the right direction. There is no substitute for tefillah and gratitude. The brachos we make on food infuses them with the right frequency, which, in turn, imbues us with the koach to carry on with our sacred mission in life. Wishing you much Yiddish nachas sans frustration. 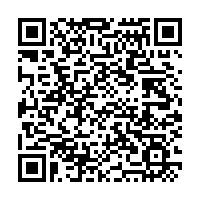