I am a frum young woman and I work for a company owned and run by a religious Jewish family.  We have an equal number of Jewish and non-Jewish employees and, until recently, things ran smoothly.  The owner, a fine, upstanding gentleman, always made sure the secretarial staff adhered to a modest dress code, and most of the female employees understood and accepted this policy, as they were almost all Jewish and mostly religious.  The problems began about six months ago, when the owner took sick and put his son in charge. This son had done outside office work for the company for many years and was not a known quantity to us.

One of the first things he did was fire his father’s secretary. This set the tone for the next few months, while we all waited to get our pink slips. In addition, the replacement secretary came to work the first day clad in a micro-mini skirt and sleeveless top so cut out it barely contained her ample figure.  The son, whom we will call Simon, then sent out a memo explaining the new dress code – he wanted his employees to reflect a more modern and fashionable look, especially those who were visible to clients.   Afraid to lose our jobs, most of us went out and bought what we considered trendy work clothes that still fell within the realm of modest dress. Soon after, two secretaries were ostensibly laid off due to budget cuts – however, two new, scantily-clad girls filled their seats within days.

More disturbing to me, however, was watching Simon, a man who dressed the part of a frum person, fawning over his new hires. The whole climate in the office has changed and it is reflected in falling sales and complaining clients.

Why am I writing to you? Two weeks ago, one of the frum girls in the office, let’s call her Tzila, was asked to cover for the receptionist who had to use the ladies room. We knew that she was going to Simon’s office. In what can only be yad Hashem, Simon’s wife came to surprise him. Tzila saw the opportunity to expose Simon in a way that would take him off our hands.  Yes, she told Simon’s wife to go right in, knowing full well that Simon was cloistered in his office with the exotic receptionist she was covering for.  Well, the screaming and yelling that came out of Simon’s office could be heard throughout the building.

Although we had mixed feelings and Tzila felt momentary guilt, we all felt that Simon got what he deserved.  The problem is we are sure Mrs. “Simon” is going to hire a lawyer and sue for divorce, and we are afraid that we may be subpoenaed to testify against him and we are not sure what to do if that happens.

Any advice for us?

Very rarely do I get to smile towards the end of a letter, but I couldn’t help myself with this one.  In a nutshell, Simon wrote his own ticket to divorce court and he has no one but himself to blame.  So, tell Tzila that her momentary lapse in judgement was probably orchestrated from above and she was just the shaliach.  There are, however, certain halachic issues in regards to testifying that should be addressed to a rav.

As for anything else, you don’t really know how this will play out.  This may not be a new situation for Mrs. “Simon”; she may have been through this before with her randy husband, and he may have won her back with promises and excuses. Or you may be right in assuming a divorce is in the works.  If you or your co-workers are called for depositions, you can either tell the truth willingly or be a hostile witness, in which case whatever you say would not benefit the side that’s deposing you and probably wouldn’t be used.  But I am not an attorney, so if it becomes appropriate, I would suggest you consult with one. That would be a good time to inquire whether or not you can be legally fired if you do testify. It is always wiser to get your information from a professional.

Hashem works in mysterious ways and His Hand can be seen in everything.  But sometimes, His displeasure with how we conduct ourselves and His choice of retribution gives us a glimmer into His “rare sense of humor.”  Let’s hope “Simon’s” father has a quick refuah shleimah and returns to captain his ship. 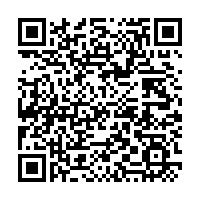