Rabbi Aharon Benita, 24, and Rabbi Nechemia Lavi 41,died at Jerusalem’s Shaarei Zedek Medical Center after they were attacked in the Old City on Saturday night by an Arab terrorist.

Bennet was a Breslov Chossid from Beitar Illit. Lavi, a father of 7, was a rabbi at Yeshiva Ateret HaCohanim and Talmud Torah Moriah in the Old City of Jerusalem.


The attack came at around 7:30 pm as the family was walking from the Western Wall to the Lion’s Gate on HaGai Street in the Old City of Jerusalem.

Benita’s wife, 22, is in very serious condition and their 2-year-old toddler is in fair condition with a gunshot wound to the leg as a result of the attack. Their young daughter was also present but escaped injury.

The Arab terrorist, Muhanad Halabi, 19, was neutralized by Israel Police. His murderous attack is being praised by various Arab groups; Palestinian Islamic Jihad claims the teenager was a member of its terrorist organization.

Muhanad repeatedly stabbed Lavi and Benitai, who had just finished the IDF rabbinical course two months ago, before grabbing Lavi’s gun and shooting the other members of the family. Benita’s wife ran to summon police at the start of the attack, despite her wounds. The terrorist meanwhile turned the gun on a nearby group of people who had just completed a tour of the area.

Police shot and killed the terrorist.

“The Arab suspect repeatedly stabbed the three Israelis while they were walking the near the Lion’s Gate,” said Israel Police spokesperson Micky Rosenfeld. “Border Police and [other] police responded immediately and shot the terrorist, neutralizing him.” 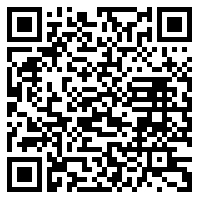