I refrain from heading the opening of my letter with the customary “Dear…” because, if my memory serves me correctly, you champion the causes of women exclusively and completely omit any attention to the plight of the abused male spouse.  Now that you have, once again, emerged from the dark recesses of your file cabinet, pen in hand like a javelin ready to pierce what’s left of the hearts of these broken men, I feel compelled to write in defense of my downtrodden brethren.  I’m not going to pour out my bitter experiences and defiance to giving my ex-witch her Get; rather, I will bring to the forefront the venomous animosity I have had to endure before, during and after my civil divorce just to show you that vindictive women can be far more evil and abusive than men.


I got married late in life because I was looking for just the right girl.  I had a great job, made good money and was good looking, educated and well-dressed.  Every Shabbos and Yom Tov, shadchanim and older ladies (many of them the mothers of the prospective dates they wanted me to take out) would swarm over to me with “wonderful prospects” to meet.  Then, at a singles event, when I was 39, I met the perfect woman, or so I thought.  She was slender, sedate and had a crowd of men buzzing around her.  Fearing none of the competition, I zeroed in for the kill and got her attention.  I asked her out the following night and she accepted.

Over the course of several dates, I learned that she was a physician’s assistant going through medical school to become a full-fledged cardiologist.  Her immediate family lived out of country, which I thought was great, no in-law meddling, but she had relatives, some aunts, uncles and cousins who lived in the vicinity.  As I grew more secure in the belief that she was “the one,” I agreed to make the trip out to Iowa to meet her parents and siblings.  What a culture shock.  Her parents were cultural peasants and her adult brothers, sisters and their families were loud, boorish and unruly.  I was hard pressed to go through with the engagement after that eye-opening Shabbos, but I rationalized that they would be left in Iowa while we resided far away in Canada and was comforted in the thought that my intended was nothing like them.

We got married and set up home in Montreal and all was well for a few short months.  My job was 9-5, but her day started at 6:00 a.m. and she worked until 2:00 p.m. after which she went to medical school until 10:00 p.m.  I got up each morning to an empty house, no breakfast prepared, no clothes laid out and no physical being with whom to talk with.  I came home to an empty house, no dinner prepared, no one to talk to about my day, no one to give me comfort.

Even though she had warned me that this was her routine because she wanted to finish her studies and become a cardiologist while not giving up her day job, I didn’t realize how hard it would be on me.  We argued, I insisted that she give up her studies, so at least she’d be home when I got home, until I wore her down and she finally stopped her medical studies.  That’s when I noticed a change in her.  I thought it was because she was pregnant, so I didn’t really pay any mind to her indifference to my advances, her lack of attention to dress and makeup and her mounting weight gain. 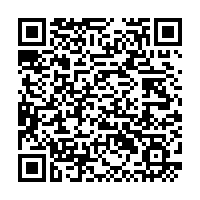