Married for three years, I am seeking advice regarding an action of my wife that upsets me very much.


My wife, whom I love very much, is very sensitive. If I say anything that she considers critical, she becomes silent for days – which drives me crazy. The more I beg her to make up, apologize to her, and even cry out for warmth and communication, the longer she continues to give me the cold shoulder.

I believe the reason she freezes up at perceived criticism is because her mother is a very critical person. It may be that she sees innocuous comments as criticisms because that is what she is used to; however, I find it very hard to deal with. Do you have any suggestions as to how I can deal with her silent treatment?

Thank you for your honest letter. Unfortunately, many individuals who have been criticized as children tend to hear these negative voices in their heads long into adulthood.

If your wife’s mother has always been very critical of your wife, then you are correct that she has adopted these negative statements as “fact.” Thus, when you make a seemingly inoffensive statement, she hears: “You are a failure, a loser, a horrible wife and/or mother.” This will continue to make her feel terrible about herself, and may be why she appears to overreact to what you say. It is possible that as a child, she withdrew and became very quiet. She likely has much pent-up anger from her years of being criticized.

The Imago Theory purports that people tend to marry someone who is similar to one or both of their parents. If someone has a good relationship with a parent, his or her marriage usually has a good foundation and the couple is able to work through the typical issues that arise. But if that relationship was contentious, the person may try to repair it within his or her marriage by trying to change the interactions with his or her spouse.

When a spouse magnifies the issues in his or her marriage the situation becomes problematic because the spouse tends to hear his or her parent talking instead of focusing on what is really taking place. This may cause the spouse to overreact because he or she is hearing a magnified version of what is actually occurring. In your marriage, perhaps your wife is hearing her mother talking when you make these “innocuous comments.” This causes her to experience many built-up negative emotions, which may bring about an exaggerated response.

Now that you understand the basis for your wife’s feelings, don’t feel defensive the next time this occurs. This will give you the ability to react differently. When she gives you the silent treatment, you need to practice a “countermove” to your current unsuccessful reaction of begging your wife to make up with you and pleading for her warmth.

There are “moves” and “countermoves” in marriage. Many couples have the same conflicts repeatedly in the same manner. When their disputes become uncontrollable and threaten to destroy their marriage, they need to change their actions and rejoinders.

In your case, instead of begging your wife to make up when she is giving you the silent treatment, say to her, “I understand that you need your space now, but I would love to spend time with you when you are ready to speak.” Then, ignore the silent treatment that is taking place by acting warm toward her. Your wife will be surprised and will probably not know what to do. This may distract her from her negative thoughts, and she may retract from her shell. 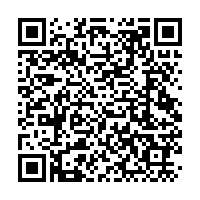