My mother passed away earlier this year and, since her petirah, I have noticed a gradual decline in my father’s emotional health. My siblings and I are concerned, as recently he seems to have stopped taking care of even his most basic needs.


We each take turns hosting our father for Shabbos (and during the week if he is up to it), and the last time he came to me it looked like he hadn’t showered in days and his clothes were dirty and disheveled. I told him I would be happy to wash his clothes and even gently suggested that maybe he wanted to change for Shabbos. He shrugged his shoulders and said, “Nothing matters since Mommy died; I have nothing to live for.” I reminded him how much we love him and want him to be happy. He said he knows, but we all have our own lives and he belongs with our mother in Shamayim.   I did not know how to respond, so I just hugged him and said that we need him here with us. I also said that we miss Mommy as well, but we do not want him to join her anytime soon.

A Devoted Daughter in Despair

Without meeting your father, it is difficult to diagnose him; however, the symptoms you are describing seem to indicate that your father is feeling depressed. While it may have begun as just a form of mourning, at this point you might want to see about having him assessed by a professional in order to rule out Major Depressive Disorder (MDD).

A grieving person may experience the following feelings for days, weeks, or even months following the loss of a parent, spouse, sibling or friend:

The DSM-IV used to list bereavement as an exclusion to diagnosing MDD. That meant that when someone experienced the death of a loved one, a psychologist would not diagnose MDD within the first two months following the loss, as the symptoms were thought to be due to grief. However, new studies show that MDD was being overlooked and individuals were not being treated properly. Thus, the DSM-V does not have a bereavement exclusion and allows for MDD as a diagnosis, even following the death of a loved one, if appropriate. The APA lists the following differences between grief and Major Depressive Disorder:

In grief, painful feelings come in waves, often combined with positive memories of the deceased; in depression, mood and ideation are almost constantly negative.

In grief, self-esteem is usually preserved; in Major Depression Disorder, corrosive feelings of worthlessness and self-loathing are common.

Since many believe that some form of depression is a normal consequence of bereavement, MDD should not be diagnosed in the context of bereavement since that diagnosis would incorrectly label a normal process as a disorder. And yet, research and clinical evidence have demonstrated that for some people, the death of a loved one can precipitate Major Depressive Disorder. However, it is a misconception that grief symptoms are identical to those of MDD. 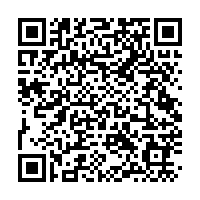