I read your column quite often and was very disheartened by the recent letter from the woman about the challenges of redting shidduchim. This woman seems to lay most of the problems single women have today on their mothers having unrealistic expectations. She also writes about the failure to appreciate the time and effort made by shadchanim on their behalf.

While I commend her for all of her efforts and think it is wonderful that she has made shidduchim, she is unfairly generalizing and placing blame – and failed to address any of the issues the men bring to the table.

After dating for nearly twenty years before meeting my husband and now redting shidduchim to others, I can confidently say that both men and women contribute to the many problems we see in the dating world today. In fact, when it comes to the more superficial aspects of choosing a spouse, such as an individual’s size and attractiveness, for the most part, a man’s unrealistic expectations far surpass those of the typical woman.

I still remember being on a date with a guy who said he appreciated the issues of popular tabloid magazines that featured celebrities without makeup. He said it helped remind him that women don’t always look perfect. How sad is it that an intelligent man, way past his teenage years, needed a reminder from a trivial secular magazine that women don’t roll out of bed looking as flawless as a model?

Recently, the mother of a twenty-seven-year old “boy” told me, “My son will basically compromise on anything, except for one thing. My son needs to marry someone very pretty…but not just someone that he feels is pretty…but someone who is seen as pretty by everyone who sees her.” I have cringed overhearing him refer to a girl as “ugly.”

And, you will find that women are more likely to date men who are overweight. Many men will turn a girl down if she is not a size two or four – even if he himself is overweight. Women tend to be more open-minded when it comes to age as well. There is a higher prevalence of women being open to dating younger men. I have met men as old as fifty who are still adamant that they want to marry someone in their twenties or thirties. Many refuse to go out with a woman who is exactly the same age as them!

There are so many men who have an idealistic, albeit unrealistic image of their future wife. They are rigid about their expectations of a woman’s physical appearance, occupation, family background and even where she attended elementary and high school. What’s so sad is that most of the criteria does not determine whether or not the young woman in question will make a good wife or mother.

Unfortunately, my father died when I was 32. A couple of years later, the mother of a young man I was redt to turned me down because, “My son needs to marry a girl who has both parents.” Though I wore a size 8/10 in clothes, I was rejected by a guy after one date because I was “too chubby” for him. He had the nerve to seek me out years later telling me that he heard I started working out and had lost some weight – he wanted to give me another chance. I was so open-minded and forgiving that I actually went out with him again, only to be rejected by him, again. I suspect I still didn’t look the way he envisioned.

One of the most absurd excuses I’ve heard was a guy who refused to go out with a girl because he did not like her name. I knew he was serious because he did not have any other information on her. He simply stated, “I don’t like that name and always promised myself I would not marry someone with that name.”

Dr. Respler, the shidduch crisis is not caused by one specific reason. There are a number of contributing factors. Rather than pointing fingers, we as shadchanim, whether professional or just simply dabblers, need to continue to set singles up in an attempt to find their basherts. By the same token, both men and women need to shed their unrealistic fantasies and remain open-minded. Hashem presents us with opportunities all the time. It is up to us to keep our eyes open so we can see who’s there.

I sincerely hope the writer will take a step back and realize how incredibly biased her letter was. May all the singles find their bashert b’karov and be zoche to build a bayis ne’eman b’Yisroel!

Thank you for taking the time to write such a comprehensive letter. I agree that we should stop blaming people and just continue to set couples up. I wish you continued hatzlocha! 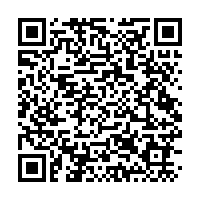