I’m writing to you about my granddaughter. Straight to the point, my very passive son and his equally passive wife leave their nine-month-old daughter with a babysitter who does not charge a lot of money. The woman is somewhat debilitated and also watches three other children.


As my husband and I have not been happy with the setup, we actually put a tiny hidden recorder in my granddaughter’s diaper bag and car seat. After viewing the footage, I have to say that if the babysitter were not frum, we would report her to the authorities. My granddaughter is in the basement for six hours, never taken outside and never held – as a matter of fact, because the carriage cannot be taken into the basement, she sits in her car seat all day.

I have offered to pay more money for a more capable sitter, but my son and daughter-in-law don’t feel there is any problem. My heart breaks for my grandchild and, as her parents are expecting another child, I am filled with worry that they will leave the new baby there as well.

I am hoping that you will respond to this letter. Advice from you, someone with authority, might help to wake them up.

Thank you for your important letter. You are correct that holding and touching a baby is integral to a baby’s development. Dr. Harry Harlow did a tremendous amount of research during the 1950s in the area of infant/child development and all of his studies have shown that when babies receive warmth and positive physical touch, their development is emotionally healthy. In his research with monkeys, he found that providing reassurance and security to infants kept normal development on track.

Harlow experimented with baby monkeys and two “monkey mothers.” One “mother” was wrapped in terry cloth and provided warmth and cuddling, while the other was made from mesh wire and only provided the monkey’s basic needs. When the monkeys were frightened by loud noise or strange objects, the babies who were raised by the terry cloth surrogates ran to their “mother” and rubbed against her for comfort. Then they were able to calm down and go back to playing.

On the other hand, the babies that received no comfort from the wire mesh surrogates did not retreat to their “mothers” when scared. Instead, they threw themselves on the floor, clutched themselves, rocked back and forth, and screamed in terror.

Harlow realized that this very closely resembled the behaviors of autistic and deprived children often observed in institutions as well as the pathological behavior of adults confined to mental institutions. The incredible power of attachment and loss over mental health and illness could not have been more dramatic. Furthermore, Harlow and his colleagues found that the impact of early maternal deprivation could be reversed in monkeys only if it had lasted less than 90 days. They estimated that the equivalent for humans was six months. After these critical periods, no amount of exposure to mothers or peers could change the monkeys’ abnormal behaviors and make up for the emotional damage that had already occurred.

As a therapist I have treated adults who were born premature and were put in the ICU. Over 40 years ago the NICU (Neonatal Intensive Care Units) were dramatically different. Parents were not allowed to touch their babies.

Baruch Hashem, for many years now, things have been different. Parents are encouraged to visit and touch and hold their babies. As a matter of fact there is a method called Kangaroo, in which the mother holds her baby skin to skin. This is done to establish a closeness between parent and child.

Of course, it is our hope that during the time your granddaughter is at home, she is receiving warm and loving care from her parents, making up for what happens when she is by the babysitter. But the situation is not ideal. The need for warmth and love is crucial. In fact, in some orphanages where babies were given no warmth and only physical care many of these children failed to thrive and even died as young children.

Perhaps you can show your son some of this research and offer again to help pay for a better babysitter. Just be sure that you are offering the money without any strings and that you explain it all to your son and daughter-in-law in a warm and loving manner.

In the meantime, try to give your granddaughter as much love and cuddling as you can when you are with her and try to visit often. Hopefully Hashem will put the right words into your mouth and you will be successful in helping your granddaughter have better care during the day! 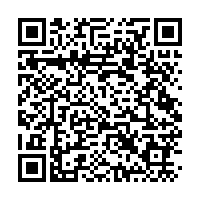