We are living in a world where fear has become the new norm. Unfortunately, due to the increasing violence and Internet-led coverage of terror and disaster, many more people are expressing that they are “feeling anxious” or they simply feel a lack of security in their lives.

Most people are not aware that anxiety disorders are the most common mental illness in the United States, affecting 40 million adults age 18 and older (18% of U.S. population).


And the cost to society is staggering. According to The Journal of Clinical Psychiatry, anxiety disorders cost the U.S. more than $42 billion a year, almost one-third of the country’s $148 billion total mental health bill. More than $22.84 billion of those costs are associated with the repeated use of health care services; people with anxiety disorders seek relief for symptoms that mimic physical illnesses.

So where does anxiety come from? Is it organic or genetic? Is it based on one’s personality and a possible series of traumatic events? A simple answer is that anxiety disorders develop from a complex set of risk factors including genetics, brain chemistry, personality and life events.

In this new series on anxiety, we explore both the causes and the cures for this painful spectrum of disorders and what sufferers of anxiety can do to relieve their symptoms.

Anxiety is a normal reaction to stress. Sometimes it can be positive, for example, if it helps you deal with a tense situation in the office, study harder for an exam, handle a new situation, or stay focused on an important task. In general, it helps people cope. But when anxiety becomes excessive, doesn’t fit the situation, or lasts a long time, it can get in the way of your everyday activities and may interfere with how you get along with others.

There are several types of anxiety disorders with a variety of symptoms. Some people have repeated short term episodes of intense fear, while others have exaggerated worry and tension most of the time or in everyday social situations. Sometimes, the anxiety comes with physical symptoms like heart pounding, trouble breathing, trembling, sweating or being easily startled. Other times, anxiety disorders can include ongoing, unwanted thoughts or repetitive behaviors.

The Fight Or Flight Mechanism

According to Marie Hartwell-Walker, an expert in anxiety and related conditions, anxiety rooted in stress is what is commonly known as “fight-or-flight.” It is a physical and emotional response to real or perceived danger. This kind of anxiety, although it can be very uncomfortable, is still very useful in that it helps us respond to a crisis. Intense worry about a sick child prompts us to prepare for any eventuality.

Stress anxiety is caused by a clearly identifiable event and fades as soon as the crisis is over. (Amusement parks make a great deal of their money by provoking this kind of anxiety. The jolt in your stomach when you speed down a roller coaster or when something jumps out at you is the fight-or-flight response in action. The rush of adrenaline feels so good, you want to take another ride.)

When Does Normal Anxiety Become an Anxiety Disorder?

Anxiety disorders take normal anxiety responses to another level. For people with anxiety disorders, worrying (or worrying about worrying) disrupts the flow of daily life. These worries and even the fight-or-flight adrenaline rush are not necessarily connected to any specific event. Often they happen for no apparent reason, and disappear as mysteriously as they started. What best characterizes an anxiety disorder is that it is out of proportion and out of the individual’s control.

What Causes An Anxiety Disorder? 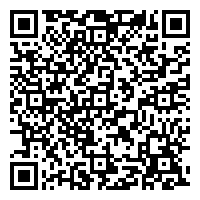