No, the above title is not a misprint of the ubiquitous, “If you see something, say something” campaign encouraging citizens to report suspicious packages and behavior to the police.  In these ads, often found in public places and synagogues, one sees a photo of a passenger with an unattended package nearby.

The ad requests that should one “see something” like the package, they should “say something” to the authorities.


As prudent and needed as these efforts are, the history of the Jewish people is intertwined with the belief that our relationship with each other and G-d is our ultimate defense against terrorism.  So it’s all the more important to be conscious of the effect our words can have on another. In this case, if we “say something” critical of someone, we need to be vigilant to “see something” in terms of the impact those words have on the other person and the community as a whole:

If we “say something” that is sarcastic or pejorative of an acquaintance, can we “see something” in their pained expression?

If we “say something” negative about a colleague, can we “see something” in the way such gossip spreads and damages his or her reputation?

If we “say something” in a loud, angry way to someone we love, can we “see something” in the distance and lack of trust which follows?

If we “say something” humorous about someone’s foibles or idiosyncrasies    masked in the form of a joke, can we “see something” in the look of embarrassment in his or her face as others laugh at our comment?

On the other hand, our words can offer a form of protection to our community by increasing the sense of unity and concern for one another:

If we “say something” validating someone’s good deed or character, can we “see something” in the way the other smiles and feels better about himself?

If we “say something” that prevents a quarrel among friends, do we “see something” in the preservation of a longstanding relationship?

If we “say something” critical to a family member in a gentle and loving way, do we “see something” in the bond which is strengthened?

If we “say something” from a place of acceptance and awareness of each individual’s unique role as part of the Jewish people, do we “see something” in the way bridges are created instead of broken between us?

Perhaps the most important lesson from the public “see something – say something” campaign is that it is designed to prevent a terrorist attack before it happens.  In our internal “say something – see something” perspective, the goal is to recognize the power of our words to hurt or heal before they cross our lips.

A story is told of Reb Eliya Lopian who was in a bomb shelter with others during the Israeli War of Independence. Reb Elya heard a few of these people speaking disparagingly of others and he suddenly left the shelter.  Some who witnessed his leaving shouted to him to come back and protect himself from the bombs outside.

Reb Elya explained that he felt in even greater danger in the midst of the harmful gossip being spoken inside.

Of course, bomb shelters remain a sad but necessary part of life in Israel.

And in America, it’s only prudent in light of 9/11 for people to beware of suspicious packages and people.  We live in a dangerous world and need to do whatever we can to protect our citizens.  But what is sometimes overlooked is an awareness of the Divine protection we can gain by the way we speak towards each other.  If we speak to and about others with respect and dignity today, we can see a more peaceful world tomorrow. 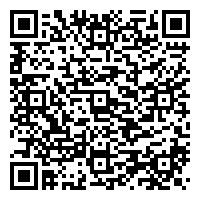