One of the most powerful dimensions of a successful marriage is a couple’s ability to keep focused on each other’s good points and unique personality traits. Too often, people become fixated on the negative, sweating “over the small stuff,” and forgetting the positive points that brought them together in the first place.

When I’m told by couples who have been married for ten or twenty years that they have lost their loving feelings toward one another, I respond by saying that it’s a matter of perspective. If they can change the way they view one another, they will also be able to change their feelings and actions. For example, when couples get married, most have an abundance of positive feelings toward each other. They are attracted to one another on an emotional and physical level. Yet, over time, feelings begin to change. Emotional inertia sets in leaving them with a gnawing sense of rejection and disappointment. To get over the emotional hurdle, they need to shift gears and contemplate all the right reasons they married in the first place. Ultimately, they need to focus on each other’s unique qualities and highlight their individuality.


One of the ways we help couples focus on their unique qualities is by going back to the beginning of their marriage and recalling with them the enthusiasm and exhilaration they had for one another. Reliving the engagement period is an easy way to get started. Most couples will fondly recall the excitement of shopping for their engagement ring. When they entered into the jewelry store, their eyes were drawn to the brilliance of precious stones, their unique sparkle, and the beauty of their settings which captured and displayed their radiance. Eventually they chose a ring that called out to them and said, “This one is unique, there is none other in the world like me.”

The ring, I explain, is an appropriate metaphor for marriage. One starts a marriage feeling that they have chosen their special “ring,” one so unique that it will never be found again. For the first few years, the ring maintains its sparkle. However, after five, ten or fifteen years, the brilliance can become dull. It’s a fact of life that the human eye becomes weary of even the most beautiful objects. When we see something all the time, we tend to lose sight of its beauty; we tend to take it for granted. The secret to a long and successful marriage – each individual must remind him or herself of the gem he or she found in the first place.

Shmuel, 30 and Rivka, 28, came to speak with me about their troubled marriage. He was a law student and rabbi, and she was an occupational therapist. Each was at the top of their class. They were charming, talented, and full of life, but somehow over the years, they lost their “spark,” and were more focused on pointing out each other’s faults rather then finding each other’s strengths. A common interchange would revolve around Rivka’s feelings that her husband had lost interest in their relationship and Shmuel’s feelings that she was overly critical of his behavior. They often fought about house cleaning, childrearing, and how money was being spent.

I suggested that reexamine the reasons they first got married. To start the process, I told them that even the simplest objects can be enjoyed. Take a rose for example and stare at it for several minutes. Look at how its petals are perfectly placed next to one another. See how each petal reflects varying shades of red and blends precisely to the petal that gently rests beside it.

You see, the more you look closely at something – even something as simple as a rose – the more beautiful it becomes. So too, in a relationship, a husband and wife need to think about their spouse’s unique identity, and by doing so, begin to appreciate the special “one” that they married. They need to appreciate their spouse for who they are instead of what they expect them to be or not to be.

Think about all the positive qualities inherent in most individuals:

It’s all about focusing on the good in one another and using that reference point to develop a better relationship. 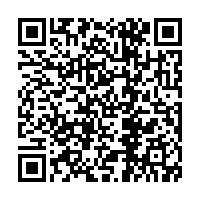