Mirroring is a good way to start actively listening. To mirror, you simply paraphrase or repeat back to your spouse what he or she is saying to you. For example, if one day he/she comes home and says to you: “I had a horrible day at work!” you reflect on those words by saying, “It sounds you had a terrible day at work.” Don’t try to editorialize or deny what is being said. Instead, allow your spouse to fully express his or her feelings, and encourage more communication by paraphrasing what was just said to you. Or, if your spouse had a hard day at school and was driven crazy by his or her students, show you know what he or she is going through by saying, “It sounds like your kids drove you crazy today.” Most of the time, validating feelings is really what your spouse needs from you.

Think about the last time you were frustrated and you tried to share your feelings with your parents or friends. What kind of response was more soothing? If they dismissed your feelings and said, “Oh, don’t worry about it. Tomorrow will be better?” or if they gently mirrored your words back to you and said, “It sounds like you had a hard day,” or, “That sounds rough. Can you tell us more about your feelings?” Most people appreciate having their feelings validated and knowing that someone is willing to listen to their pain or frustration.


The difference between the two styles is quite distinct, as the following two dialogues reveal.

In the first conversation, Rivkah doesn’t utilize the principles of active listening.

Chaim: I’m furious! I had a lousy day at work!

Rivkah: What? Were you late for work again?

Chaim: What are you talking about?

Rivkah: I told you last night to go to bed earlier and leave on time.

Chaim: That has nothing to do with it. It’s my boss. He’s out of his mind again. He is nervous about our deadline and feels that our department isn’t keeping up.

Rivkah: Well, I keep on telling you that you guys have to keep ahead or else.

Chaim: Give me a break! We are working as hard as possible!

Rivkah: I guess it’s not enough.

Chaim: How much can I possibly do?!

In the following conversation, Rivkah has learned the skills needed to be a good active listener, and she mirrors her husband’s feelings.

Chaim: I’m furious! I had a lousy day at work!

Rivkah: You had a lousy day.

Chaim: My boss was impossible! He has such a temper!

Rivkah: He was angry today?

Chaim: He couldn’t stop ranting and raving about performance.

Chaim: Give me a break! We are working as hard as possible!

Rivkah: You feel you are working as hard as possible. I’m sure you are trying your best.

Chaim: Of course we are. We are getting glitches all along the way from distributors.

Rivkah: You are frustrated with your distributors.

Chaim: Of course. I can’t control what they do. But my boss doesn’t care about reality.

Rivkah: You can’t control them or your boss either.

Chaim: That’s right. I feel so out of control.

Rivkah: That must be frightening and downright frustrating.

Chaim: I’m feeling out of control and I’m really scared about the future.

Through active listening, Rivkah was able to avoid pouring gasoline on an already explosive issue. Her husband was feeling overwhelmed with work stress, and it wasn’t only with his boss, but with the distributors as well. Instead of criticizing or dismissing her husband’s behavior and feelings, she aimed to listen to his inner message and uncover his more vulnerable emotions of fear and frustration. Practicing this kind of communication helps build a caring relationship — one that will enable more positive interactions and dialogue in other key areas of life. 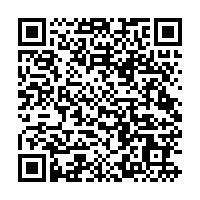