David and his wife had been married for 15 years and believed they knew what each other really wanted. While attending a marriage seminar on communication, David and his wife listened to the instructor declare, “It is essential that husbands and wives know the things that are important to each other.”

Then he asked the men in the crowd, “Can you describe your wife’s favorite flower?”

Sometimes we think that someone is saying one thing, when actually, their message is completely different. Good communication, in all spheres of life, necessitates that you pick up on each other’s subtle signs and understand the feelings and emotions behind the words.

A few years ago when I was looking to buy a new car, I spotted a sign at a local car dealer that read “Brand New Sedans at Low, Low Prices.” Enthusiastically, I walked in expecting to find the ride of my life. Within seconds, a blue sedan caught my eye, and I quickly hopped into the driver’s seat, started playing with the console, and sunk into the extra-plush leather seat. I knew right away that I found the car I was looking for. At least that’s what I thought.

Suddenly, a car salesman woke me out of my almost dream-like state.

“These cars are not for sale. I think you made a mistake,” the assertive salesman said to me.

“Are you sure you don’t want something else? How about a larger minivan with a CD player — something your kids would love,” he asked.

“No thanks. We already have a Town and Country. I’m looking for something for myself.”

“Yourself? I guess you think one van is enough for the family.”

“Of course ONE is enough. Can’t you just show me a similar sedan to the one I want?”

“Well, we have smaller sedans, but they are pre-owned.”

“That’s what we call it in our industry, ‘pre-owned.’”

“Well, we used to. Now we have compacts and minivans. Are you sure we can’t find a real deal for you?”

Like most unsuspecting car buyers, I walked out disappointed and downright annoyed that I was saying one thing and he was hearing another. In fact, we were speaking two totally different languages. He assumed that he knew what I wanted, but in truth, he was only interested in fulfilling his own narrow agenda.

Couples often fall into this same pattern – speaking without first listening to what their spouse is trying to tell them. They make the mistake of assuming one thing when their spouse’s mind is moving in the opposite direction.

So what are the ways couples can improve their ability to communicate effectively in marriage and create a language of love? According to the latest theories in communication, the most important areas of focus are:

One of the most essentials techniques in improving communication is active listening. Active listening, as opposed to simple listening, is when couples pay close attention to each other’s words and feelings. Instead of assuming that they automatically catch their message, they go the extra mile and listen carefully to their spouse’s “inner” voice. Active listening encourages people to download their thoughts to someone who will listen without being judgmental.

Imagine how good it feels when someone who matters to you listens. We each feel comforted when a good friend, teacher or spouse spends a few minutes listening to us. That’s because good communicators perceive communication as a two-way street, where listening is as equally important as is speaking one’s mind. Unfortunately, many people believe that the purpose of communication is to simply get another person to do what they want. From their perspective, communication is merely a way to achieve certain goals, such as acquiring possessions, making money, attaining valuable services, and so on. Yet, in marriage, communicating is about more than just achieving an end; it’s a means to achieving a closer and more intimate relationship. 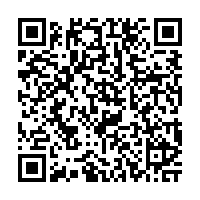