The week before Pesach my husband and I celebrated nine years of wedded bliss. To celebrate, we took part in a lovely event organized by Aden Ratner-Stauber held in the Chevra Ahavas Yisrael shul, where we, along with a dozen other couples, signed a halachic post-nuptial. The document, known as either a pre-nuptial for before a couple is married, or post-nuptial for those already married, states that in case of divorce, we will abide by the ruling of the Beit Din of America in regards to the giving and accepting of a get. If either party refuses to attend or to accept the arbitration, the refuser must pay the other party the mezonot obligation as stipulated in the ketuba at a daily living rate of $150 a day. As the monetary fee is not a fine, merely an enforcement of an obligation listed in the ketuba, the document cannot be considered as forcing a get.

Sounds romantic? In fact, it was. By signing the document, my husband and I are saying that our love and devotion to each other are so strong that we do not want the power to hurt each other. In addition, by signing the post-nuptial, I am further supporting the standard that a halachic prenuptial should be signed by everyone, much like a ketuba is signed by every couple, and a valid will and an active life insurance police is considered essential. Of course, we hope to never need those documents, but that doesn’t negate the responsibility to have them. The more widespread the prenuptial becomes, the more likely that a hapless person who might end up in a dead marriage in the future will have one.


Don’t think it could happen to you or yours? I’ll never forget the Sarah Jessica Parker lookalike I met at a bar mitzvah not too long ago. After I complimented her on her beautiful children crowding around, she smiled and thanked me, adding “God willing, I will receive my get this Tuesday!” No one would ever suspect that this happy, accomplished woman would be trapped in a dead marriage.

The event was the very first pre-post nuptial party in a Chassidish/Chareidi venue and was aimed towards de-shrouding the mystery of the document and educating the public. Aden, the evening’s hostess, thanked the co-sponsors, including Allison Josephs of Jewinthecity.com, along with the rest of us for coming. Then, she emotionally thanked Hashem for giving us a perfect Torah and the ability to do something when it and people are being abused.

Rabbi Chezzie Denebeim, the rav of Chevra Ahavas Yisroel, spoke about Pinchas who saw something and did something. He referred to the Lubavticher Rebbe who said that one small act is a better than a thousand sighs. Rabbi Chezzie reminded us that Avraham Avinu merited receiving Divine Revelation because while he was about to execute the most difficult mitzvah of all, the sacrificing of his only child, he was b’simcha. Sometimes when we see injustice, we get angry, but if we want to see Divine Revelation and intervention, we need to remain calm and joyous that we have the opportunity to do good. He also added that although many prominent rabbanim have publicly backed the halachic pre-nuptials, including HaRav Ovadia Yosef zt”l, Rav David Cohen, Rav Yitzchak Yosef, Rav Osher Weiss, Rav Yitzchok Berkowitz, Rav Zalman Nechemia Goldberg, and Rav Moshe Gutnick, (for the full list, go to Jewinthecity.com/getrefusal) there are other rabbonim who are unsure about the pre-nuptial and how it could affect the delivery of a get.

Mindy Fersel, the Assistant Director of ORA, the Organization of the Resolution of Agunot, defined an aguna as someone who is trapped in a dead marriage because the spouse is refusing to give a Jewish divorce (98% of get-refusers are men, 2% are women). Mindy referred to Pesach, reminding us that just as we repeat traditions, searching for new meanings in ancient texts, so too we can find a halachic answer to this quandary. She concluded by saying that there are many diverse reasons for get-refusal, but every one of them is unjustified. It’s not who is right or wrong in the custody battle, or division of assets. The get is not and was never meant to be a bargaining chip. 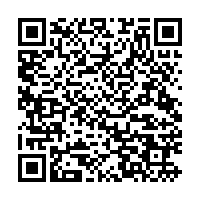