Q: I know you have written about sibling rivalry before and mentioned that it is normal and present in almost every family. There is definitely sibling rivalry between two of my children – but I wonder if it is something more. My fourteen-year-old son is constantly “tackling” and teasing my ten-year-old son. I keep thinking “boys will be boys,” but it has gotten to the point that I am worried about leaving them alone together. Do you have any suggestions?

A: Sibling rivalry is completely normal – and expected – in families with more than one child. Sibling rivalry arises when children live together and share the same resources, i.e., attention, toys, and food.

The bullying is done as a deliberate act of aggression.

The bully always has more power in some way (size, age, or maturity).

The bully intends to harm.

The bully threatens to harm in the future.

In addition, if your younger child complains of headaches or stomachaches a lot, especially when he has been home after school with his brother, this could be a symptom of bullying.

Many parents overlook what they believe to be normal sibling rivalry – even if they see physical aggression, hear insults, and get told about the threats. Sometimes, we think we need to teach our child to stick up for himself, so that he can learn how to respond to negative behavior in the future. In reality, when you ignore the repeated bullying, you are signaling to your child that his brother’s behavior is acceptable to you.

Instead, here are some suggestions of how to curtail sibling bullying:

Step in. When you see negative behavior – verbal or physical – place yourself between your two children and say, “I will not allow one child I love to hurt another child I love.” Do not listen if your child tells you he is “only joking.” Instead, tell him kindly and confidently that you don’t think the joke is funny and neither does his younger brother.

Notice when they do get along. Pay attention to the activities they are doing when bullying does not occur. Are they playing baseball? Reading together? Eating a meal? Whatever it is that they do well together, try to create more opportunities for them to engage in those activities. This will reinforce the positive elements of their relationship.

Consider the origin of the anger. Ask yourself why your son is displaying so much aggression towards your other son. Is he struggling in school or having a negative interaction with a friend? Perhaps your son is angry about something else, but is directing his anger towards his younger brother because he cannot confront the real problem. Talk to him about his actions and their consequences.

Perhaps the most important thing to remember is that when it comes to bullying – we are all participants if we stand by and do nothing. Through intervention, you can protect both of your sons. 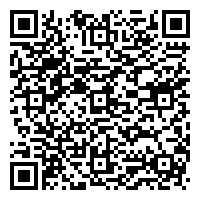