Picture this: A child is jumping around the room, arms flailing, and interrupting the teacher.

Was the child you pictured male or female?

Chances are, you imagined a boy.

Why? For many years Attention Deficit Hyperactivity Disorder (ADHD) has been diagnosed as a predominantly male syndrome. While it’s true that the majority of those suffering from ADHD are male, there are a surprising amount of women who deal with ADHD. According to one study at Harvard University, about forty percent of those with ADHD are women, however, many women are undiagnosed or misdiagnosed.

Many psychologists and educators theorize that girls are less likely to be diagnosed with ADHD because their symptoms differ greatly from those of boys. Whereas many boys with ADHD are running around and causing disruptions in the classroom, many girls with ADHD are simply staring straight ahead at the teacher but have no idea what is being said. These girls under-function throughout elementary school, even though they are bright. Many do not receive a diagnosis and simply believe that they are “not good at school.”

Many girls with ADHD are often labeled as “chatty,” and can constantly tell animated stories to their friends. Alternatively, they might be thought of as “daydreamers,” intelligent, but shy.  “Girls with ADHD remain an enigma–often overlooked, misunderstood and hotly debated,” says Ellen Littman, PhD, one of the first psychologists and researchers to focus on gender differences in ADHD and to advocate for a reexamination of how the disorder is defined.

So, what happens when these girls finish school without a diagnosis? What does it mean to be a woman living with ADHD?

ADHD and the Home

In our community, whether or not they have a career, women are solely responsible for planning many aspects of home life. On a typical day, a woman needs to keep track of her children’s after school activities and playdates, the grocery list, the dinner menu, and do the laundry. Keeping tabs on all of these different moving pieces can be overwhelming for anyone, let alone for a woman suffering from undiagnosed ADHD. For many, these tasks seem impossible as they consistently fail to maintain order. As a consequence, their self-esteem suffers because they feel that their failure is a reflection on their capabilities.

Many women who come to see me do not realize they have ADHD until they bring a child in for an evaluation. On occasion, after the child is tested, a mother will ask to speak to me without her child present. Often she will explain that through her child’s testing, she realized that she shares many of the same symptoms. It is only then that she realizes that perhaps her inability to keep track of all the different elements of her complex life has nothing to do with her intentions and everything to do with ADHD. Together, we then work out a plan to aid her in combating the disorder and adding some order to her life.

For women, there are many issues that coincide with undiagnosed ADHD:

Obesity and eating disorders. Research has correlated women with ADHD and a higher chance of being overweight or having an eating disorder. Since organization is used to plan a healthy diet and make time to exercise regularly, women with undiagnosed ADHD tend to grab quick meals or look to food to provide comfort from their other symptoms.

Addictions. Both men and women with ADHD are at a higher risk for harmful addictions such as substance abuse or gambling. This is because those with ADHD have weaker impulse control and therefore have more trouble stopping from engaging in this addictive activity.

Early intervention is the best way to avoid these coinciding problems for girls with ADHD, which is why getting a diagnosis is key. However, if as you are reading this article, many of these issues feel a little too close to home, just know that it is not too late to organize and classify all those overwhelming, stressful tasks. Diagnosis is the first step in process. Who knows, perhaps in a few months you will have figured out how to do a load of laundry, cook dinner, review homework, return phone calls, and plan a birthday party. But, maybe that’s asking too much of the modern mother! That’s a thought for another article… 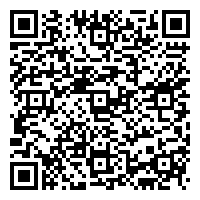