I am a born and bred American who has lived in Israel for the past thirty years, and though I go back and forth with a degree of frequency, I am sometimes at a loss when it comes to “new” American – or maybe East Coast – terms.

Someone once said to me, “Well, you’ll have a leg up on them.” I was shocked and asked, “Why would I want to pee on them?” knowing clearly that what dogs did when nature called was to put a leg up against a tree. “No, silly,” she replied, “it means get a rung up above someone as on a ladder!”


Recently I’ve been hearing about sliders. Not sure what they are? Neither was I, but that is the name for small-sized hamburgers. As only a foreigner can, I kept obsessing about why they are not called small hambers or small hamburgers. And then, as only a student of behavior (a psychologist) may be wont to do, I asked myself: “What does this change in vernacular mean?”

So I developed a theory. Recalling many happy early childhood experiences, I thought about going to the park and how we always sought out the slides; they were smooth and let one slide down without a hitch or snag. An “aha” moment: sliders don’t stick, they are smooth!

What does that say about today’s society, I asked myself. That people prefer their food to be as unstickable as Teflon? Certainly today’s communication via e-mail, Facebook, Twitter and the like, including the ubiquitous Whatsapp, has reduced the need to talk with people and communicate at length. Teens, and many adults, use emoticons and animated happy faces, as a way of communicating their feelings – why type words when a little button can let everyone know if you are happy or sad?

But is that communication?! And should anyone be surprised that children don’t talk to their parents, teachers or even friends about how they are feeling or what they are thinking about? Do they even know how to talk and think?

This plays out in my office when school administrators and parents ask me to help reach children and adults with communication disorders.

Two weeks ago I received a referral for a four-year-old with a “communication disorder.” His parents were going to place him in a special education program for autistic children. He wouldn’t talk to his kindergarten teacher, his cheder rebbe, the developmental psychologist who tested him and a host of other people. I met with him and his parents. I spoke to him and was quiet as he tried and failed to find words, and then began to do a Cognitive, Developmental and Language Assessment, all without him having to use spoken language.

He wasn’t even a bit autistic, he was actually quite communicative in his own way, and once I taught him to high five, he did so appropriately each time he finished a task. I assessed him as being of low to average intelligence, and having an expressive language delay. I imagine that once he has more direct language therapy and is taken to the zoo (always one of my recommended places as it is appropriate for all audiences), he will be taught the names of the animals and not just the sounds they make.

The rush to label him in a new parlance hasn’t helped him in the specific area in which he needs help. I find it is a form of fishing in a pond in which he didn’t swim.

Certainly, there are some who present with language delays and are later found to be on “the spectrum,” but he won’t be one of them and neither will the couple who text each other while in a two-room apartment! 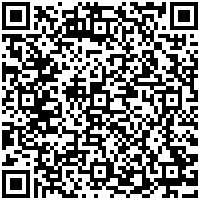