Question: There is a lot written about anxiety disorders and childhood anxiety. How do you work with parents and children in regards to their fears?

I try to focus on the parents in a way that is not often addressed. As soon as the child gets anxious, the parent gets anxious; in therapy I help parents address their child’s anxiety while also recognizing what’s happening to themselves. When parents don’t know how to deal with their own anxiety, they end up becoming helicopter parents. That interferes with the child’s process of healing.


Question: How do parents typically react to a child showing the first signs of an anxiety disorder?

Parents always come in with guilt saying, “What did I do wrong?” I try to tell parents that children are not born with an instruction booklet. Parents need to take a step back and think rationally about what’s going on with their child.

Question: How does the anxiety of one child affect the rest of the family?

When you have a child with anxiety everyone is affected by it. I worked with a family that had one daughter who refused to go to school after fifth grade because of her anxiety. Her sister was three years younger and sometime during high school the parents got a call from the school asking why their younger daughter had been out for eight weeks. It seems she had been hiding at the bottom of her bedroom closet for weeks. One anxious child in the home will cause the others to act out in some way.

Question: Is it ever too early for a child to start therapy?

I’ve adapted evidence-based treatment for children as young as three. It’s family-focused and involves parents playing and interacting with the children. I teach the parent to coach his or her own child to become more courageous. It’s never too early to start treating an anxious child in therapy, but with younger children the work is more with the parents.

Question: What types of therapy work for anxious children?

Cognitive behavioral therapy (CBT) is the only treatment parents should be seeking for anxious children. This treatment teaches them how to soothe themselves, to put themselves to sleep at night, how to wait in line for something in a calm way, as well as deep breathing and relaxation strategies. Trials have shown that years after children start CBT, they continue to use the skills they learned during treatment. There is also some evidence that CBT keeps them away from substance abuse.

Question: What about medication?

We know how to treat children with anxiety in the short term, but there’s less research on the long-term effects of medicating them. We advise starting with CBT and add medication if it’s needed.

Question: Is there still a stigma about childhood anxiety?

The stigma is more with the parents than with the children themselves. Parents sometimes have an attitude: “I was brought up in the school of hard knocks, no one babied me.” There’s a fear that this will be on a child’s permanent record. Kids, however, talk more openly about their own anxiety. Its important to treat mental illness the same way you would treat a medical condition. We should never shame someone out of therapy.

Question: What about anxiety in adolescents?

I focus mainly on ages seven to seventeen, so a difference can be had early on. Anxiety in children usually manifests itself in separation anxiety, social phobias and generalized anxiety. Adolescent anxiety is now more like adult anxiety. I see a lot of adolescents who can’t advocate for themselves, they won’t apply to college or for jobs because they’re anxious about interviews.

With them we practice exposure; we create mock situations and practice applying for yeshiva/seminary, asking to go out with friends, speaking up for their needs. We imagine every situation we can to show them that even the bad stuff isn’t as scary as they think. The window of opportunity closes very quickly when you get to adolescence. 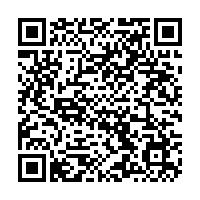