For many children, going to school involves spending their mornings and afternoons traveling to their destination amid classmates and chatter on a large yellow bus. But for a growing number of children all around the world, the process of getting an education may involve no commuting at all.

The number of homeschooled children in the United States continues to rise annually. The most recent statistics from the National Center for Education Statistics report the number as 1.5 million, an increase of approximately 76% over the number students who were educated at home in 1999. A study done by Brian Ray of the National Home Education Research Institute reports that as of January 2011, there were approximately 2.04 million students being homeschooled in America.

Historically, the concept of hiring professional teachers to educate one’s children was a luxury that was only available to those in the more affluent segments of society, but by the mid 1800’s, formal schools became the norm in the United States and it wasn’t until the 1970’s that people began advocating for the right to educate their children as a way of satisfying compulsory school attendance laws. In recent years, the number of children in grades kindergarten through twelve has continued to rise dramatically in families all across the socio-economic spectrum, not only in the United States, but also in other countries including the United Kingdom, Canada, Japan and Hungary. Statistically speaking, homeschooled students tend to outscore their peers on standardized achievement tests as well as on college admission tests including the SAT and ACT.

According to studies done by the National Center for Education Statistics, parents reported that the main reasons for homeschooling their children included improving the level of education, religious reasons, poor learning environments in the schools, a desire to create more family time and increased financial burdens.

For Jewish families faced with multiple yeshiva tuitions during a particularly difficult economic time, homeschooling has become an increasingly attractive option and the number of Orthodox Jews who homeschool their children continues to rise annually.

Baltimore resident Yehudis Eagle is now in her twentieth year of homeschooling her children.

“I read about home education when I was expecting my first child and the idea was planted in my head that this is a possibility,” the mother of eleven told The Jewish Press. “I did a preschool situation with my son, and as soon as the little yellow school bus carried him off for the first time, the idea that had been planted earlier began to sprout.”

Mrs. Eagle and her husband Dovid, a lawyer who practices in Wilmington, Delaware, spent time discussing their educational goals for their children.

“We spoke about what we wanted chinuch to mean for our family and the primary factor was chanoch l’naar al pi darko, how every child deserves an education that is tailor made for them. We realized that that objective could be best achieved in a home education system.”

Currently the Eagles are homeschooling their five youngest children, ages thirteen, eleven, eight, six and four. While to date the six older Eagle children have elected to pursue their high school educations in conventional institutions, Mrs. Eagle admitted that she would love the opportunity to homeschool a child through the upper grades as well.

“Homeschooling is a wonderful choice for a frum family,” explained Mrs. Eagle. “This is the way we live and learn together and it is so enhancing of family relationships. What could be more important than building relationships between siblings?”

In an interview with the Jewish Home School Blog, actress Mayim Bialik, an outspoken advocate of homeschooling, listed the benefits of educating her two young sons on her own.

“Time with our kids, getting to see every shift and change in their ability, interest and wonder. Allowing their neshama to come through every day because the world is so open to them…My husband and I enjoy the flexibility: traveling, scheduling outings and such on our own time. We like our children not being held to some standard of what other kids are doing as their defining label.”

While many would question whether or not home-schooled children experience the necessary socialization, Mrs. Eagle insisted she has found it to be a non-issue. 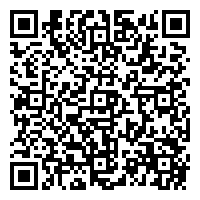