“Mrs. Schonfeld, from your radio recording, I think my daughter has ODD. She is so stubborn and I can’t ever get her to do anything that she doesn’t want to do,” a parent recently told me.

As our interview continued, we discussed the definition of explosive children (or those with Oppositional Defiant Disorder). For starters, they are easily frustrated, demanding and inflexible.  When things don’t go their way, they react with violence or rage.  Their siblings are afraid of them.  Their parents constantly walk on eggshells, terrified of the next outburst.  They barely have any friends.  And they can erupt in temper tantrums, kicking, screaming, sudden outbursts, and verbal or physical aggression – usually in response to relatively benign situations.

Explosiveness is not confined to a type or a gender. It comes in male and female children, and in all ages, shapes and sizes. Some blow up dozens of times a day, others just a few times a week.  Some “lose it” only at home, others only in school, and still others in any conceivable location.  Some scream when they become frustrated, others become physically or verbally aggressive.  Dr. Greene, a psychologist who specializes in explosive children, emphasizes that “these children have wonderful qualities and tremendous potential.  In most ways, their cognitive skills have developed normally.”  Yet something is wrong.  They can’t properly process frustration or disappointments like everyone else.  And they need help in trying to fix the problem.

While some explosive children are stubborn, they should not be confused with each other. In fact, stubbornness, or not being easily swayed from an objective, is not necessarily a bad thing. As I later discovered in regards to the parent and child in my office, the daughter was simply stubborn. The first step to harnessing the positive characteristics of stubbornness is to understand them.

The Upside of Stubbornness

Self-confidence. Children who are stubborn are sure of themselves and the world around them. They know what they want and they believe they know how to get it. This self-esteem will only blossom as they grow.

Tenacity. Strong-willed children are not afraid to keep trying until they get what they want. They will persevere until they accomplish their goal. When a person is focused on positive goals, perseverance is an excellent quality.

Problem-solving. When forced to solve problems on their own, stubborn children will pursue multiple avenues to achieve their goal. Later in life, these problem-solving skills will become essential.

Evidently, there are a lot of benefits to being strong-willed, but as a parent, dealing with a stubborn child can be very difficult. What can you do to make life more manageable?

Let him be heard. Sometimes, just listening makes a huge difference. If your child feels powerless, he is more likely to put his foot down in regards to inconsequential issues just because he feels the need to be in control. Therefore, let him decide some of the small stuff: his winter coat color, his next playdate, his after-school activity or dinner menus for a week. In the long run, you will both be a lot happier because he will not feel the need to throw his weight around needlessly.

Compromise. Life is sometimes about doing things you don’t want to do in order to get the desired results. For instance, if your son refuses to share his toys with a friend, you can explain that by not sharing he might prompt the friend to not want to play in the future. Compromises are huge steps for stubborn children and the earlier they learn to accept them, the smoother their lives will be.

Lead by example. Though you might not like to admit it – there is a chance that your child’s stubbornness is genetic. Perhaps you also like things to go a certain way and dig in until you accomplish that feat. Of course, at times this can be wonderful, but perhaps you do this with your child as well. Do you have a vision of what he should be eating, wearing, saying, and doing? If so, maybe you can teach your child to compromise, by doing so yourself. Modeling the ability to give in with grace will teach your child the same skill.

Start small. Whatever the conflict, introduce change in a small way. If your child is an extremely picky eater, give him a tiny portion of the unwanted food along with the rest of his dinner. Be sure not to say, “Just try a tiny bite,” because he might be looking for a chance to fight with you. Chances are, if a tiny portion of food shows up on his plate day after day he will be curious enough to try it.

Give the illusion of choice. As the parent, you know what’s best and while it’s important to teach your child about compromise through your own behavior, there are times when you simply cannot compromise. In those instances, try to give your child the illusion of choice. That means, instead of telling your daughter that it is time to get out of the bath, ask her, “Would you like to drain the bath or should I?” Or, if it’s bedtime and your son wants to stay up later, tell him that he can play or read quietly in his room if he chooses, but cannot be outside of the room. This way, he makes the decision to go to sleep or stay awake, but you have a quiet home.

The methods parents and educators use to help children with ODD or children who are stubborn are different in many ways. Thus it is important to figure out exactly what is making your child act the way that he or she is acting. With this knowledge, you can better solve the issue and the whole family can live a happier and more productive life. 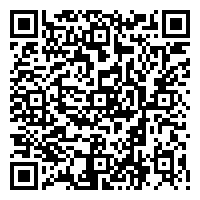