“It will all work out. I promise,” Chaim reassured Mindy.

“No, it won’t,” Mindy replied. “The helium will run out so we won’t have enough balloons, the clown will forget that we are booked for today, it will rain and the house will be too small to fit all of the kids, the food I prepared won’t be enough for all of the children and Shevi’s party will be all ruined.”


“Mindy, you always do this. You go through all of the things that go wrong before any big event. Don’t worry. It always works out,” Chaim pleaded.

“Yes, it always works out, but that’s because I plan for the things that could go wrong! I make sure we have extra helium, I confirm with the clown, I clear out the toys from the basement, and I make sure I have extra food in the freezer to pop in the oven I keep hot for that purpose.”

In American culture, there is a large emphasis put on optimism. We are told that we need to think positively and that things will work out. For a lot of people, this type of outlook is beneficial and healthy. However, optimism is not a one-size-fits-all affair. Positive thinking works for some, but not for all. For people who have anxiety, optimism can be very difficult and unproductive. Instead, anxious people can harness that anxiety and use it in order to ensure that they do succeed.

This approach is what Julie Norem, the author of The Positive Power of Negative Thinking, calls defensive pessimism. She explains that defensive pessimism encompasses an entire process by which negative thinking transformed anxiety into action.

Like Mindy in the scenario above pointed out, “Don’t worry, it will all work out” does not always come true. Worrying and preparing yourself for the worst can help. And that is exactly what defensive pessimists do. Before going into a stressful situation, they set low expectations for themselves and then follow up with a list of all the things that can go wrong.  Once they have figured out all of the bad things that can happen, they can begin to prepare to prevent them or to prepare to deal with them when they occur. This gives those with anxiety a sense of control.

In reality, roughly thirty percent of Americans are defensive pessimists, and they tend to also be highly successful. Their beliefs in negative outcomes tends to motivate them to perform better in the future.

Some of the most surprisingly and uplifting responses Norem got to her book were the positive comments from people who had been practicing defensive pessimism for years. Many of these people were told, “Look on the bright side!” “Don’t worry, be happy!” And it just did not sit right with them. Research shows that if you pressure defensive pessimists into being optimistic or try to change their mood, you end up with very poor performances. So, for a lot of people, like Mindy perhaps, Norem’s book was vindication of years of negative thinking that produced positive results. After hearing her speak, one woman told Norem, “I’m so glad that my mother and my sisters were here with me! They’ve always worried so much about the way I am. Now I can just remind them that I’m a defensive pessimist and they don’t have to keep trying to change me.”

It’s not always necessary to buy into positive thinking. Instead, if defensive pessimism works for you, go with it! There are plenty of successful people who see the world with grey colored glasses.

Take the quiz below, based on Norem’s research, to find out if you fall into the defensive pessimist category yourself! 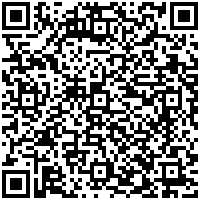