I watched them tearing a building down,
A gang of men in a busy town.
With a ho-heave-ho and a lusty yell,
They swung a beam, and the side wall fell.
I asked the foreman: “Are these skilled –

And the men you’d hire if you had to build?”
He gave me a laugh and said: “No, indeed!
Just common labor is all I need.
I can wreck in a day or two
What builders have taken a year to do.”
And I thought to myself as I went my way,
Which of these roles have I tried to play?
Am I a builder who works with care
Measuring life by a rule and square?
Am I shaping my deeds to a well made Plan,
Patiently doing the best I can?
Or am I a wrecker, who walks the town
Content with the labor of tearing down?
― Edgar A. Guest

I think we all want to be the skilled laborer who build things up, rather than the unskilled laborer who knocks things down. The same goes for our emotional landscape. All of us wish to act in kind, compassionate and intelligent ways. We all wish to build character. But, is there a blue print to character-building? Can you simply build it because you want to?

In his book The Road to Character, New York Times columnist David Brooks attacks this question. He begins by describing what Rabbi Joseph Soloveitchik explains in his 1965 book The Lonely Man of Faith. In it, Rabbi Soloveitchik differentiates between Adam Harishon’s impulses. He labels the dueling part of man’s nature: Adam I and Adam II.

As Brooks explains it, “Adam I is the worldly, ambitious, external side of our nature. He wants to build, create, create companies, create innovation. Adam II is the humble side of our nature. Adam II wants not only to do good but to be good, to live in a way internally that honors God, creation and our possibilities. Adam I wants to conquer the world. Adam II wants to hear a calling and obey the world. Adam I savors accomplishment. Adam II savors inner consistency and strength. Adam I asks how things work. Adam II asks why we’re here. Adam I’s motto is ‘success.’ Adam II’s motto is ‘love, redemption and return.’”

Today, we seem to live in a world that favors Adam I. As Brooks argues, today we live in the world of “big me” or “look at me, I’m spectacular!” rather than that of “little me” or “How do I fit in and contribute to the world around me?”

In his book, How Children Succeed: Grit, Curiosity, and the Hidden Power of Character, Paul Tough argues that it is non-cognitive skills like persistence, self-control, curiosity, conscientiousness, grit and self-confidence that are crucial to character building and success later in life.

He writes that most people have the “cognitive hypothesis,” the belief “that success today depends primarily on cognitive skills – the kind of intelligence that gets measured on I.Q. tests, including the abilities to recognize letters and words, to calculate, to detect patterns – and that the best way to develop these skills is to practice them as much as possible, beginning as early as possible.” Or, as Rabbi Soloveitchik would put it, “Adam I” skills.

Instead, Tough explains that in light of his extensive research (and the research of others), he believes we should ascribe to the “character hypothesis.” In other words, the best way to get ahead in life is to build character (Adam II skills). And, how is character built? According to Tough, character is created by encountering and overcoming failure. And, character is just what children need to continue to succeed in the classroom and beyond.

It is just this persistence or perseverance that we need to teach our children. When struggling, we need to push ourselves in order to reach our goal. Like all non-cognitive skills, persistence cannot be taught through a worksheet. As parents, we can be role models for our children and teach them that when things are tough, they still need to keep trying. Setting our own goals (whether they are fitness, educational, or personal goals) and then sharing our triumphs and failures with our children will teach them that it is okay to fail and then keep on working towards a goal. Parents and educators need to model persistence and encourage second, third, and twentieth tries.

Self-control. A famous study in the 1960s, often dubbed the “marshmallow study,” tested children on their self-control. The very young children were handed a marshmallow and told that they could get a second one if they waited until the researcher came back before eating the first one. Some children ate the first marshmallow right away, while others sang or talked to themselves, and thus received a second one. The researchers then followed these children for the next several decades.

What the researchers found astounded them. Those children who had managed to control themselves in order to get the second marshmallow had more successful marriages, careers, and lives in general. The ability to control themselves and delay gratification ended up allowing them to set goals and achieve them even if it meant waiting a bit along the way. Helping children set goals and then working with them to achieve them is an excellent way to develop self-control.

Curiosity. Curiosity is about asking questions and wanting to know how the world works. The truth is that you cannot “teach” curiosity. You can, however, model curiosity when your children are little – asking your own questions and working with them to look them up. You can also answer their questions, regardless of how silly or frequent they are. These questions will get longer and more important and as time goes on your children will develop skills to answer them themselves.

Self–confidence. Self-confidence is about believing in yourself. In order to take risks, fail, and continue again, you need to be confident that you are strong and capable. Part of self-confidence comes from success – and part of it comes from overcoming failure. As parents and educators, we have to let children fail when they deserve to fail in order to help them learn to overcome that failure.

As parents, educators, and members of a community, we can all take steps to gain a bit of humility, learn perseverance and self-control, and build character in the process. 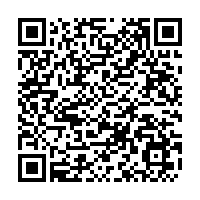