Everything’s wrong,
Days are too long,
Sunshine’s too hot,
Wind is too strong.

Clouds are too fluffy,
Grass is too green,
Ground is too dusty,
Sheets are too clean.

Stars are too twinkly,
Moon is too high,
Water’s too drippy,
Sand is too dry.

Rocks are too heavy,
Feathers too light,
Kids are too noisy,
Shoes are too tight.

Folks are too happy,
Singin’ their songs.
Why can’t they see it?
Everything’s wrong! –Shel Silverstein

Many people get angry about things that they have no control over. What many of us don’t think about are the ways in which children can respond in anger to the world around them over which they have little too no control.

“Young children have a lot to be angry about,” asserts Joshua Sparrow, an expert in children’s behavior who has written on the topic for Scholastic Publications. “They’re not allowed to do everything they want, they fail at many things they try to accomplish, and bigger people are always telling them what to do. Inevitably, a child – who finds it hard to control his impulses – will seek to protect himself by going on the offensive.”

According to Sparrow, a young child needs to learn that anger is the name he can attach to certain feelings, as well as the physical sensations that arise with anger – a pounding heart, heavy breathing and a feeling of getting warm. “A parent or teacher can help the child when things flare up by specifically acknowledging and naming the emotion,” Sparrow says. “The adult should say, ‘I can see that you are angry right now.’ The adult should also point out to the child the exact triggers that set off the youngster’s angry feelings – this will enable the child to focus on, and ultimately learn to manage, the kinds of situations that make him want to scream and kick.”

Leading children’s mental health professionals offer a number of further tips for how to handle a young child’s anger. Fritz Redl and David Wineman, whose work has been cited by the US Department of Health and Human Services, favor a positive approach that can help prevent anger from building up in one’s child in the first place. “Make it a point to tell your child which of their behaviors pleases you,” states Redl. “An observing and sensitive parent can find numerous opportunities to make such comments as, ‘I appreciate your hanging up your clothes even though you were in a hurry to go out and play’; ‘You were really patient while I was on the phone’; ‘I’m glad you shared your snack with your sister’; and ‘I like the way you came in for dinner without being reminded.’ These types of statements will reinforce the child’s subconscious willingness to behave well.”

In his clinical experience, Wineman has found that teaching children to express themselves verbally can forestall pent-up frustration that leads to anger. “Talking helps a child have control and thus reduces ‘acting out’ behavior,” Wineman explains. “A parent or teacher should encourage the child to say, for example, ‘I don’t like your taking my pencil; I don’t feel like sharing right now.’” Wineman’s other suggestions for positive action to prevent anger include encouraging children to recognize their strengths as well as their weaknesses, so that they can develop a healthy self-image and believe they can reach their goals; providing physical outlets that will enable the child to engage in exercise and movement, thereby reducing the accumulation of stress and negative emotions; and modeling appropriate behavior that will gradually influence the child to behave in a similarly productive fashion.

According to these two respected professionals, an adult can take a variety of concerted actions to “adjust the climate” and head off the escalation of a child’s anger when a situation begins to heat up. “Parents and teachers should try to plan the surroundings so that certain anger-inducing moments are less apt to happen,” Redl says. “If an activity is beginning to generate tension between the participating children, stop the activity and substitute a more desirable one.” Redl also recommends using closeness and moderate touching to defuse a child’s imminent outburst. “When a familiar adult moves physically closer to the child to express interest in the child’s activities, the child is likely to calm down and feel happy that the adult wants to get involved in what he is doing.” Similarly, the behavioral expert advises that when a child is about to use a toy or tool in a destructive manner, the adult in charge should intervene by expressing interest in having the item shown to him.

Wineman believes that a parent can often nip anger in the bud by simply speaking to their child in a pointed yet positive way. “Tell your child how you feel about their action and ask for consideration,” he suggests. “For example, you can gain your child’s cooperation by saying, ‘I know that noise you’re making doesn’t usually bother me, but today I have a headache, so could you find something else you would enjoy doing?’ This type of direct appeal is likely to draw an accommodating response.” Wineman further advises explaining a stressful situation to your children to help them decipher its cause. “We often fail to realize how easily young children can begin to act properly once they understand the root of their frustration,” he notes.

While emphasizing the great value of taking positive measures to avoid a child’s eruption of anger, the two behaviorists nevertheless advocate a simultaneous setting of limits. According to Redl and Wineman, parents and teachers should not hesitate to say “No” in a calm yet assertive manner; limits should be clearly explained and reinforced, and children should be free to function within those limits. These experts also recommend telling the child that you accept his angry feelings, but wish to offer other suggestions for how to express them.

I’ve also written extensively about Dr. Ross Greene’s work with explosive children and his groundbreaking “Plan B” to help children overcome their oppositional behavior. If you’re struggling with children who get angry because the sunshine’s too hot or sand is too dry, you might want to consider giving his methods a try! 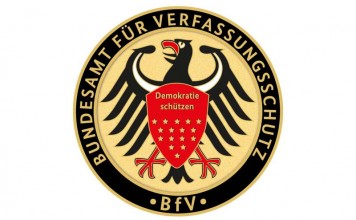