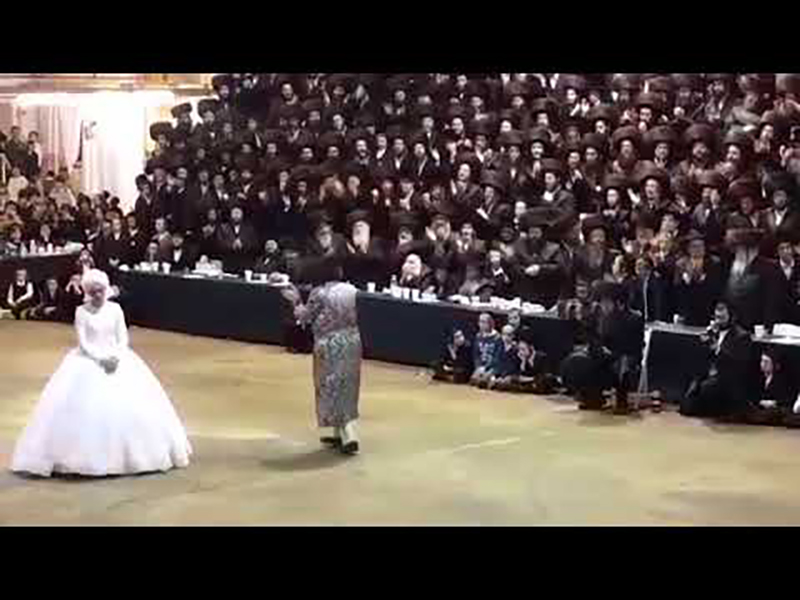 Editor’s note: With the Bobov-45 Rebbe recently issuing new cost-saving wedding guidelines for his chassidim, we thought it timely to republish this article by Rabbi Emanuel Feldman, brother of Ner Yisroel’s Rabbi Aharon Feldman and rabbi emeritus of Congregation Beth Jacob in Atlanta, GA. The article originally appeared in the mid-1990s in Tradition; where Rabbi Feldman served as editor-in-chief for 13 years.

The wedding invitation is embellished with endless declarations of baruch HaShems, im yirtze HaShems, and acknowledgments of God’s goodness. The first page of the invitation is in Hebrew, and only on the second page is there an English translation, together with the admonition to ladies that they must dress modestly. It will take place at a luxurious wedding emporium, with the best caterer and the strictest possible hechsher. It is going to be the very model of a modern frum wedding.

The hour for the chupah comes and goes, but time is irrelevant when the smorgasbord tables are piled shoulder high in meats, fish, chopped liver sculpture, and a variety of drinks soft and hard. Waiters hover nearby, offering more drinks and more delicacies. The wedding is running very late; one might as well fill the time by filling the stomach. If this is merely the smorgasbord, can the dinner be far behind?

The chupah, two hours late, finally begins. As the principals gather on the platform, the din of chatter does not abate. There is a momentary hush when the bride glides down the center aisle, but as soon as the ceremony begins, the interrupted conversations carry on. Beyond the first row of guests, neither the ketuba nor the berakhot can be heard above the talk. The ceremony, clearly, is only an unavoidable interlude before the main meal.

The tables are laden with a riot of sumptuous flowers, and the dinner itself is an endless affair, with different types of precious breads, entrees, soups, varieties of chicken and meat, several desserts, and a Viennese table that out-Viennizes the Viennese: a ten-coarse dinner. Since this is a very frum wedding, men and women do not sit together. And it is all glatt, perilously close to glatt gluttony.

The music provides an appropriate ambience for the food. Loud and pulsating, the noises emanating from the bandstand are to good music what this food is to fine dining: a grossly exaggerated caricature. The jungle beat of percussion and drums dominates. One must shout in order to be heard. But with so much food, there is no time to converse about anything.

The music is set to Hebrew words and Biblical phrases, but there is no connection between word and melody, only a confusion of noises and a harsh jangling of sounds. In these holy words, set to the profane rhythms of the street, there is no relationship between form and function. The words are the words of Jacob, but the beat is the beat of Esau, a transmogrification of the sounds that Moshe Rabbeinu must have heard when Israel danced around the calf: kol ‘anot, the wild sound of tumult (Exodus 32:18).

Even when they play what had once been sweet and affecting Jewish melodies, the music is distorted by the raucous tempo and the insistent, strident rhythm of the jungle. One does not have to be a musicologist to detect the unmistakable echoes of rock, reggae, hip-hop, western, and even rap. The very people who so zealously strive to hermetically seal off their homes and lives from outside influences, and who are so vigilant about the prohibition of behukoteihem lo telekhu, are somehow oblivious to the depraved echoes of the street that seep into one of the sacred moments of Jewish life. If, as R. Shneor Zalman of Liady once said, “melody is the pen of the soul,” what does this musical penmanship reveal about our souls?

One should not, by the way, assume that even the playing of tasteful music is without its halakhic questions. Following the dissolution of the Sanhedrin, all instrumental music was banned as a sign of national mourning. (Talmud Sota 48a, Gittin 7a, among other sources) This is codified by Ramabm (Hil. Taanit 5:14) and R. Yosef Caro in O.C. 560:3. It is only R. Moshe Isserles (ad loc) who permits instrumental music when it involves a mitzvah such as at a wedding, in order to enhance the joy of the bride and groom. One wonders how R. Isserles would react at the kind of instrumental music one heads at today’s weddings. He might be reminded of the comment of the Sages that he who makes a secular song out of verses in Shir Hashirim causes the Torah to wrap itself in sackcloth and to say before the Holy One, “Your children have made me as a harp upon which the frivolous (letsim) play their songs.” (Sanhedrin 101a)

In connection with this, a chumra observed by many residents of the Old City of Jerusalem is worthy of note. As a zecher l’hurban and a sign of mourning for the destruction of the Temple, they play no musical instruments whatsoever at their weddings in the Old City – only drums and vocal music. Since we live in a time in which people take a certain delight in new chumrot, perhaps this is a chumra whose time has come.

A non-Jewish friend recently married off his daughter in a church wedding. He described it to me. It was called for two p.m. on a Sunday afternoon. It began promptly. The reception consisted of tea, coffee, soft drinks, and pretty cakes and cookies. There was no dinner. The music, mostly Bach, Mozart and Mendelssohn, was provided by a string quartet. There was total stillness during the ceremony. My friend told me that not only was the occasion joyous, but it was also uplifting and inspiring.

This is a behukoteihem that we might want to emulate. When was the last wedding we attended that was religiously inspiring? Perhaps we should be concerned not only with the platitudes of our invitations and the glatt-ness of our food and dress, but also with Ramban’s warnings about naval bireshut haTorah.

A wedding, as rabbis never cease to remind us is kiddushin/sanctification. To be charitable, there surely is a spark of holiness that is hidden under the excessive food, the raucous noise, the endless talk, and the bacchanalian music that are the hallmark of our very frum weddings. But one has to be very charitable – and very diligent – to find it. 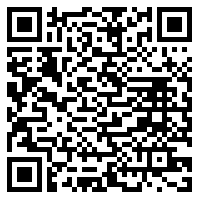