The Roth family of Jerusalem can tragically understand the Mandells’ experience only too well.


In tribute to Malki’s life, her parents, Arnold and Frimet Roth, established the Keren Malki Foundation to assist families with special needs children. Malki had dedicated herself to caring for those with disabilities, inspired by her own severely-disabled sister.

Keren Malki’s mandate is that the best place for children with special needs is within their own homes.

In the last year of her life, Malki, a gifted musician and flute player, wrote the lyrics and music of a song she planned to enter in a school musical competition. Though she completed the song and taught it to her friends, she did not submit it in time for the competition. Like most 15-year-olds, she possibly felt she had all the time in the world.

Her family became aware of the song’s existence only when visitors mentioned it during the week of shiva. In an outpouring of their sympathy, Malki’s friends reached out across Israel during that week of mourning in August, teaching Malki’s song to hundreds of children and teenagers in youth group summer camps throughout the country.

Since then, the words and music of her song continued to spread via a network of friends in Israel and other countries.  “Shir Lismoach” (in English “A Song of Joy” – or simply Malki’s Song) is upbeat and optimistic, exactly like Malki herself:

Each of us has a place in the World to Come

And that is already a reason to be happy.

We each have a spark and a start

And this is reason enough to be happy.

Each of us has a way of arriving

We all have a way back too

We each have hope and future

And a place in the World to Come.

On a personal note, I was Malki’s English teacher when she was in fifth grade and still remember her glowing, happy smile and vivacious personality. Her time in this world, like Kobi’s, was all too brief but these young people left behind inspiring legacies that truly are a blessing. 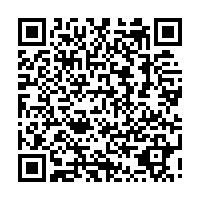