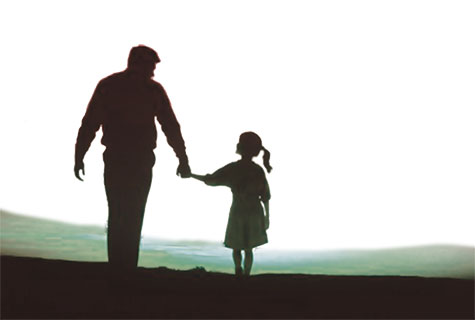 On September 18, 2002, Yossi Ajami, 36, of Jerusalem was killed when terrorists opened fire on his car near Mevo Dotan, close to Jenin. Although Aliza, his widow, has built a stable home for their four children, twelve years later, the family still struggles with the fiery pain of his loss. “How would Abba have reacted?”“I’m beginning to forget what Abba looked like.”

“I’ve learnt to give them their space and let them cry,” says Aliza when I meet her in OneFamily’s office in Jerusalem.

Yossi worked for the Barashi construction firm and the company was paving a bypass road around the Palestinian town of Ya’abad, eighteen kilometers west of Jenin. In 1981, Mevo Dotan was established south of Ya’abad and north of Shakeed. Then, in 1993, Al Rihan was built. Jews living in these yishuvim needed a safer way to travel and Yossi was helping to make this happen. As manager of the project, he stayed in an apartment nearby and commuted home to Jerusalem twice a week. With the Second Intifada at its zenith and the additional security risks involved in his work, Yossi often had a Druze guard by his side. Awareness of danger was something he lived with.

Then again, so did all Israelis. The day Yossi was killed there were two other attacks: a taxi driver was burned in his car, and a policeman was killed and three people wounded in a suicide bombing at a bus stop at the Umm al-Fahm junction close to Jenin. “It was a time when we lived with the sounds of bombs and sirens and the shaking of our houses,” recalls Aliza.

Five months earlier, Aliza gave birth to Mai, who was born with a congenital heart defect. Mor, their eldest daughter, was 11-years-old; Tzach nine-and-a-half and Eden eight. Thanks to the support of their families, particularly Aliza’s mother and younger sister, the family held together through a lengthy hospital stay, Mai’s heart operation when she was but a month old, and a long recovery period. By the time Mai was five months old, they had just settled into some sort of routine with Yossi once again sleeping over at work.

“The day he died, he woke up early to leave. Sleepily, I watched him kissing Mai’s chubby thighs. Because of her heart defect, she always slept by my side. I warned him not to wake her up,” recalls Aliza. The rest of the day was a harbinger of disaster. Aliza kept remembering the dream she had had the previous night: the family was sitting shiva for Yossi. Tzach refused to go to school and cried that this was going to be the blackest day of his life. Mai refused to stop crying. “It had been a long, hard day and I wanted Yossi at my side. At that moment, I decided that living with him absent for half the week was too difficult and I wouldn’t let him go back to work. I kept trying to call him, but there was no answer,” recalls Aliza. At about five o’clock, two policemen, a medical team from Magen David Adom, a social worker and the owner of the construction company knocked at the Ajami’s door. Aliza’s children realized what this meant before she did: “I told you it would be the blackest day of my life,” screamed Tzach. The family was told that two hours earlier, while traveling near Mevo Dotan, terrorists had opened fire at Yossi’s car. He was hit by a bullet and wounded. He lost control of the car, which overturned by the side of the road. 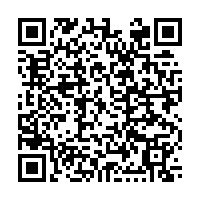