While this interesting Tanzanian sheetlet, Scott 683 (1984), appears to be delightfully pro-Israel, a closer look shows that anything even possibly suggesting Israel, Jews, or Hebrew has been carefully excised from the central stamp design. That is, the boy with the yarmulke has been cropped on the left; the southern border of Israel has been carefully cut on the top; and the Hebrew book at the right has been cut short right at the point where a Hebrew word appears. 
After Tanzania gained independence in 1961, its first leader, Julius Nyerere, supported the Palestinian right to self-determination, and though Tanzania had established formal diplomatic relations with Israel in 1963, it severed them in 1973, recognized the PLO as the legitimate representative of the Palestinian people, and became the first African country to allow the PLO to open an embassy (in Dar es Salaam).

During the 10 years of its diplomatic relationship with Israel, Tanzania benefited from development assistance and investments in agriculture, infrastructure development, and security cooperation, among other areas. Nyerere’s Ujamaa “villagization” program was widely understood as being modeled after the kibbutz system and his agricultural cooperative schemes were clearly adopted from moshav model. Many roads in the main city of Dar es Salaam, such as the Port Access road now renamed Mandela Expressway, were built by Israelis. The Israelis even built their own embassy there, which they had to abandon in 1973.

Relations between Tanzania and Israel were not restored until February 1995, when Nyerere was no longer in power. The majority of the other African countries that had broken ties with Israel in 1973 had reestablished them, with a big wave occurring between 1991 and 1994 as a result of the Oslo accords. Currently, Prime Minister Netanyahu is spearheading a major effort to improve relations with African countries, to woo African support in the United Nations and other international forums, and to enter into new trade deals and facilitate greater Israeli economic and technical support for African nations.

Einstein at the Kotel

What possible motivation was there for a Central American country to design such a Judaic-themed stamp? The simple answer: money. Beginning in 1975, Nicaragua produced a large number of stamps depicting personalities of interest to foreign collectors but with no relation to Nicaragua. This Einstein stamp, part of that series, was designed but never issued without an overprint.

Receipt for a Holocaust Survivor – a Sefer Torah

The American Jewish Joint Distribution Committee (also known as “the Joint”) is a Jewish relief organization founded in 1914 to provide assistance to Jews living in Eretz Yisrael under Turkish rule. Its primary mission throughout its history has been, and remains, to offer aid to needy Jewish populations around the world through a network of social and community assistance programs. After World War II, the AJDC played an important support role in preventing the mass starvation of the remnant of European Jewry that had survived the Shoah, shipping more than 227 million pounds of food, medicine, clothing, and other supplies to Europe. Moreover, it also fed the educational and cultural needs of the displaced, providing typewriters, books, Torah scrolls, ritual articles, and holiday provisions, and AJDC funds were directed at restoring a sense of community and normalcy in the DP camps with new schools, synagogues, and cultural activities.

Exhibited here is a July 17, 1947 receipt for a sefer torah issued from the AJDC Zone Warehouse in Munich by the Religious Department, bearing the official seal of the warehouse manager and listing the destination of this holy Torah scroll, itself a Holocaust survivor, as “the Federation of Sephardic Jews.” 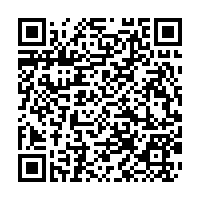