It is a very common misconception that Bambi was the brainchild of the world’s foremost entertainer of children, Walt Disney. To the contrary, the young fawn named Bambi was brought to life in Austria by an Austrian citizen named Felix Salten, and was born in the wooded wilderness of Germany in 1923.

Indeed, Salten is today best remembered for Bambi: A Life in the Woods (1923), a classic coming-of-age story that realistically depicts the danger and harshness of nature and the cruelty of man as Hunter. Years before the movie was produced, however, he had sold the film rights for $1,000 and, as a result, he never saw a cent from the blockbuster film. In turn, the buyer, director Sidney Franklin, sold the film rights to Disney. As the appellate court noted:

Bambi learned very early in life that the meadow, where his mother took him to graze and play, was full of potential dangers everywhere he turned. Unfortunately, Bambi’s creator, Mr. Salten, could not know of the equally dangerous conditions lurking in the world of copyright protection under the United States Copyright Act of 1909, particularly as it pertained to Salten… Upon publication, Bambi proved immediately popular in Austria and, when it arrived in the United States (1928) it quickly attained iconic status. In another one of those stunning coincidences that I love to feature as a hallmark of my Jewish Press articles, the official English translation of Bambi was written by Whittaker Chambers, who gained notoriety twenty years later as the chief accuser in the Alger Hiss case. German novelist Thomas Mann brought the novel to the attention of Walt Disney who, while materially changing the original story, nonetheless produced a poignant animated film (1942) that effectively retained Salten’s focus on the primitive beauty of nature and the cruelty of man. However, significant differences between the Disney film and the original work remained such that, although he liked the film, Salten always referred to it as “Disney’s Bambi.”

What few people know is that Salten was a proud Jew who was a fervent critic of Jews who sought to separate themselves from their Jewish heritage; that he was an active Zionist who spoke out in support of Eretz Yisrael; and that Bambi is actually an adult political allegory that presents the author’s pre-sentiments of the Nazi persecution of European Jews and the Holocaust to come.

Born Siegmund Salzmann in Budapest, Salten (1869-1945) and his family moved to Vienna at the beginning of the Jewish renaissance after Vienna granted full citizenship to Jews in 1867. When his father went bankrupt, young Felix left school for a position with an insurance company, but he began submitting essays and stories to various publications, with great success. He went on to write for newspapers and periodicals in both Vienna and Berlin, including the progressive Neue Frei Presse; served as editor of Berliner Morgenpost; and was a highly influential theater critic for Wiener Allgemeinen Zeitung as well as a prolific author of plays, novels, essays, screenplays, and operetta librettos.

Among his published works is The Hound of Florence (1923), a fantasy about a man who turns into a dog every other day, which Disney used as source material for “The Shaggy Dog” (1959).

Living in Austria until the Anschluss (1938), Salten was fortunate to escape the Holocaust by moving to Zurich. Exhibited with this column is a March 20, 1941 correspondence in which he refers favorably to the religious community of Zurich:

As per your wishes, my daughter has been speaking with Dr. Glenn…an American who has agreed to get the translation against a fee of Fr. 2.50 for the side. If this should be too expensive, you can consult the religious community in Zurich; it has been said to me that they would help in such things…

Bambi is actually an inspired work of Zionist children’s literature. The Jews and the deer share a life of brutal persecution in their respective diasporas, and the wandering deer and the “Wandering Jew” both seek a permanent safe haven. The heartbreaking separation of Jewish children from their parents, and the end of the comfort and security of their pre-Holocaust lives, is symbolized by the death of Bambi’s mother, a traumatic event that marked the first exposure of many young readers (and, later, film watchers) to death.

Other characters are metaphors for other Holocaust figures and events. For example, one critic noted that the fox, “the Hitler of the forest,” also embodies the hatred and fury characteristic of Goebbels’s anti-Semitic ranting. And there is little difference between an elderly rabbi on Tisha B’Av tearfully looking to heaven and weeping over the centuries of persecution and murder against the Jewish people and the proclamation by Old Nettla, one of the most senior voices in the forest, bewailing that Humans “have given us no peace and have murdered us for as long as we’ve existed.”

Salten presents the Zionist message through Bambi’s cousin Gobo, an assimilationist who, rescued by a “good Human” and ultimately set free, believes that rapprochement with the Hunter, Salten’s metaphor for the Gentile world, is possible. When Gobo expresses pride at the bands that Humans have placed around his neck, the wise leader of the forest, “Royal Leader” (who, we later learn, is Bambi’s father) characterizes it as a badge of shame. Indeed, Royal Leader – Salten’s metaphor for Herzl – later emerges as the ultimate metaphor for a Zionist savior, as he leads Bambi to a secure little haven in the forest where deer who have been injured by the Hunters (including Bambi himself) can find escape from a world out to annihilate them, just as Herzl sought to provide a safe haven for Jews in Eretz Yisrael after centuries of persecution and murder.

Tellingly, Gobo is promptly murdered when he acts on his assimilationist beliefs. For Salten, a friend of Herzl’s from his Neue Frei Presse days, it is sheer fantasy to expect humans to accept animals as equals, and he presents a solemn warning against Jewish assimilation that would lead to the loss of Jewish identity. Thus, Bambi, which was officially banned and publicly burned by the Nazis (1936) because Hitler declared it to be “the work of an undesirable” and because of its “political allegory on the treatment of Jews in Europe,” was simply an expression of Salten’s lifelong dedication to Zionism.

Moreover, one of the most beautiful and endearing chapters of the book, where Salten famously describes a dialogue between two leaves clinging desperately to a branch in late autumn, seems, at first blush, to be wholly extraneous to the main Bambi narrative. However, I think there can be little doubt that the author is metaphorically discussing life in pre-Holocaust Europe; describing how it had dramatically changed under the Nazi regime and presenting the thoughts of the few remaining Jewish survivors regarding how much longer they can hold on, while they ruminate upon Olam Haba:

So many of us have fallen off tonight we’re almost the only ones left on our branch. You never know who’s going to go next…many leaves were torn off, though they were still young…. Why must we fall? What happens to us when we have fallen? Who knows? Not one of all those down there has ever come back to tell us about it…. Which of us will go first?… Let’s remember how beautiful it was, how wonderful…we thought we’d burst with life. And the morning dew, and the mild and splendid nights…. Now the nights are dreadful, and there is no end to them…. We shouldn’t complain, we’ve outlived many, many others…

Poor and without formal education, Salten had become part of the Viennese coffeehouse culture, a gathering of mostly Jewish artists who transformed the Austrian literary aesthetic. It was there that he met and befriended Herzl, who asked him to write a regular column in Die Welt, Herzl’s Zionist newspaper, and Salten became a spokesman for the Zionist movement. He was a brilliant and popular speaker for Bar Kochba, a student organization centered in Prague that played an important role in shaping the Zionist movement in Czech lands before World War I.

Shortly after the publication of Bambi, he traveled to Eretz Yisrael (1924) and published a beautiful book describing his experiences there and lovingly portraying the land and its people. 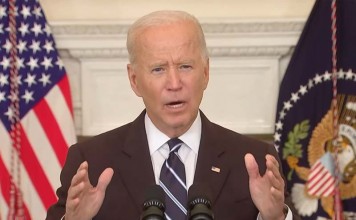 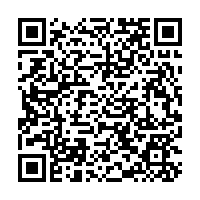