When Hernando Cortes conquered the Aztecs (1521), he was accompanied by several Conversos, Jews forcibly converted to Christianity during the 1492 Inquisition, some of whom immigrated en masse to present-day Mexico.

In the face of the brutal Inquisition, the Conversos attempted to lead Jewish lives, including circumcising their children and keeping kosher. But those who were caught were burned at the stake for practicing their faith and, as a result, most had become fully assimilated by the advent of the 19th century.

Among the prominent Mexicans who referred to their Conversos roots and claimed Jewish descent was renowned artist Diego Rivera, whose maternal grandmother, Inez D’Acosta, was descended from a Portuguese-Jewish family which traced its ancestry back to philosopher Uriel Acosta, broadly recognized as Baruch Spinoza’s philosophical precursor.

A Communist who ironically painted murals for some of the great capitalists of his day, the controversial and charismatic Rivera (1886-1957), considered the greatest Mexican painter of the 20th century, is credited with reintroducing fresco painting into modern art and architecture.

Seeking to create a new national art in the wake of the Mexican revolution, he blended elements from European masters and Modernists with pre-Hispanic forms and designs to create his own unique style. Using simplified forms and vivid colors, he proudly reinterpreted Mexican history from a revolutionary and nationalistic point of view.

Though a professed atheist, Rivera publicly acknowledged his Jewish ancestry. In an interview with the famous Jewish portrait photographer Marcel Sternberger, he explained:

My father told me that my [great] grandfather used to be an Italian Jew…. [the name] Rivera is from Italy – the real name was Rivera Sforza [and] all the people in Italy who have this name are Jewish…. On the other hand, I remember much more about my grandmother – my grandmother was a Portuguese Jewess by the name of Inez D’Acosta. In a 1952 address, Rivera told a Mexico City audience that his ancestry was “Spanish, Dutch, Portuguese, Italian, Russian, and – I am proud to say – Jewish.”

He announced that “My Jewishness is the dominant element in my life. From this has come my sympathy with the downtrodden masses which motivates all my work.” He maintained close contacts with Mexico’s Jewish community and used his connections with Mexican authorities to help Jews fleeing persecution overseas, including Leon Trotsky, who lived with Rivera in Mexico City for a time.

In a famous story underscoring Rivera’s pride in his Jewish heritage, the artist, outraged to discover that the Wardell Hotel in Detroit (1932) did not accept Jewish guests, proclaimed loudly to the hotel and his hosts that he and his wife were both Jews and that they would leave. When the hotel, desperate for patronage during the Depression and fearing a black eye because of its mistreatment of a world-famous artist, begged Rivera to stay, he agreed to do so only after the hotel reversed its anti-Semitic policy.

Rivera’s wife, artist Frieda Kahlo, often expressed pride that her grandparents were Jewish émigrés from Transylvania, although her claim that her father was a Hungarian Jew has been largely discredited. She took great delight in taunting and provoking anti-Semites, including a famous exchange when she asked the virulently anti-Semitic Henry Ford if he was Jewish.

Rivera’s work included his illustration of Isaac Berliner’s Stadt von Palazen (1936), a book of Yiddish poetry considered the first truly Mexican Jewish book in that it was the first to focus on life in Mexico rather than on “Old Country” reminiscences. And it is perhaps telling that in his 1947 masterwork, a pictorial history of Mexico, he began with a depiction of a young Converso girl from the Carvajal family who was accused of heresy and burned at the stake. Among the very few artists to speak out against German anti-Semitism – as early as 1933, the year the Nazis first came to power, he painted “the Hitler panel” as one of 21 panels comprising his famous Portrait of America mural in which he presented a visual narrative of American history as a means for building support for communism. In the melodramatic Hitler panel, he depicted, among other things, Hitler surrounded by sadistic tortures of Jews, forced sterilizations, public humiliations, and book burning under Nazi flags.

Rivera publicly supported Ethel (1915 – 1953) and Julius (1918 – 1953) Rosenberg, Jewish-American communists charged, tried, and executed for conspiring to commit espionage by passing nuclear secrets to the Soviets. In the August 31, 1954 correspondence to Irwin Edelman exhibited with this column, Rivera, writing one month after the death of his wife, demurs to a solicitation of funds for the Rosenbergs while characterizing himself as a good communist who always toes “the [Communist] Party line”:

I have received the material that you sent to me about Rosenberg case. Under separate cover, in postal package, I am sending you back your manuscripts.

Unfortunately, among the list of possibilities and unconvenients [sic] that I could have for your proposition it is precisely the personal problem that put me out of any possibility in that direction.

As side that [sic], by more than the ten last years of my life does not differ at all of the Party line, of which I try to be a good friend and any contribution I could do for common forces I do through the organization. On the other hand, my personal resources are extremely limited.

In March 1951, three weeks after their highly publicized trial, the Rosenbergs were convicted and sentenced to death. The leftist National Guardian began a campaign to clear their names, alleging anti-Semitism and a government frame-up, and a popular movement, the National Committee to Secure Justice in the Rosenberg Case, was formed. Prominent figures, including Albert Einstein and Pope Pius XII, as well as Kahlo and Rivera, spoke out against the trial. The philosopher Jean-Paul Sartre likened it to a witch-hunt and human sacrifice and Pablo Picasso called it “America’s Dreyfus Affair.”

In 1952, when mainstream American newspapers finally began to take notice of the growing international movement on behalf of the Rosenbergs, their coverage characterized the movement as driven by communism and anti-Americanism. Partly due to the highly charged atmosphere in Cold War America, the protests did little to change either public opinion or the verdict on appeal, and the Rosenbergs were executed on June 19, 1953, becoming the only American civilians executed for spying during the Cold War.

Since the end of the Cold War and the release of previously classified information, a string of disclosures seem to confirm that while Julius was indeed guilty of espionage, Ethel wasn’t –though historians disagree about the extent of her knowledge of (and involvement with) her husband’s activities. 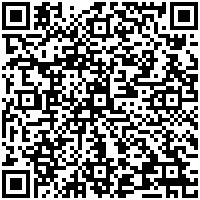