The lay public is generally well aware of the infamous San Andreas fault, a continental transform that runs about 750 miles through California and forms the tectonic boundary between the Pacific Plate and the North American Plate.

Few people, however, know that Israel sits on the equally volatile Syrian-African rift, also known as the “Dead Sea Transform” fault, which runs for 3,000 miles between Syria and Mozambique and passes through the Dead Sea below Jerusalem’s eastern hills. Fewer still are knowledgeable about the history of the Dead Sea Transform or consider the likelihood and ramifications of “The Big One” hitting Eretz Yisrael. 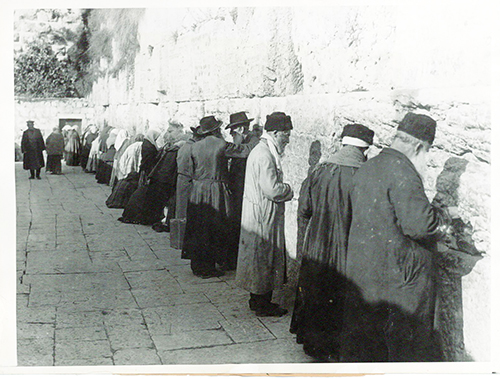 Earthquakes in Eretz Yisrael have been well-documented; some of them already appear in the Bible, including a renowned quake during the reign of King Achav (see I Kings 19:11) and another one in the time of Uziah. Jewish biblical commentators, including Ibn Ezra and the Radak, write that this earthquake was the subject of the entire prophecy of Amos (Amos explicitly dates his prophecy to “two years before the earthquake, when Uziah was king of Judah”).

Two centuries later, Zechariah prophesied a great earthquake from which the people would flee much as they did in the days of Uziah (see Zechariah 14:5). Contemporary geologists believe they have found evidence of this earthquake.

Although there have been a great number of recorded quakes in Eretz Yisrael since biblical times, we will focus here on the last “big one”: the July 11, 1927 “Jericho earthquake,” which registered a 6.5 on the Richter scale. The quake, which began at 3:04 p.m. during a chamsin, when hot winds blew in from the east, lasted for seven seconds and became a momentous milestone in seismology as it was the first quake to be recorded by scientific instruments.

The epicenter of the quake was in the northern part of the Dead Sea, near the Damya Bridge in the Jordan Valley near Jericho (contemporary seismologists have begun to challenge this long-held determination, however).

Initial statistics on the quake were, at best, imprecise, but after two days, the Palestine Bulletin, aggregating reports compiled by Municipal and Mandatory Authority officials, reported 485 casualties and thousands injured (about 130 deaths and 450 injuries were reported in Jerusalem alone), with most the casualties Arab. Additional tremors which frightened the populace were felt a week later, but no further damages were sustained.

Two particularly hard-hit areas were Jerusalem, walled in on its rocky outcrop between the valleys of the Hinnom and Kedron, and Shechem, 30 miles north and sitting on the crest of the axis of the plateau. Many religious sites sustained heavy losses, including the domes, the outer walls of the Church of the Holy Sepulchre and the Al Aqsa Mosque, the Greek Choir Chapel in Jerusalem, the Mosque of Victory, and the historic parts of the Great Mosque of Nablus.

Remarkably, however – and perhaps miraculously – the Western Wall remained undamaged, though services there were temporarily halted (see exhibit). Seismologists provide a scientific rationale for why the Kotel remained intact, but it is well beyond the scope of this article.

One of the Jerusalem institutions that apparently sustained damage was the Yeshiva Talmud Torah and Beth Tawshil Meah Shearim. Exhibited here is a post-earthquake “Urgent Aid Appeal” from Rav Yitzchak Yaakov Wachtfogel (1887-1978), the rosh yeshiva and head judge for Ashkenazic rabbis in Jerusalem:

Summer’s earthquake of 11th July 1927, which worked havoc in the Holy City, did not spare this great stronghold of Judaism. Some very dangerous cracks have suddenly appeared threatening the safety of the entire premises.

As a very historically-significant aside, during the course of years-long renovations to the collapsed Al Aqsa mosque at the time, respected archaeologist Robert Hamilton of the British Archaeological Authority received permission from the Waqf (the Islamic Authority) to photograph, sketch, excavate, and analyze what he found under the mosque on condition that he make no mention of any findings that the Muslims might find to be “inconvenient” – which included mosaics, passageways, cisterns, and lumber that were part of the Batei Mikdash (Holy Temples).

Analysis of the beams of the roof of the Al Aqsa showed that they were made of cedar and cypress wood, which carbon-dated back thousands of years to the time of King Solomon, whom the Bible describes using these very materials to build the first Beit Hamikdash. The excavation also unearthed a mikveh from the time of the Second Temple.

The newly constructed Hebrew University buildings on Mount Scopus were badly damaged in the quake (see exhibit); the Allenby Bridge fell into the Jordan River; landslides and rock falls were detected along the road from Jerusalem to Jericho; the flow of the Jordan River stopped for over 21 hours; and there were reports of a broiling Dead Sea expelling spires of water skyward.

Many hundreds of structures collapsed in Jerusalem, Jericho, Ramle, Tiberias, and Shechem to the point of no longer being usable, including one synagogue in Jerusalem and another in Tiberias. In Jericho, several relatively new hotels collapsed, killing three female Indian tourists.

According to a report from the Jewish Telegraphic Agency (JTA), there was “not a house in Jerusalem or Hebron” that did not sustain some damage. Aggregate damages were estimated at about $1.25 million (over $18 million today).

The morning after the quake, the JTA declared, “This morning the Old City looked as if after a military siege. The streets were crowded, the people hesitating to enter the houses in fear of a recurrence of the quake and possible collapse caused by a weakening of the foundations of the houses.” Families in Shechem, seeking to avoid the hazardous streets of their city, moved into caves on the Biblical Mt. Eval and Mt. Gerizim.

Efforts quickly turned to providing humanitarian relief to quake victims in what is considered the first internationally-organized relief campaign. The Mandate Authority, however, seemed more interested in rebuilding homes; in its Report to the Council of the League of Nations on the Administration of Palestine and Trans-Jordan for the Year 1927, the British Government reported that “[r]elief was afforded by Government making available £100,000 for loans to individuals for the repair of their houses; and by the provision of free housing or grants of small sums of money to necessitous persons from a fund obtained by voluntary subscriptions, which totalled £22,500 at the end of the year, from Palestine and abroad.”

Jewish institutions and organizations were far more responsive. The Zionist Executive in London began to immediately transfer financial aid; the Zionist Organization of America commenced a campaign to raise funds in support of earthquake victims regardless of their faith; and American Jewish philanthropist Nathan Straus made a special $25,000 donation to the cause.

Within Eretz Yisrael, the Yishuv expended significant effort to not only provide aid to the Arabs, but also to reconstruct their homes. Tel Aviv adopted Shechem as a “sister city” for purposes of earthquake relief, and groups of Jewish volunteers were sent to Shechem from, among others, the Maccabee Organization Hapoel, the Tel Aviv Fire Brigade, and the Organization of Architects and Engineers. Remarkably, Jewish support to Shechem was such that city leaders requested a stop to food deliveries because they had exceeded the immediate need and they had no place to store additional provisions.

In contrast, the Arab response to the needs of their own people almost a century ago was no different than their support of their “Palestinian brothers” today. Arab nations issued countless telegraph messages and public statements declaring support, extending condolences, and promising financial assistance – little of which ever actually materialized.

Also, much like today, the Jews received no thanks or credit for their kindness, with only some limited exceptions. In Shechem, Arab leaders announced: “We have cabled for help to Rockefeller and to Henry Ford, but we have so far received no reply, while Nathan Straus sent his donation without having been asked.” An Arab journalist “graciously” declared that he would desist from denigrating and vilifying the Jews – for one whole day.

Historically, many of the casualties and much of the destruction caused by earthquakes in Eretz Yisrael may be attributable to construction styles inimical to damage mitigation. Incredibly, notwithstanding a troubling history of major earthquakes and dire future predictions, the first Israeli standards for earthquake readiness were not established until 1975, and these standards applied only to construction projects beginning after 1980.

In 2005, the government inaugurated “National Outline Plan 38,” which granted tax exemptions to construction projects that undertake to retrofit substandard older buildings. Israel approved a nationwide early warning system in 2012, but deployment only began in 2017 and the Geological Survey of Israel reported last year that only 55 of the 120 alert stations had been deployed – and none were operational.

In 2016, Israel’s Ministry of Environmental Protection ordered 108 dangerous material factories to fortify their structures but, as of last year, none have complied.

After no less than five minor earthquakes around the Sea of Galilee in 2013 and a temblor near Eilat, the Israeli government revisited its earthquake contingency plans and held a series of nation-wide drills. More recently, several tremors and relatively minor quakes have hit Eretz Yisrael, including a quake on May 15, 2019 – during the Eurovision finals! – registering 4.5 on the Richter scale.

Israeli seismologists are warning that a major earthquake appears imminent. The IDF’s Home Front Command estimate that a “Jericho”-type earthquake hitting Israel today would cause 7,000 fatalities, tens of thousands of injuries, and leave some 200,000 homeless.

Nonetheless, the Ministry of Construction and Housing recently estimated that 800,000 housing units, including many public buildings, are not earthquake-resistant, and Israel retains limited capability to respond to the next “Big One.” 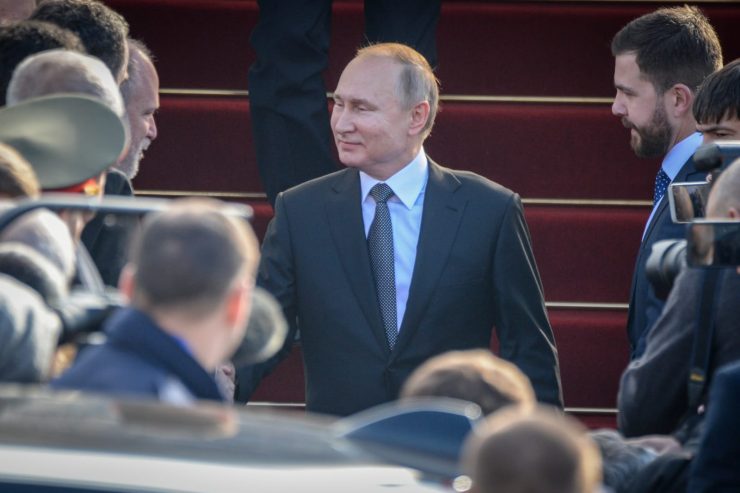