Ephraim Hart (1747-1825) was an important early Jewish-American merchant who led the effort to create what ultimately became the New York Stock Exchange.

It is not known precisely when Hart left his birthplace in Fürth, Germany, to come to the United States (where he changed his name from “Hirz”), but there are records of him siding with the Continentals here during the War of Independence. In any case, he went on to become a prosperous merchant in Philadelphia, where he joined the Mikveh Israel Congregation and was present at its dedication in 1782.

A year later, he married Frances Noah, the sister of the famed Mordecai Manuel Noah, the first American-born Jew to reach national prominence and who is best known for his controversial attempt to create a haven for oppressed Jews at Grand Island on the Niagara River in upstate New York in 1825.

In 1787, Hart moved to New York City, where he prospered in real estate speculation, money lending, and the commission and brokerage business, and as a dry goods dealer. He joined Shearith Israel Congregation, which registered him as an elector of the synagogue on April 2, 1787 and which he also served as president. He was among the founders of Chevra Chesed V’Emet, a charitable society dedicated to the burial of the Jewish dead in accordance with halacha, which began when Hart interrupted the burial of a Jewish pauper in Potter’s Field and, at his own expense, arranged for the burial in Jewish consecrated ground.

By 1792, Hart, who had become one of the most successful and wealthiest merchants in New York City, played a key role in organizing the Board of Stock-Brokers, now known as the New York Stock Exchange. He later served as a Democratic State Senator (1810).

At the turn of the 18th century in Colonial America, the public had begun to invest in American ventures, including railroads, infrastructure, and manufacturing. The hub of the investment market was an outpost in New York called “Wall Street,” so named because the Dutch Settlement had raised a wall of protection for the people living and working there.

Brokers, buyers, and sellers would congregate there but, due to the ubiquity of dishonest brokers and deceitful practices – with no laws to regulate them – Wall Street and its financial denizens came into disrepute, rendering precarious an important driver of the new nation’s economy.

Meanwhile, in December 1790, Alexander Hamilton, as the first Secretary of the Treasury, called for a charter for the creation of the Bank of the United States, which President Washington signed in February 1791. During the initial public offering for the new bank and in its aftermath, there was enormous demand for its stock, sending the prices to almost unimaginable highs. Not surprisingly, however, this market elation could not be sustained, and prices began to fall precipitously until Hamilton stepped in and enabled the purchase of $150,000 of public debt to be covered by government revenues. As a result, by September, prices had recovered and the market had stabilized.

Nevertheless, by the end of the year, the price of securities began to increase once again, and a crash in March 1792 caused many investors to make a run on the banks. The result was the infamous Panic of 1792, a financial credit crisis triggered by the expansion of credit by the Bank of the United States and uncontrolled speculation by prominent bankers, chief among them William Duer, a renowned citizen who had signed the Articles of Confederation, served as a member of the Continental Congress, and was a New York judge.

Duer and his cohorts “created credit” by endorsing each other’s notes to obtain large loans, which they used to gain control of the U.S. debt securities market and drive the prices up. However, when they ultimately could not borrow any more money, they defaulted on their loans, leading to a dramatic fall in prices and the run on the banks. Hamilton was again able to stabilize the market by tightening credit, providing banks with significant government funds to make open-market purchases of securities, and motivating them to continue offering credit throughout the crisis.

In an attempt to establish some rules and regulations to safeguard the financial securities market and to avoid a repeat of the Panic of 1792, Hart joined 23 other leading stockbrokers on May 17, 1792 outside 68 Wall Street in New York City – according to legend, under a buttonwood tree – and signed what became known as the “Buttonwood Agreement” (the original document may currently be found in the archival collection of the New York Stock Exchange), an effort to organize securities trading, which stated:

We the Subscribers, Brokers for the Purchase and Sale of the Public Stock, do hereby solemnly swear and pledge ourselves to each other, that we will not buy or sell from this day for any person whatsoever, any kind of Public Stock, at a less rate than one quarter percent Commission on the Specie value and that we will give preference to each other in our Negotiations. In Testimony whereof we have set our hands this 17th day of May at New York, 1792.

The Agreement, which launched what became the New York Stock Exchange, thus contained only two essential provisions: (1) that the brokers were to deal only with each other (thereby eliminating the auctioneers); and (2) that the commissions were to be 0.25%. The result, as expected, was that unscrupulous brokers and charlatan auctioneers were eliminated, and the public could trade their shares only if they engaged one of the 24 member-brokers, all of whom agreed to trade only reliable stocks.

The signatories exhibited great trust in each other by agreeing to trade only amongst themselves and, since they would no longer need to be concerned about competition over commission rates, they could also protect the public interest because the prices charged would reflect the actual value of the stock and not some other dynamic. That trust created great incentive for them to respect the rules because even if any one of them lost money on one deal, as a member of the highly profitable Buttonwood Group, he would easily make up that loss in the future.

Shown above is a historic document, a receipt fully executed and signed by Hart for his sale of real estate on Love Lane in New York for James Christopher Roosevelt (1770-1840?), a cousin of President Theodore Roosevelt. It reads: “New York – April 18th, 1817 Recd. of Mr. James C. Roosevelt thirty-seven dollars and a half in full for Commissions for Selling his place in Love Lane. – Ephm. Hart.”

Assuming that, in accordance with the Buttonwood Agreement, Hart received a 0.25% commission, Roosevelt’s home sold for $15,000 – rather pricey for a Brooklyn building at the time, though not a bad buy considering today’s prices: In 2014, an apartment in a building on the site sold for an incredible $4.3 million. Today, Love Lane is a small, one-block stretch, about 500 feet long, extending from Henry Street to Hicks Street in Brooklyn Heights but, in pre-Colonial times, it was an Indian trail leading to the nearby East River which, when the Dutch arrived in Brooklyn, became a popular path for romantic walks.

Incredibly, five of the original signatories to the Buttonwood Agreement were Jews, all members of Shearith Israel: Hart, residing at 74 Broadway; Isaac Moses Gomez, at 32 Maiden Lane; Bernard Hart (no relation to Ephraim), at 55 Broad Street; Benjamin Mendes Seixas, at 8 Hanover Square; and Alexander Zunz, residing at 97 Broad Street.

Isaac Moses Gomez (1768-1831) was the son of a wealthy Sephardic Jewish merchant and the descendant of a Spanish nobleman who was captured and held prisoner during the Spanish Inquisition. Born and raised in New York, he was a merchant and author who become a successful stockbroker, auctioneer, and provider of financial and real estate services. His father’s home in Marlboro, NY (built 1714) is the oldest Jewish home in the United States.

Bernard Hart (1764-1855) emigrated from London to Canada in 1777 and then to New York City in 1780, where he became a successful businessman and active in Congregation Shearith Israel, but he is perhaps best known for his dedication to serving those afflicted by the yellow-fever epidemic of 1795. After serving as quartermaster of a brigade of the state militia, he conducted a general commission business before serving as secretary of the New York Stock Exchange from 1831-53.

Benjamin Mendes Seixas (1748-1817) owned a saddle shop on Broad Street in New York and, in contrast to the Loyalist sympathies of most New York merchants, supported the Revolution, serving as a third lieutenant in the New York Militia. Relocating to Philadelphia, he served as a trustee for congregation Mikveh Israel – and had 21 children. Upon his return to New York in 1784, he opened a dry goods store and became active in Congregation Shearith Israel, serving as chairman of the board, trustee, and president.

Alexander Zunz (1742-1819) left Germany to serve as a hired Hessian mercenary with the British forces during the American Revolution, but he later deserted, became a successful entrepreneur, broker, and moneylender, and went on to found the Bank of New York in 1784. He played a key role in saving Congregation Shearith Israel, which he served as chazzan and later as treasurer and president, by persuading military leaders to not use its sanctuary as a hospital.

Ephraim Hart died in New York City and is buried at the Second Cemetery of Shearith Israel on 11th Street, near Avenue of the Americas (6th Avenue). His gravestone reads (translated from Hebrew):

He died Sunday, 2nd day of Av, 5585, that at the time of his death he had been a resident of this city for 40 years, an extremely charitable man and an earnest communal worker, especially in the direction of strengthening the faith of his fathers. 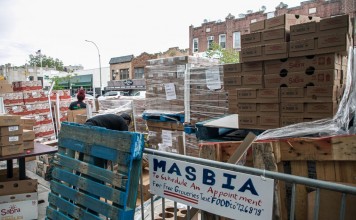 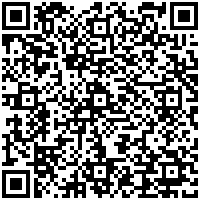