On August 29, Ben Kingsley will fill the big screen playing Adolf Eichmann in “Operation Finale.” We will learn how Eichmann escaped after the war, changed his name to Ricardo Klement, and arrived in Argentina in 1950, where he lived for a decade before the Israeli Mossad captured him and brought him to Israel to stand trial.

That trial was watched by the whole world – including by my husband, Shlomo Goldberg, who was just 10 years old at the time. Shlomo’s parents, Sam and Esther Goldberg, insisted their young son sit in the living room before the television and listen to the testimony of survivors. Sam and Esther cried each night as the horrors of the war were relived in prime time. Eichmann sat stoically, insisting he had just followed orders.


The trial left an indelible mark on my husband’s soul. He didn’t understand everything at the time, but he knew his parents had a deep connection to this man and the stories these Holocaust survivors were telling.

Sam and Esther were two of the lucky ones who escaped Hitler’s jaws and Eichmann’s meticulous plans to annihilate European Jewry. Sam was one of approximately 65 – out of 900,000 – to survive the Treblinka death camp where he was a prisoner and slave laborer for 13 long months.

He met Esther after he escaped during the August 2, 1943 uprising and ran as fast as he could into the nearby forest. Esther had been hiding there for a year with the help of two Christian families. They met, and Esther took Sam to her “angel,” Helena Stys, who with great trepidation allowed them to hide in her barn as the Nazi’s scoured the area for the escaped prisoners.

Sam decided to stay with Esther and they hid, sometimes in the Stys’ barns and sometimes in a forest pit that they dug. Eleven months later they were liberated by the Soviet army.  hey married and ultimately moved to Brooklyn, New York, where my husband sat those nights of 1961 and watched the Eichmann trial on TV.

In June of 2016, I went with my husband and our four children to Poland to meet the three surviving children of the Stys families and to hear their memories of those most horrible years.  We saw the barn where my in-laws hid in the cold months and the remnants of the pit in the forest where they burrowed during warmer times. Shlomo stepped down into the pit. It was holy ground. The rest of us just watched as tears filled our eyes and blurred our vision.

We were led to this pit by Eugenuisz Stys, a man now in his 80s, who during the war, as a boy of nine or ten, brought food to the hidden Jews. Brush carpeted the forest floor with mushrooms growing here and there.  My mother-in-law, Esther, told of searching the forest for mushrooms to eat, as they were hungry all the time. The trees were stick-like and tall with their canopies growing high, not wide.  Sunlight filtered through and cast shadows that made our contemplative mood somehow even more powerful.

How did I come to be standing around this pit in June of 2016? Born in Mercer Island, a comfortable suburb of Seattle, I fell in love and married Shlomo Goldberg in 1984. I had no idea what I was getting myself into; I had joined a Holocaust family and jumped through the rabbit hole.

But as I learned of Sam’s 13 long months in the Treblinka death camp and how Esther survived the Slonim massacre and the Stoczek roundup of Jews, I was mesmerized.   Now, some 34 years later, my dream is coming true. I am publishing a book, relating Sam and Esther’s story during the war.

These past three years, as I have researched and written this book – My Soul is Filled with Joy: A Holocaust Story – I have asked myself, “Would I have survived? What would I have done if I were Helena Stys? Would I have put my children in danger by helping and hiding Jews?”

I realize how much I take for granted – my home, my fridge full of food, my warm bed, my closet full of shoes. Looking into the faces of my children standing around that pit, I wondered how that day would impact their lives. How it would impact my life?

I really didn’t know, but I knew it would change our lives forever. I hoped it would be for the better. 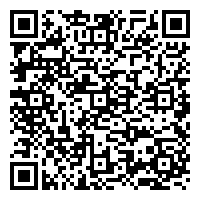