Sukkot was cold in Ithaca, N.Y. Josh Polevoy and friends wondered if they needed to return after dinner to the sukkah, and the frigid outdoors, to eat the few remaining pieces of deli roll. With a quick search on the web browser of his iPhone, Josh, a senior at Cornell University, found his answer.

Enter Halachipedia (Halachipedia.com), an online collection of Orthodox halacha. The site contains indexed entries and one-page articles on a sweeping range of subjects including holidays, blessings, prayer and more.


In the Sukkot section Polevoy and friends learned that since the puff pastry in the deli roll was smaller than the size of an egg, they could eat their snack indoors. “It’s really cool and it’s very good, concise, Wikipedia-style summaries of very relevant and practical halachas,” said Polevoy.

Halachipedia is the brainchild of Ike Sultan, 22, a senior majoring in computer science in Yeshiva University’s honors program and a rabbinical student. “The idea is to collect as much of a database about halacha as possible,” he said.

Not surprisingly, Sultan conceived the idea after a night of learning on Shavuot in 2009. “Walking home from Shavuos night learning I was speaking to one of my older brothers and I said, ‘Hey, why don’t we make an encyclopedia of halacha and you can find any topic or opinion on a website,’ ” he said. With the help of family and friends, Sultan turned his Yom Tov inspiration into a reality.

“Our primary motivation for it was to offer a wider spread of opinions on any given topic than you’d be able to find in commonly used halacha books,” which, he said, is often limited to the Mishna Berurah and Ashkenazic opinions. Sultan often includes Sephardic and chassidic opinions on his site.

Halachipedia is modeled after Wikipedia, the popular online encyclopedia that is user edited. Sultan’s brother, Daniel, built the site using similar Mediawiki software. Ike wrote content and recruited family and friends to write and edit the site. After compiling several pages about Chanukah he launched Halachipedia at the end of September 2009.

The site is open for anyone to edit or add new articles, but Ike Sultan has incorporated some measures to ensure that the edited articles remain halachicly reliable.

“There is some validation required for new users,” Sultan wrote in an e-mail. “When a new user makes an edit, it isn’t shown by default on the regular pages (though it is stored on our databases), until it is approved. Once that user is approved (usually after their first reasonable edit) their edits are saved and shown by default. Additionally, on a daily basis, I review all edits that have been made in the last 24 hours.

“The validity of the page is based primarily on the sources. No halacha is accepted without a reliable and accurate source (text or audio, as long as it is published). For example, if someone wants to add a detail about a halacha in kiddush, it isn’t accepted until a citation to Mishna Berurah or another reliable sefer is made. Additionally, personal statements about a pesak they heard or a minhag they observed are not accepted on regular pages but are reserved for the discussion page. Being that every halacha has a source, there’s a high degree of reliability since anyone could check it and correct it.”

“Halachipedia is about conquering the next frontier in Jewish law,” said Ike’s brother, Darren Sultan, who is a pre-med senior at Yeshiva University. “In an age of technology and readily available information, halacha should be easily accessible to the average person who is interested in finding something out.”

Four years after its launch, Halachipedia continues to grow and Ike Sultan’s motivation hasn’t wavered. The “work in progress,” as he describes it, is comprised of 377 pages with about 20 halachot on each page. (During the time this article was compiled, Sultan added more than 20 pages to the site.)

“I find it very impressive because I know Ike puts a tremendous amount of time into the website in addition to his school work,” said Polevoy, a friend of Ike’s from The Frisch School in Paramus, N.J. from where they both graduated in 2009. 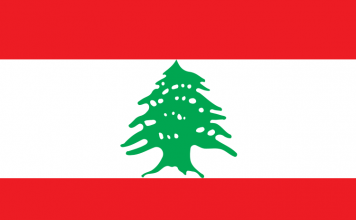