As anyone familiar with the rigorous research and detailed reports by NGO Monitor would already know, many self-declared ‘humanitarian NGOs’ in Israel and the Palestinian territories are able to exploit the label ‘universal human rights values’ to promote radical (and decidedly illiberal) agendas.  This edifice is at least partially maintained by pro-Palestinian journalists who often cite reports by such NGOs without informing readers about their extremist ideologies.

Naturally, Harriet Sherwood’s Oct. 4 story titled ‘ICC urged to investigate ‘commission of crimes’ in Palestinian territories, provides readers with no information on the background of Al-Haq, the Palestinian NGO which forms basis of her Guardian report.


The story centers on “two Palestinian human rights groups [which] are calling on the international criminal court to launch an investigation into the commission of crimes under international law in the occupied territories.”

Al-Haq and the Palestinian Centre for Human Rights [PCHR] have presented a legal opinion to the ICC prosecutor, Fatou Bensouda, at The Hague, arguing that the court can take action without Palestine formally signing up to the body. The two rights groups are calling for the court to begin an investigation based on “the mass of evidence and documentation attesting to the widespread commission of crimes in Palestine, and the environment of total impunity for the perpetrators”.

To learn more about the story we contacted Anne Herzberg, NGO Monitor’s legal advisor, who told us, via email, that previous ICC prosecutors have already rejected similar arguments presented by Al-Haq (an NGO whose funders have included the Ford Foundation, Christian Aid, and the governments of Holland, Spain, Ireland, and Norway), and that it was unclear what they are hoping to accomplish.

Regarding Al-Haq, which has a history of characterizing terrorist activities as legitimate “resistance”, Herzberg offered the following comment:

Al Haq should be careful what they wish for. ICC jurisdiction over the situation in the West Bank would apply to Palestinians as well as Israelis. Given that Al Haq’s director Shawan Jabarin has been allegedalleged by the Israeli Supreme Court to be a senior activist in the PFLP [Popular Front for the Liberation of Palestine] terrorist organization, he himself could be a potential target for investigation by the court.

PFLP is a Marxist-Leninist Palestinian terrorist group which rejects Israel’s right to exist within any borders, and was responsible for a number of hijackings and deadly terror attacks, including the assassination of Israel’s tourism minister in 2001.  PFLP is officially listed as a terrorist group by the United States and European Union – a designation which evidently inspired the following graphic at PFLP’s English site, which happens to mirror Al-Haq’s narrative of “resistance”:

At the very least, it seems reasonable to expect reporters – at least those who take their duty as professional journalists seriously – to inform their readers when a putative “human rights” organization they are covering defends political violence, and is led by suspected terrorist. 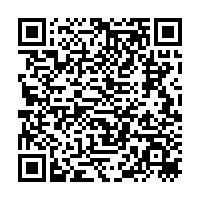