Yanusz Korczak, the pen name of Dr. Henrick Goldszmit, may be one of the most intriguing historical personalities I have ever encountered in my readings. A major educator in Poland before the war, and a pediatrician and author of children’s books, he ran a popular radio program discussing his unique educational methods and approach to child rearing.

But that is not what intrigues me. During the Holocaust, Korczak ran an orphanage in the Warsaw Ghetto for Jewish orphans. He dealt with 7the authorities and did his utmost to provide a “normal” life for his children. As a beloved national figure, he had many opportunities to escape the ghetto. However, totally devoted to his young charges, he elected to accompany his beloved children to Treblinka and perished there.


Mrs. Gutta Sternbuch a”h, my beloved, adopted Tante Gutta, of the famed family renowned for their efforts to save European Jewry, worked together with Korczak in his orphanage. A devoted, caring teacher, and loving mother figure, she too became very attached to her charges. Upon Korczak’s urging, she would say Shema with them morning and evening, providing a semblance of a reassuring routine and reminding them that there is a caring G-d in this world. Korczak was truly a wise man. Though a secular Jew, he understood that spiritual sustenance is crucial; we need G-d in our lives.

Korczak appears in the contemporary film, The Zoo Keepers, the true story of a young Polish couple, Jan and Antonina Zabinski, who hid several hundred Jews in their zoo, situated close to the Warsaw ghetto. After seeing the film, I purchased the book, eager to learn more of their incredible rescue mission. The book shares a prayer that Korczak had composed and taught his children to enable them to transcend their pain.

“Thank you, Merciful Lord, for having arranged to provide flowers with fragrance, glow worms with their glow, and stars in the sky that sparkle.”

Indeed, interspersed with the sheer horrors of those years are the heartwarming stories of incredible bravery and heroism; heroism on many different levels, playing itself out in many different ways.

Avner Gold, in The Long Road to Freedom (ArtScroll/Mesorah Publications), delineates an eloquent definition of heroism. “The world measures heroism by feats of valor on the battlefield and other acts of a similar nature. But… there is nothing more heroic than the devotion of our people to the Almighty and His Torah despite all the persecution we have suffered…”

Rabbi Ezriel Tauber in his monumental Darkness Before Dawn provides the Torah approach to those terribly dark days. “The most noble resistance the Jews offered in the Holocaust was spiritual resistance. They did not allow the Nazis to strip them of their identity – and destruction of Jewish identity was exactly what the Nazis were after… they wanted the Jewish soul.”

That is our focus at Amud Aish. And that must be our approach in teaching the next generation. Dwelling on the pain and terror, especially when teaching children, is not advisable. Rather, we should focus on the many stories of immense courage and spiritual heroism.

Rabbi A. Leib Scheinbaum in his Peninim al haTorah shares a moving scene as recounted by Rabbi Yissachar Frand. It was Shabbos Parshas Ki Savo in a small shul in Williamsburg, its membership consisting of survivors. It was time to read the Tochacha, the dreadful curses to befall Klal Yisrael when mitzvos are not observed properly. The tradition is to read this section quickly and quietly. The Klausenberger Rebbe, who built a flourishing Torah community in America after the war, called out to the Baal Korei, “Louder!” But it was not loud enough. “Louder!” was heard once again throughout the shul. The Baal Korei began to read in his normal voice. Later, the Rebbe explained, “In the past, we read this quietly for these curses were distant images, tragedies to which we could not relate… Our generation though has lived through these curses. We know exactly what they are… we have managed to survive them… We are entitled to read the Tochacha out loud.”

Writes Rabbi Scheinbaum, “The Rebbe obviously viewed his Holocaust experience and survival as a badge of honor, a source of pride… This idea applies equally to us, descendants of that generation… They planted the seeds of Torah in this country… We have continued their work… Therefore, we share in their badge of honor, in their sense of pride.” Basically, we are all heroes, holding our banner high, keeping the faith, and marching onward.

Amud Aish provides us with exhibits of incredible heroes, chief among them Reb Elimelech Gavriel Tress z”l, known as “Mike.” As a young man, he was greatly impacted by Rav Elchanan Wasserman zt”l who visited America in 1937 and encouraged him to abandon the business world and work for the Klal. “The future of Torah in America is in your hands.”

Reb Elimelech was instrumental in building up Orthodox Jewish life in America. As head of Agudath Israel of America, he established Shmiras Shabbos campaigns, set up youth groups and summer camps, tending to the physical as well as spiritual and emotional needs of individuals and the community. When the war began, he immersed himself in Hatzalas Nefashos, crucial rescue operations, that took precedence over absolutely everything. In fact, Rav Ahron Kotler zt”l paskened that Reb Elimelech not daven with a minyan. He lobbied government officials in Washington to increase Jewish immigration, even traveling on Shabbos, with rabbinical permission to do so. He organized affidavits so that European Jews could enter America, arranged employment and housing for them. He was in contact with Jewish servicemen who were sent to battle in Europe, providing them with kosher food and, through government intervention, enabling them to observe Shabbos even when in active service. When funding was needed, he sold off his own bonds and stocks. He mortgaged his home three times.

After the war, he galvanized the Jewish community in America to provide for the immense needs of the survivors, spiritual and material. In the UNRRA uniform of the United Nations, he visited the DP camps.

When one enters Amud Aish’s main gallery, the first items encountered are the file cabinets of Mr. Tress. Within were thousands of files, including many with the pertinent details of children who had been hidden during the Holocaust in convents and monasteries or adopted by Christian families. In 1948, Reb Elimelech initiated the “Save a Child” foundation, working tirelessly to rescue these children.

The rescuers put themselves at risk and some were imprisoned. Yet, they dared not fail at this holy mission. As activist Moshe Swerdloff stated, “Let it not be said … that for lack of foresight, courage and finances, the call of our people went unheeded, unanswered.”

It has been pointed out that whilst the emphasis in our contemporary world is on Talmudic scholarship, in those years, given the dire circumstances, there was an emphasis on political activism and shtadlanus. Every Jew counted, contributing in his own way to the public good. Young boys packed food packages to send to Europe, others typed out affidavits to enable our brethren to immigrate to America. Some raised money, serious money, for major hatzalah efforts. Yet others sat and learned our holy Torah, whilst others were engrossed in tefillah. Each person had a vital role to play. No one felt disenfranchised.

Today, given our particular set of communal challenges, the Jewish community would benefit from similar collective efforts. Activism comes in all shapes and sizes. Each Jew, young and old, has a role to play in our community and is precious in G-d’s eyes.

Reb Elimelech tragically passed away at the young age of 57 on the 2nd of Tamuz, 1967. His sensitive heart could no longer contain all the suffering he witnessed. We are now commemorating his 50th yahrtzeit. Reb Elimelech, a hero in every respect, gave his all to our community. He fought the apathy and indifference encountered on many fronts. His dedication must continue to inspire and galvanize us to action. 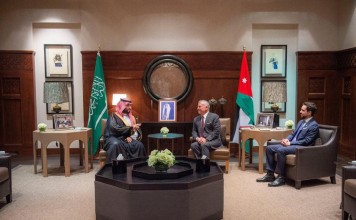 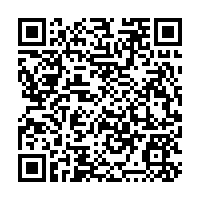