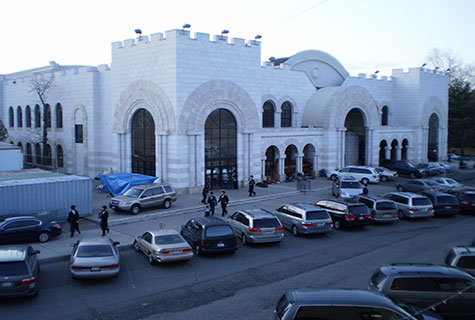 “So how did you get married without knowing your husband and having feelings for him? Were you expected to just do everything and get to know him as you went along?” This from a close friend, as we’re sitting over mushroom cheese salad in a local café.

She gets to ask the question anyone else only wonders about when they hear that we chassidim meet once, for an hour or so, before tying the knot.

The mushrooms are warm and sweet, with a savory kick. I think back to my engagement, to how it went.

How I hid in my aunt’s master bedroom. We had chosen her house for privacy as she lived out of the area where people know us, where people would see a mother, father and eighteen-year-old boy and know. How my stomach ached as I smoothed my hair and my fur-lined dress once more in front of her mirror, while my parents and his made small talk. How my mother came in, told me it was time. I can still feel the smoothness of her hand as she took me, gave me a little kiss on the forehead, and opened the door to my hiding place. I made my way down the stairs, self-consciously but with long, purposeful strides.

When I came into the study, he was already sitting there. I croaked out “Hi.”

Protocol calls for the boy to start the conversation, so I had that moment to collect myself. Goodness. I observed him swallowing nervously, a pinkish tinge crawling up the sides of his cheeks, where a hint of beard was secretly starting to stake out.

He started off with a story. It’s clear that when a young, nervous boy starts off with a story, it’s not his own. He got it from his rebbe, who prepared him for the sit in. My parents are shadchanim, so I knew all about nervous young men and the guidance they receive. So I told him as much, and he shrugged it off. “Yes, I was prepared.”

He’s humble. And he’s nervous. And he’s collected and talkative, more than I am, I thought.

The story demonstrated how “the preparation for a mitzvah is even greater than the mitzvah itself,” a chassidish concept, now applied to the two of us sitting and facing each other in preparation for marriage. It was a done deal. We were now getting over the preliminaries for getting engaged.

The table had a white tablecloth and a bouquet of flowers. The computer was draped with a white tablecloth and the window blinds were drawn. He asked me about my family, my work. I kept the answers short, not endearing, and not conducive to building the conversation. Then I switched sides, asked him about yeshiva, how long he planned to stay in kollel, and about his more famous aunt.

I kept looking at him and looking away, and his eyes seemed brown and kind. He touched his peyos once or twice, and kept putting his long lips together to swallow. The light started feeling warm, his face started feeling familiar, and I started talking about my students while resting my hands deeper under the tablecloth, where until now they were hanging limp on my lap.

That’s when his father knocked on the door, came in, greeted me and called his son out. They went to greet my parents, and I stood up as well. Then they all, his mother, father, him, brushed out past me, and they were gone.

My mushrooms are almost gone. “There were a lot of feelings there. Mixed feelings. I felt that to a certain extent, we knew each other. We knew each other enough to have a canvass on which to paint a dream.” I haven’t yet told her about our twelve-month engagement, during which only gifts, and not a word, was exchanged. I remember my friend telling me, “Enjoy the engagement. There’s nothing like that time in your entire life. You’re dying to get married, but hold onto the moment now.” 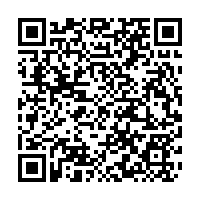