Seder attendance has long been regarded as a key marker of Jewish affiliation. In fact, far more Jews regularly attend a Seder than fast on Yom Kippur. A fascinating 2013 Pew research poll showed that 70 percent of all American Jews attend a Seder; 53 percent fast all or part of Yom Kippur; 23 percent usually light Shabbat candles; and 22 percent keep kosher at home.

Below I present some of my favorite documents reflecting Seder and Pesach observance during and immediately after the Holocaust. First is a Passover greeting sent by a Jewish serviceman stationed in North Africa during World War II. Correspondence at the time often took the form of “V-Mail Service” letters artistically customized to carry holiday greetings. The item here is a beautiful 1944 hand-drawn V-Mail letter illustrating a Jewish American soldier proudly striding forward while, in the background, the Jewish people are standing safely as the Egyptians drown in the Red Sea – all under a Hebrew phrase that reads “The Time of Our Freedom.”

The message in this lovely fusion of themes is both obvious and touching; just as the Jews in Northern Africa overcame the Egyptian enemy with G-d’s help in Biblical times, so too the Americans and allied forces will ultimately succeed in defeating the Nazis in North Africa.

V-Mail – short for “Victory Mail” – was a hybrid mail process developed by Eastman Kodak and used by America during WWII as the primary method to correspond with soldiers stationed abroad. To reduce the cost of transferring an original letter through the military postal system, a V-mail letter would be reviewed by censors, photographed, and transported as a thumbnail-sized image in negative microfilm. Upon arrival at their destination, the negatives would be blown up to 60 percent of their original size and printed.

According to the National Postal Museum, “V-Mail ensured that thousands of tons of shipping space could be reserved for war materials. The 37 mail bags required to carry 150,000 one-page letters could be replaced by a single mail sack. The weight of that same amount of mail was reduced dramatically from 2,575 pounds to a mere 45.”

Another important benefit of the V-Mail system was that it prevented espionage communications since invisible ink, microdots, and microprinting could not be reproduced in a photocopy.

Also exhibited here is a rare original correspondence telegram sent from two Jewish children in Jerusalem to their parents in Shanghai in the midst of WWII. Telegrams were censored by the authorities in both Eretz Yisrael and Shanghai. The children, Trude and Jacquy [Jacob] Rathsprecher, touchingly write:

Shanghai was an important safe haven for Jewish refugees during the Holocaust because it was one of the few places in the world that didn’t require a visa to enter. Some 23,000 European Jews found shelter there, and several Chinese diplomats issued protective passports and transit visas to Jews and others fleeing the Holocaust.

Later during the war, occupying Japanese forces relocated the Jewish “stateless refugees” to an area less than a square mile in Shanghai’s Hongkou district, which included the community around the Ohel Moshe Synagogue. Japanese authorities progressively adopted additional restrictions, but the ghetto was not walled, local Chinese residents did not leave, and American Jewish charities were able to assist the Jews there.

Late in the war, the Nazis pressured the Japanese army to develop a plan to exterminate Shanghai’s Jewish population. However, this attempt to bring the Holocaust to China became known to the Jewish community’s leadership and, with the intercession of the Amshenover Rebbe, the Japanese – who, in any case, had little motive to further antagonize America and the Allies after they had already invaded China – delayed the German request until the war ended. After the war, many of the Jews in Shanghai immigrated to Eretz Yisrael and helped establish the State of Israel.

This Red Cross postal message stands as a historical testament to the important and generally unrecognized role China played in saving Jews during the Holocaust.

Exhibited here is an original official U.S. Coast Guard photograph of Passover services held at a northern outpost in Antarctica. The caption on the verso reads:

Jewish Coast Guardsmen, thousands of miles from home, attend Passover services at a chapel at an Arctic outpost. Theirs is one of the toughest duties, serving on board the sturdy Coast Guard sea craft which penetrate deep into the ice-filled seas.

These words allude to a fascinating but largely unknown historical episode involving a secret Nazi expedition to Antarctica. Under the “German Fat Plan,” Hitler wished to prepare for war by finding substitutes for various products, particularly margarine, which Germans consumed in great volume. Since whale oil was a primary ingredient in margarine, Hitler began building a fleet of whaling ships and launched an expedition to Antarctica in December 1938 led by Capt. Alfred Ritscher, a decorated WWI naval commander who, ironically, had married an important Jewish artist. (For the complete story, which space limitations prevent me from presenting here, I highly recommend The Third Reich in Antarctica [2012] by Cornelia Ludecke.)

In recent years, Jews have celebrated a siyum masechta on Antarctica; Chabad has printed and distributed a Tanya there; and kosher Pesach cruises travel there. Once upon a time, the Nazis sought oil there.

Exhibited here is a beautiful 1948 postcard extending Passover greetings from Hawaii. It depicts three Jewish navy servicemen at a Seder table complete with a Seder plate, wine glasses, matzah, and a candelabra as they read from their haggadot. It features the words “Guam 1948,” typed by a father on duty who wrote to his children about how much he loves them and misses being with them for Pesach.

Guam, the southernmost island of the Marianas archipelago in the western part of the North Pacific Ocean, is just under 4,000 miles from the naval air station in Pearl Harbor from where this card was issued. The first United States Army Seder in Hawaii was held in April 1944, four years before this card was issued. This card depicts a Pearl Harbor Seder, but the correspondent probably attended a Guam Seder.

Interestingly, a historic Seder took place in Guam on March 28, 1945 – reportedly the first Jewish religious rite ever held in that part of the Pacific Ocean – at a time when American troops were about 1,400 miles from southern Japan, but getting ever closer with each island captured from the Japanese. Attended by 2,700 American servicemen(!), it was conducted by Rabbi Major David I. Cedarbaum, an Army chaplain serving on Guam.

The soldiers, who gathered around makeshift tables under palm trees set in open-sided canvas tents, ate matzah, gefilte fish (of course!) with horseradish, hard-boiled eggs, parsley, and sweet-and-sour beets. They read from the famous “Guam Haggadah,” which was printed by the 20th Air Force’s 949th Aviation Engineer Topographical Company for their use (a copy of which may be seen at the Dorot Jewish Division of the New York Public Library), and a recording of the Seder service was broadcast to soldiers in hospitals in the Marianas, many of whom had been injured fighting on Iwo Jima.

Shown here is an original news photograph of one of the first public Seders held in the land of the Final Solution after World War II., On March 28, 1945, while this Seder was being held with over 1,500 troops and visitors, the Allied armies struck with full armored power along the German 200-mile battle line east of the Rhine in a series of breakthroughs that sent American tank columns to within some 200 miles of Berlin. Hundreds of tanks swept ahead of advancing infantry divisions and sped virtually unchallenged across the flaming Third Reich, with the entire German front seeming to have disintegrated.

This Seder, and others across the world in 1945, were especially meaningful to Jews in general and to Jewish soldiers in particular, who discovered that the total eradication of the Jewish people had almost been achieved. One can hardly imagine the sheer elation these American soldiers experienced sitting at a Seder in Hitler’s Germany and reciting from the Haggadah, “[I]n every generation, our enemies stand up against us to destroy us, but G-d always saves us from their hands.”

Wishing all a chag kasher v’sameach. 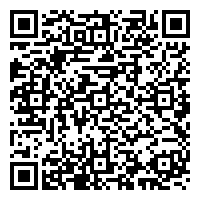