Was it the chicken, the cholent or the children?

What made an M.I.T. scholarship student, taking time off from his doctorate in medicine, to backpack, and then decide to backtrack, chuck it all… and get a haircut? Perhaps it is easier to understand a Harvard law student becoming enamored with the logic of Gemara and settling down to struggle with the intellectual challenges of Aramaic acrobatics.

We take you back thirty-nine years when Rav Meir Shuster a”h was bouncing boys off the Wall, straight into the Ohr Somayach precinct on Rechov Polansky, before the yeshiva had its own campus. Correction: he first introduced them to a real live Jewish family willing to host these long-hairs for a Shabbos meal. And these were not necessarily Anglo-Saxon families. Some boys found their way to Meah Shearim hosts as well and were smitten. The ambiance of a first Shabbos, the redolence of chicken soup, sometimes called Jewish penicillin – in our case, penicillin of the soul – compounded with Mid-Eastern fried chicken and a dozen children thrown in (not into the soup) may have been the introductory clincher. Vini, vidi and vhatever, these Jewish neshamales were bewitched.

It was a laissez faire attack. You couldn’t call this exposure brainwashing. In fact, one rebbe referred to the teshuvah process as dry-cleaning souls. Actually, meeting a religious family on its own turf was very real, albeit from another planet, but rather normal in its special context – siblings interacting very typically but on a much higher plane than these teenagers had ever experienced. Ditto for family dynamics on the whole. Here were real children and parents at a Shabbos table in a very natural milieu. Yes, they could buy such a lifestyle, even at the price charged, at least with some more contact. And Rabbi Shuster made sure that the chicken soup-and-children formula was repeated once he had lassoed these Jewish innocents into yeshiva and tickled their brains with the academic challenge of learning.

Ask many an Ohr Somayach alumnus, probably a grandfather of bar mitzvah-aged children by now, what his personal commitment clincher was, and he may tell you that it was his first Purim. While seeing his own rebbeim on Shabbos in the home context was mind-blowing, seeing them drunk was far more powerfully inebriating.

Harvard students admitted that they had never had close rapport with their professors, never shared a meal, been to their homes and certainly if they had seen them in their “cups,” would have been embarrassed for them.

Here, the rebbeim were real people who could talk baseball, play it occasionally, and who fielded all questions, even encouraged them. And they had happy, healthy families besides.

Yeshivas Ohr Somayach was first established by four young rabbis out to change the world, and they sure did. There was Rabbi Rosenberg z”l, Rabbi Noach Weinberg z”l who eventually broke off to create the world-wide Aish HaTorah kiruv conglomerate, Rabbi Mendel Weinbach, who left us just a short time ago, and Rabbi Nota Shiller who is still holding the kiruv fort.

In the first years, all the guys made the rounds on Purim and had a bash. With their Afros, bangles and banjos, you couldn’t always tell who was faking it. We Weinbachs had the perfect Purim setup with a large front yard and a big living room in which the whole yeshiva, all thirty-five or so, fit. Nowadays, we host the beginner group, with some of the four hundred students in the various programs drifting or wobbling in and out through the day.

So what was a drunken rebbe like? Messianically melancholy. My husband, Rabbi Weinbach zt”l, in a psychedelic houserobe and fez, sang gramin to familiar secular tunes and had the guys join in the chorus. Year-in-and-out, the themes projected a future when everyone would see “the happy light” of Ohr Somayach and they would sin no more, no more.

“They’re goin’ to hang you, Haman / On the tree you made for Mordechai…”

Then there was another favorite tune of the sixties:

“How many times must Amalek appear / Before you realize you’re a Jew?

“How many shmoozen must you hear / Before you know what to do?

“The answer my friend / Is blowing in the night /

“The answer is in the Happy Light (Ohr Somayach).” 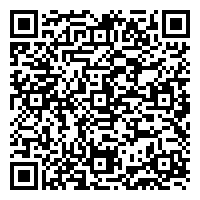