Yom HaShoah is a most poignant day in Israel. This year, there was an unusual gathering, marking the day in a novel fashion. Holocaust survivors together with their families gathered in one spot, and sang together, in 3-part harmony, the beloved song, “Chai.” I’ll share an English version of the chorus:

Alive… Yes, I’m still alive!
This is the song which grandfather sang yesterday to father
And today I sing; I’m still alive
The people of Israel live!!


The group sing-along was organized by Koolulum, a relatively new initiative, based in Israel, whose objective is to help people connect. Music and creativity are obviously super powerful bonding devices. Watching survivors passionately singing these moving words together with their young grandchildren is a most dramatic way to commemorate the millions who perished.

Many who survived claim that their very survival is a miracle. Among the miracles are the brave actions of the righteous gentiles who risked their lives to save our precious brethren. Chief among them was Chiune Sugihara.

It was June 1940. Many yeshiva students and their roshei yeshiva had fled Poland to the then relative safety of Lithuania. And now the Red Army had occupied Lithuania. Yeshiva students were considered the enemies of the Communist regime; their situation was dire.

At that point in time, when Lithuania had ceased to exist and all the countries were about to close their consulates in Kovno, the capital, the Japanese government, surprisingly, decided to open a consulate. Japan had never had a consulate in Lithuania. Sempo Sugihara, the Japanese consul, on his own initiative, decided to reverse a long standing policy of the Japanese government which had closed its country’s doors to Jews. Sugihara, seeing the endless lines of desperate refugees, acting in line with his conscience, opened the doors. Ultimately, he issued over 2,140 transit visas during July and August of 1940. There was one condition though; each passport had to have the visa of a country of final destination.

A Dutch student approached the Dutch consul, Jan Zwarendijk, requesting a final destination visa to the island of Dutch Curacao. He agreed and issued a document stating that there was no visa required for Curacao. This proved to be the route of salvation for the many yeshiva students, particularly those from Mirrer Yeshiva who had been stranded in Lithuania.

Activist Zerach Warhaftig had been the very first to appeal to Sugihara to issue the visa. Soon after, Moshe Zupnick, a young Mirrer student, approached Sugihara on behalf of the entire yeshiva.  Zupnick’s actual refugee ID, issued in Vilna, in June of 1940, is part of the current exhibit in Amud Aish Memorial Museum. A Sugihara transit visa is likewise on display. Soon after their flight to Shanghai, the Nazi Einsatzgruppen brutally murdered 1.4 million Jews in the Soviet provinces. These Jews had escaped miraculously in the nick of time.

It is amazing. Sugihara was warned that issuing these visas was considered insubordination, yet he continued to do so. On August 20, 1940, Sugihara was ordered to close the consulate within 10 days. He actually continued to stamp passports whilst on the train, hurling them out the window as he left Lithuania!

Returning to Japan, he suffered social alienation and dismal career prospects as a result of his actions. He was thrown out of the foreign office, and his pension was cancelled. He became a porter in the harbor. Those years were terribly difficult for him and his family.  In 1969, Yad Vashem officially recognized Sugihara for his heroism. Sugihara died in 1986 at the age of 86. In his later years his benevolent, lifesaving actions were acknowledged. Today, his children and grandchildren, proud of their grandfather’s courage in the face of evil, visit schools across the world to talk about him, hoping to inspire others to strive for goodness and caring.

Ho Feng Shan, the Chinese Consul in Vienna, also defied his superiors and braved the Gestapo by issuing 5,000 visas to Jewish refugees, enabling them to reach Shanghai. A 90-minute documentary, “Above the Drowning Sea”, was recently released, relating their dramatic escape.

As an interesting side note, there were several couples who became engaged in Vilna. The young women joined their fiancés across the world. This was not a simple journey. We can assume that these were not lengthy courtships and can only imagine how incredibly emotional and horribly painful this parting from their families must have been, knowing that they may never see each other again.

In recounting these details, it is apparent that the Almighty paved this escape route for His Torah elite. These survivors were eventually responsible for rebuilding the Torah world as we know it today, in both American and in Israel.

This series of articles has been based on items on exhibit in Amud Aish Memorial Museum located in Mill Basin, New York. The exhibit is appropriate for adults and for school age children. Hands on workshops are conducted for visitors. The museum focuses on our people’s miraculous survival and acts of spiritual heroism, rather than on the atrocities of the war years. Group tours can be arranged by calling 718-759-6200. 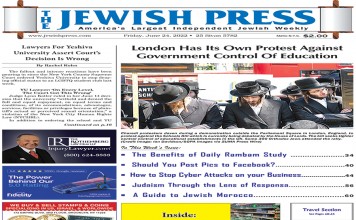 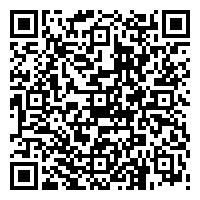