The earliest skyjackings were not committed for purposes of seeking refuge or pursuing global attention for radical causes. That would come later.

The first recorded skyjacking took place on February 21, 1931 in Arequipa, Peru, when armed revolutionaries approached American pilot Byron Rickards and tried, but failed through a 10-day standoff, to force him to fly them to their destination. Eight years later, on October 28, 1939, the first fatal skyjacking occurred when Larry Pletch shot flight instructor Carl Bivens.


The first skyjacking of a commercial flight for political purposes did not occur until September 26, 1956, when 47 prisoners transported within Bolivia commandeered the plane mid-flight and rerouted it to Argentina, where they were granted political asylum.

In the U.S., the first attempted skyjacking of an airliner occurred less than 60 years ago, on July 31, 1961, when Bruce Britt, Sr. attempted to take over a flight from Chico, California. The attempt failed, but Britt shot two airline employees, blinding one.

By the late 1960s and into the 1970s, Palestinian terrorist groups had adopted skyjacking as an important means for achieving their political goals, and Yasser Arafat, considered by many to be the “father of political skyjacking,” became the man who turned hijacking airplanes and murdering its passengers into an official policy.

In the only instance that an El Al flight has ever been skyjacked – which also marks the longest skyjacking of a commercial flight involving the holding of hostages (40 days) – three Palestinian terrorists from the Popular Front for the Liberation of Palestine (PFLP) hijacked El Al Flight 426 from Rome to Tel Aviv on July 23, 1968. The place was diverted to Algiers, and both the skyjackers and the hostages ultimately went free.

By September 1970, the Nixon Administration had become extremely concerned about the Palestinian skyjacking campaign.The terrorist organization had executed several additional terrorist operations, including firing upon an El Al plane about to depart from Greece (December 26, 1968); attacking an El Al jet in Zurich (February 1969); skyjacking a TWA flight from Rome (August 1969); and attempting to hijack a TWA flight from Rome to New York (December 21, 1969).

On February 21, 1970, the PFLP-General Command under Arafat’s ultimate control attempted bombings aboard an Austrian Airlines flight and a Swissair flight; the Swissair plane was destroyed, and 41 passengers and crew were murdered in what was the first successful midair bombing by terrorists.

In a September 6, 1970 attack which some say marks the official onset of the era of global terrorism, the PFLP pulled off one of its largest coordinated operations and successfully carried out three of four attempted hijackings. A TWA flight from Frankfurt and a Swissair flight from Zurich were forced to land at Dawson’s Field, a remote desert airstrip near Zarqa, Jordan, which became the PFLP’s “Revolutionary Airport.”

Meanwhile, an attempted skyjacking of an El Al Flight from Amsterdam was thwarted; the hijacker was shot and killed and his partner, Leila Khaled, who would later play a key role in a negotiated settlement, was subdued and turned over to British authorities in London. Two PFLP hijackers who had been prevented from boarding the El Al plane instead skyjacked a Pan Am flight and rerouted the plane to Beirut and then to Cairo (the plane was likely too large to land at Dawson’s Field).

At Dawson’s field, the Palestinian terrorists segregated 56 Jews and the Israelis, Americans (whom the terrorists announced would be “treated as Israelis”), Swiss, and West Germans from the 310 passengers before transferring 125 passengers to Amman, from where they were later released on September 11. The next day, expecting a counterattack, they blew up the empty planes. The United Nations whipped into action – that is, by failing to adopt any condemnation of the skyjackings and instead expressing the ever-popular and meaningless “grave concern.”

There is virtual unanimity in the halachic sources, going at least as far back as the Talmudic era, regarding the importance, even the primacy, that Jewish law ascribes to pidyon shvuyim (the duty to redeem captives). However, the complex questions about where to draw the line in giving in to terrorists’ demands in order to secure the freedom of hostages continue to have contemporary relevance. For example, passionate debate ensued regarding whether Israel paid too high a price for the release of Gilad Schalit.

In the September 1970 coordinated attack described above, when Israel faced the difficult question of whether to release Palestinian terrorists in exchange for the release of the hostages, Torah scholars were called upon to weigh in on the issue from a halachic perspective. The Rabbinic Council, headed by its president, Rav Moshe Feinstein, held an urgent meeting in which it debated whether freeing terrorists in exchange for hostages is a ransom “worth more than their lives” which should be forbidden even when the hostages’ lives are in danger. Ultimately, in a letter written by Rav Feinstein, the Council transmitted its halachic decision to Prime Minister Golda Meir. Exhibited here is that actual historical letter, in which Rav Feinstein writes:

An urgent meeting of the Rabbinic Council held a solemn discussion about the dangerous state of the captives in Jordan and the difficulty of the State of Israel to reach a decision on the matter. We saw fit to express our opinion, the opinion of the Torah on this matter. In Jewish law, saving a life takes precedence. If there is no choice, the State of Israel must comply with the terrorists’ demand to save the hostages’ lives. May G-d protect His people, and may the Jewish people live in peace.

Rav Feinstein (1895-1986) was one of the greatest halachic adjudicators in the post-Holocaust era. Known for his series of responsa sefarim, Igrot Moshe, “Reb Moshe” served as president of the Union of Orthodox Rabbis, as chair of Agudat Yisrael’s Council of Torah Sages in the United States, and as rosh yeshiva of Mesivta Tiferes Yerushalayim in New York. On a personal note, he was my cousin and served as the mesader kiddushin (officiating rabbi) at my parents’ wedding.

Interestingly, among the unreleased hostages were Rav Yitzchak Hutner, the former Rosh Yeshiva of Yeshivas Rabbi Chaim Berlin in New York and author of Pachad Yitzchak, and members of his family, who were on their way from Israel back to America. Rav Hutner was a particularly valuable hostage to the terrorists, who held him in an isolated location. When his students wanted to commence negotiations to pay a ransom and secure his release, Rav Yaakov Kamenetzky, a leading American rosh yeshiva, ruled that it was forbidden to negotiate with the terrorists because we are at war and must not yield to terror.

The PFLP’s use of Jordanian territory, as well as its keeping 125 women and children trapped in the Intercontinental Hotel in Amman, constituted a serious challenge to King Hussein and his Hashemite monarchy, as Arafat undertook what could only be characterized as an outright revolution. On September 16, Hussein declared martial law and, for the next 10 days, in what became known as “Black September,” Jordan bombed the terrorists’ bases and Jordanian forces were deployed in Palestinian-controlled territories within Jordan, killing thousands of terrorists, capturing many of their important leaders, and driving Arafat and his terrorist minions into Lebanon.

Fearing that Syrian troops might enter Jordan to support the Palestinians, potentially leading to a conflagration of the entire Middle East and beyond, a nervous King Hussein – though at the time he vehemently denied ever making such a request – asked Britain and the United States to pass a request on to Israel to bomb any such Syrian troops. He also sought American support in the event of a Syrian or Iraqi intervention, but Nixon’s “Palace Jew,” Secretary of State Henry Kissinger, suggested that Israel be called upon to expend materiel and shed blood defending Jordan.

On September 8, President Nixon met with his advisors, and ordered Secretary of Defense Melvin Laird to shell Palestinian positions in Jordan, but when Laird advised that the weather for such an attack was unfavorable, the plan was abandoned. However, the 82nd Airborne Division was put on alert, the Sixth Fleet set out to sea, and military aircraft were sent to Turkey in preparation for a military strike.

In marked contrast, and much to the fury of the United States, British Prime Minister Edward Heath, whose government complained that “Israel won’t lift a bloody finger,” decided to negotiate with the skyjackers. These British negotiations, coupled with Jordan’s Black September victory, led ultimately to an agreement pursuant to which the British released Leila Khaled, and three PFLP members incarcerated in a Swiss prison (for their attack on an Israeli airliner) were also released in exchange for the remaining, mostly Jewish, hostages.

Though the PFLP had claimed that the goal of the hijackings was “to gain the release of all of our political prisoners jailed in Israel in exchange for the hostages,” the final agreement did not require Israel to release any Palestinian prisoners or to make any other concessions to the terrorists, so we do not know what decision Golda would have made had she been forced to free prisoners to earn the release of the hostages, nor if Rav Feinstein’s important correspondence would have played any role in her decision.

As the result of the Dawson’s Field skyjackings, the international aviation community began for the first time to coordinate action to prevent skyjackings, and the United States undertook formal anti-skyjacking security measures, including the introduction of X-ray screening. For the foreseeable future, governments and airlines will have to continue to confront the ever-growing challenge presented by the increased sophistication of terrorist skyjacking operations. 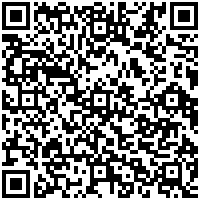