Charles Lindbergh (1902-74) earned worldwide fame for making the first solo, non-stop flight across the Atlantic on “The Spirit of St. Louis” in 1927. When “Lucky Lindy” returned from Paris, thousands of New Yorkers welcomed him with a ticker-tape parade and a celebration reportedly unparalleled in the city’s history.

His public stature following this historic flight was such that he became an important voice on behalf of aviation in general, while the enormous publicity surrounding the flight advanced the aircraft industry and led to a broader public acceptance of air travel.


Lindbergh is also recognized in the annals of aviation for demonstrating and charting polar air-routes, for high altitude flying techniques, and for increasing aircraft flying range by decreasing fuel consumption – innovations which form the foundation of modern, worldwide air travel. He wrote several accounts of his famous flight, including The Spirit of St. Louis (1953), for which he received the Pulitzer Prize for Biography in 1954.

Generally unknown is that Lindbergh made important contributions in fields other than aviation, including biomedical research, conservation, and exploration. For example, he worked with American surgeon Alexis Carrel (1873-1944), an experimental biologist who had won the Nobel Prize in Medicine (1912), to perfect a pump that could keep the heart and lungs alive outside the body by supplying blood and air. (Among his many books, Lindbergh co-authored Culture of Organs (1938) with Carrel.)

In his later years, he became a passionate conservationist and environmentalist who fought to balance technology and conservation; his efforts in this regard include helping indigenous tribes and campaigning to protect endangered species (“I would rather have birds than airplanes”).

Lindbergh famously received the attention of the entire world – and its sympathy – when his son was abducted from the family home on March 1, 1932. A nationwide search followed, and ransom negotiations were conducted with the kidnappers, but the saga ended with the discovery of the child’s corpse on May 12.

More than three years later, a media circus ensued when the man accused of the murder, Bruno Hauptmann, was tried, convicted, and executed but, to this day, conspiracy theorists
and anti-Semites claim a cabal of Jews were responsible for the kidnapping, and that the German Hauptmann was framed by perfidious Jews.

The Bernard A. Baruch prize is indeed a high honor in many ways – because of the great name of Baruch to which it is attached; because of the high standing of the man who decides on the award; and in this instance, to me, however it relates to the field of conservation, which I believe is so important. It does, however, raise serious problems for me, which I shall outline here very frankly.

I have already received much more than my share of honors and awards. I very much want to live and work quietly. Deeply as I have appreciated the awards I have received in the past, I would rather not receive any more. In saying this, I want to, at the same time, emphasize my gratitude for being considered for the high honor of the Baruch award. I sincerely believe it to be a great honor. But I am now most anxious to carry on a way of life that is unrelated to honors and awards.

I would therefore be most grateful if you could find it possible to transfer this award to someone else in the field of conservation. As you well know, there are many dedicated men and women who have devoted much more of their lives than I have to conservation activities. Nothing would please me more than to see the award transferred to any of them. I would feel highly honored, and even more deeply gratified.

Despite his polite, painstakingly expressed demurral, the implications of Lindbergh’s explanation are complicated by the lingering shadow of anti-Semitism that had plagued his image for decades. The fact that the man for whom the award was named, Bernard Baruch, was one of the most prominent Jewish public figures in America during the 1930s and 1940s – the era of Lindbergh’s most strident and problematic pronouncements – presents the possibility of an intriguing subtext to Lindbergh’s refusal of the “high honor.”

Lindbergh’s support of fascist politics and American isolationism eventually destroyed his public reputation, beginning with his visit to Nazi Germany in 1936 when he expressed open admiration for Hitler and Germany’s new air force. He accepted an invitation from Hermann Göring to attend the opening of the infamous Berlin Olympics as his personal guest and, when Göring presented him with the Commander Cross of the Order of the German Eagle for his services to aviation (1938), Lindbergh’s acceptance of the honor caused a huge furor in the United States.

Lindbergh became a noted isolationist and leader in the America First Committee, which was dedicated to keeping the United States out of the coming war. He became a spokesman for the Committee, speaking to overflow crowds at Madison Square Garden and Chicago’s Soldier Field and to radio audiences of millions.

He was suspected of being a Nazi sympathizer because, in part, of his numerous scientific expeditions to Nazi Germany, and because he manifested a clear, Nazi-like belief in eugenics and unambiguously stated his conviction that the survival of the white race was more important than the survival of European democracy.

Some scholars and historians have a softer take on Lindbergh, arguing that he wasn’t a Nazi-sympathizer or anti-Semite but, rather, merely a Nazi dupe. First, they argue that Lindbergh was an authentic WWII hero who provided top-level intelligence on the Luftwaffe which helped America win the war. Second, they point out that America was not at war with Germany when Lindbergh accepted Göring’s medal; that, in fact, the Nazi award had been unexpectedly thrust upon him; and that refusing the “honor” by a high German official at that time and place would have resulted in a diplomatic incident with adverse repercussions to the United States.

Third, these scholars note that Lindbergh was ultimately critical of Nazi Germany’s treatment of Jews. Writing in War Within and Without: The Diaries and Letters of Anne Morrow Lindbergh, 1939-1944, Anne excuses her husband because “of course, he did not know about the existence of concentration camps.” She writes that he was shocked when, during a naval technical mission on May 7, 1945, he saw Camp Dora, where concentration camp victims were used as forced labor.

Furthermore, according to Anne’s diaries, she and her husband had a discussion on November 24, 1941 about the need of the Jews to have “a land of their own” and he expressed approval for an independent homeland for the Jewish people. (In 1928, the JTA
reported that Lindbergh was to make a trip to Eretz Yisrael after visiting his mother, then a teacher in Constantinople, but I have been unable to confirm whether that trip ever took place.)

Apologists, however, forget to mention that Lindbergh had also served the Luftwaffe as a consultant. In any case, none of his activities in any way speak to or mitigate his flagrant anti-Semitism. Second, even after America declared war against Germany, Lindbergh refused to return the medal to the Germans because, he claimed, he didn’t want to “unnecessarily insult” the Nazi government and, as late as 1955, the unrepentant aviator declared, “I always regarded the fuss about it [the Nazi medal] as a sort of teapot tempest.”

Third, even while later criticizing the camps, Lindbergh publicly supported the notion that Nazi Germany had a “Jewish problem,” and insisted that neither attacking Germany nor saving the Jews of Europe was in America’s interest. Moreover, notwithstanding Anne’s attempt at historic revisionism, her husband remained unapologetic and, as late as 1970, his wartime journals reflected indifference to Hitler’s brutality and clearly manifested anti-Semitism.  (Certainly aware what the public response would be if it read anti-Semitic passages in his diaries, Lindbergh carefully deleted them while preparing the journals for publication.)

Anne herself, who for a time was perhaps the most reviled woman in America, wrote The Wave of the Future (1940), in which she echoed her husband’s arguments against American involvement in World War II and supported his isolationist and pro-Nazi views. She, too, later (allegedly) regretted her statements, characterizing them as “terribly stupid.”

The bottom line is that the totality of the record – including Lindbergh’s own writings – belie any claim that he wasn’t anti-Semitic. Even his wife was quoted as saying that she later experienced a feeling of profound grief over what her husband had said.

Lindbergh claimed publicly and repeatedly that Jews controlled “our motion pictures, our press, our radio, and our government” and that they were trying, through their ownership and control of the media, to draw America into WWII. In an infamous September 11, 1941 rally in Des Moines organized by the America First Committee, he alleged that three entities were acting contrary to American interests by dragging the country to war: FDR, the British, and the Jews.

He said that “leaders of the Jewish race are not American in interests and viewpoints.” He referred to American Jews as “other people,” and, in his diaries, he wrote: “We must limit to a reasonable amount the Jewish influence…. Whenever the Jewish percentage of total population becomes too high, a reaction seems to invariably occur. It is too bad because a few Jews of the right type are, I believe, an asset to any country” (emphasis added).

In a 1939 journal entry, Lindbergh describes a difficult trans-Atlantic crossing, refers critically to Jewish passengers becoming seasick (apparently no non-Jews ever experienced seasickness), and writes: “[I]magine the United States taking these Jews in addition to those we already have. There are too many in places like New York already. A few Jews add strength and character to a country, but too many create chaos. And we are getting too many….”

He described Hitler as having “far more character and vision than I thought,” and characterized him as “undoubtedly a great man.” Lindbergh’s efforts were broadly praised in Nazi Germany, and propagandists published pamphlets underscoring his support, including Lindbergh quotes such as: “racial strength is vital.” He also developed a close friendship with Henry Ford, infamous for his anti-Semitic newspaper “The Dearborn Independent.” In a comment to an FBI special agent, Ford described his conversations with Lindbergh: “When Charles comes out here, we only talk about the Jews.”

Lindbergh’s anti-Semitism caused even his fellow “America Firsters” to turn on him. The Roosevelt administration branded him “the No. I Nazi fellow-traveler,” and FDR – no great friend of the Jews himself – disliked him to the point that he said to Treasury Secretary Henry Morgenthau, “If I should die tomorrow, I want you to know this: I am absolutely convinced
Lindbergh is a Nazi.”

After the only time that Roosevelt met Lindbergh (in April 1939), he called the aviator “a Copperhead.” (During the American Civil War, the Copperheads were a group of Northern Democrats who opposed the war and demanded that the Union immediately make peace with the rebels.) In 1941, FDR wrote to Secretary of War Henry Stimson:

“When I read Lindbergh’s speech, I felt that it could not have been better put if it had been written by Goebbels himself. What a pity that this youngster has completely abandoned his belief in our form of government and has accepted Nazi methods because apparently they are efficient.”

As we lawyers say in the vernacular, the record speaks for itself. 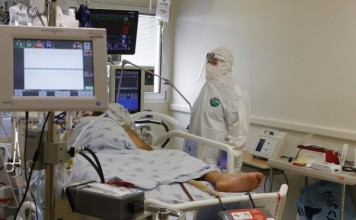 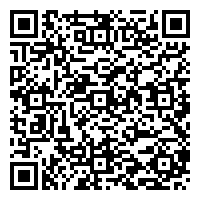