At a time when Maryland Jews lacked even the most basic civil rights, including the right to vote, Reuben Etting (1762-1848) joined many Colonial American Jews in assuming the responsibilities of full citizenship by enlisting and fighting in the Revolutionary Army.

After serving as an officer during the Whiskey Rebellion of 1794-95, he joined the military organization known as the “Sans Culottes” and was made a lieutenant. When preparations for an undeclared war with France commenced in 1798, the Sans Culottes became the “Baltimore Independent Blues,” and Etting was chosen as captain. He later fought with distinction in defending Baltimore City during the War of 1812.


According to the Maryland State Constitution adopted in 1776, all State officers and employees were required to swear allegiance to Christianity and, as a result, no Jew could hold public office. Maryland could get away with such overt discrimination because, before the post-Civil War enactment of the 14th Amendment, the Bill of Rights applied only to the federal government and not to the individual states.

In 1801, Etting, long involved in politics as a Jeffersonian Republican, wrote to President Jefferson to complain about the “Christians only” limitation imposed by the Maryland Constitution, and Jefferson responded by appointing him as U.S. Marshal for Maryland in 1801. Etting thereby became the first Jew to hold federal public office in the United States – a quarter-century before the Jews gained civic equality in the state through the famous “Maryland Jew Bill” in 1826.

In all likelihood, Jefferson, who manifested extreme sensitivity to the Jewish condition and never wavered in his commitment to civil and religious freedom and toleration for Jews, made the appointment as a premeditated public slap against the State of Maryland for its disgraceful prejudice.

At the time of Etting’s historic appointment as a U.S. Marshal, only about 2,500 of America’s population of five million – or about 0.05 percent – were Jews. Charleston boasted the largest Jewish population with 650 Jews, followed by New York with 550 and Philadelphia with 450, less than 200 in Richmond, and less than 100 in Savannah and Baltimore.

A few years after his federal appointment, Etting honorably resigned his military commission because his duties interfered with his ability to devote all his necessary resources to serve his men and his command.

During the last decade of the 18th century, Etting was among the merchants shipping Baltimore flour to Curacao, Santo Domingo, and Jamaica, and bringing back coffee, sugar, and other produce from the West Indies.

Earlier in his career, his debts were such that all his merchandise had to be sold at public auction to satisfy them, but he went on to great financial success after moving to Philadelphia in 1804, where he became a director of the Farmer and Mechanics Bank, and combined his trading activities with general shipping, real estate investments, and a brokerage business.

Through an incredible November 4, 1836 letter to Rev. Dr. Solomon Hirschel, who served as chief rabbi of Great Britain from 1802-42, Isaac Leeser provides a fascinating and poignant insight into the scarcity of Jewish resources in America during the early 19th century in general and into Etting’s Jewish life and personal religious practices in particular.

Leeser (1806-68), first and foremost a Torah-true Jew and defender of traditional Judaism, was a visionary American rabbi, author, translator, editor, publisher, educator, pioneer of the Jewish pulpit in the United States, and founder of the Jewish press in America who single-handedly provided American Jews with many of the basic religious texts, institutions, and conceptual tools they would need to create the religious and cultural foundation of the American Jewish community.

In his very long letter to Rabbi Hirschel, best known for his unsuccessful effort to prevent the further spread of Reform Judaism in Britain by excommunicating its leaders, Leeser laments the scarcity of halachic authorities in the United States, and repeatedly apologizes about having to disturb the grand rabbi with all his questions:

In this country there is no one who is authorized to give an opinion in contested or uncertain points of law and we are therefore compelled upon any emergency which arises to decide for ourselves as best we can, or to ask an opinion of one another, and as our books for reference are but few and our knowledge [is not] as extensive as it should be…. I now ask you to assist your brethren in America with your advice and counsel….

The emergency for which Leeser sought the chief rabbi’s guidance begins with Etting’s failure to circumcise his sons, who similarly left their sons uncircumcised. As Leeser explains, about 35 years earlier, Etting, a Baltimore resident, had fathered a son and, since there was not a single mohel to be found in all of Baltimore, Etting had had to bring one down from Philadelphia.

However, an unspecified “accident” took place during the bris and, as a consequence, Etting declined to circumcise his next three sons. (Years later, his youngest son undertook to have himself circumcised.)

Leeser’s particular challenge arose with respect to the burial of Etting’s uncircumcised grandson, the son of Benjamin Etting. During one of Benjamin’s trips to China, his younger son died days before Rosh Hashanah, and Leeser was presented with a difficult question with broad halachic and political repercussions: whether the child could be buried in a Jewish cemetery.

In the absence of any rabbinical authority to which to turn for guidance, and forced to make his best determination based upon the limited resources available to him, Leeser decided to permit the burial, but he himself did not attend the funeral or recite any blessings, causing great pain and embarrassment to the families. Leeser apologized to the chief rabbi for this as well:

Understand me well, venerable Rabbi, that on no account would I have presumed to give an opinion if there were anybody else here to whom I could have applied for advice… and therefore I was compelled to act as I have done, although by so doing I have offended those that said the child ought not to have been buried at all…

In Etting’s defense, Leeser notes that the latter may have been “gun shy” about circumcising his children because of the unfortunate accident involving the bris of his oldest son. He suggests that Etting’s dereliction should be attributed only to the medical disaster and not to an abdication of his religious duties: “It would appear that he may have been prevented in the other instances by a fear, however idle, of an accident, which he believed to have occurred in his eldest son.”

(Etting’s fear of the risk presented by a bris apparently ebbed because he subsequently had a fifth son whom he did circumcise.)

In his letter, Leeser presents other halachic issues highlighting the significant problems faced by the American Jewish community in the early 1800s, including questions related to mikveh, conversions, and intermarriage which, he says, “at least 1/3 of American families are interested in.” (One can only imagine how Leeser might have reacted upon learning that the intermarriage rate in America some two centuries later tops 50 percent.)

It is not known if Rabbi Hirschel ever responded to Leeser’s correspondence, which sold at auction for $45,825 in 2006. In the December 2, 1823 correspondence exhibited here, Etting writes to Hyman Gratz: “Will you be so kind as to send me by the bearer Ten Dollars in anticipation of this month – I am out of wood.”

Merchant, banker, philanthropist, and community leader, Hyman Gratz (1776-1857) joined his brother Simon as a wholesale grocer at the Graff House (7th & Market), where Jefferson wrote the first draft of the Declaration of Independence. The brothers were treasurers of Mikveh Israel, and Hyman was a manager of the first Jewish Publication Society, founded by Leeser in 1845.

Upon receipt in the U.S. of the news of the persecution of Jews in Damascus, Gratz was elected in 1840 as Congregation Mikveh Israel chairman to protest that persecution. A showman and entrepreneur, he became a partner in the ownership of Mammoth Cave in 1815, which became a National Park in 1926.

Hyman’s will established a trust fund for his descendants with the provision that after no descendants were living, the entire estate would go to Congregation Mikveh Israel “for a College for the Education of Jews.” Gratz College, founded 1893, is now a separate institution in Melrose Park, Pennsylvania.

Etting is sometimes confused with his cousin and namesake, a Baltimore bank clerk whose story is also of great interest in recounting the history of Jews during the dawn of America. Cousin Reuben immediately enlisted in the Continental Army when he heard about the Battle of Lexington, but the British captured him at Charleston and, when they learned that he was Jewish, attempted to feed him only pork, which he steadfastly refused.

He barely survived on scraps of permitted foods smuggled to him by his fellow inmates, and he gradually lost his strength and died of tuberculosis shortly after his release.

Our Reuben Etting was buried in the Mikveh Israel Cemetery in Philadelphia, the oldest Jewish cemetery in America. (Founded in 1740, it is listed on the National Registry of Historic Places.) His portrait by artist James Peale hangs at the Smithsonian Museum of American Art in Washington, D.C. 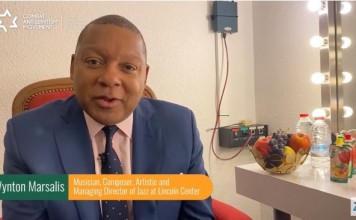 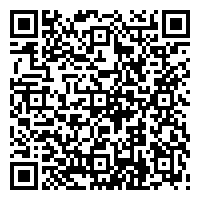