When the First Battle of Fort Sumter began on April 12, 1861, American Jewry had no common position on slavery. They were just as divided as the rest of the country on the contentious issues that led to the Civil War. Few, though, had taken part in the intensifying debate over the issues. Among those who did were Rabbi Morris Jacob (Moshe Yaakov) Raphall and Rabbi David Einhorn.

Jews generally sided with their respective regions; the rabbis of the North offered prayers for the preservation of the Union and Southern rabbis for the Confederacy. About 10,000 Jews fought in the War – 7,000 for the North and 3,000 for the South – with some 500 killed in battle. Among the Jewish victims of the war was Rabbi Raphall’s son, Lt. Alfred Raphall, who lost an arm near Devil’s Run at Gettysburg while serving as aide-de-camp to General Daniel Edgar Sickles.


Shown here is Rabbi Raphall (left), a leading advocate of the proposition that the Bible recognized – indeed, sanctified – slavery, and Rabbi Einhorn (right), a leading Jewish abolitionist and anti-slavery activist. Rabbi Raphall was the Orthodox rav of B’nei Jeshurun (originally “The Great Synagogue”) in New York, and Rabbi Einhorn was the Reform leader of Har Sinai Congregation in Baltimore.

On January 4, 1861 in response to a proclamation by President James Buchanan for a “National Day of Humiliation, Fasting, and Prayer throughout the Union” regarding the “secession crisis,” Rabbi Raphall delivered a sermon in which he cited various Torah passages in support of his proposition that the Torah is pro-slavery. It was subsequently published as The Bible’s View of Slavery and widely disseminated through the South. (A rare original printing of this seminal American work sold at auction in 2005 for $1,400.)

Today, Raphall is also remembered for being the first Jewish clergyman to deliver a prayer at an opening session of Congress when, on February 1, 1860, he wrapped himself in a tallit; wore a large velvet yarmulke; recited prayers in Hebrew, including the Birkat Kohanim; and argued that Biblical law expressly permitted the owning of slaves. Consistent with the times, the response to his Congressional invocation was decidedly mixed.

For example, Frank Leslie’s Illustrated Newspaper characterized the Rabbi’s appearance as “a striking feature of the times, evincing the triumph of an enlightened religious opinion over the vulgar prejudices of the world.” In contrast, The Churchman, the official publication of the Episcopal Church, responded with disgust, depicting the rabbi’s appearance before Congress as “no less than the official rejection of Christianity by the Legislature of the country.”

Slave owners were thrilled to see evidence from the Scriptures quoted before Congress and on a national stage, but many abolitionists responded with anti-Semitic vitriol.

However, the sources and commentary on Raphall’s “pro-slavery” position rarely discuss the depth of his biblical analysis or present his explication of what “slavery” actually means in Jewish law. He carefully distinguished between the “Hebrew bondsman” and the “heathen slave,” and explains that the former could only be reduced to servitude for two causes:

(1) if he had committed theft, had already disposed of the object, and lacked the financial means to make restitution; his term would generally extend only to the point where he earned remuneration sufficient to make whole the victim of his theft; and (2) if he became so wretchedly poor that he could not sustain life, in which case his period of servitude would extend no more than seven years (although the Torah describes a frowned-upon procedure where the bondsman could voluntarily remain in servitude until the next Jubilee year).

Raphall emphasized that the “slave,” in whom vests fundamental human dignity, must be served the best food and, if there is only one mattress, the slave gets it and the Jewish owner must sleep on the floor. He further cited the famous exposition by Maimonides that “whoever acquires a Hebrew bondsman gets himself a master.” Accordingly, he scolded American slaveholders for “reduc[ing] the slave to a thing, and a thing can have no rights.”

Nevertheless, he attributed the status of American slaves to their being “the descendants of Noah’s son Ham – that is, Africans who had been cursed by God so that in his own native home, and generally throughout the world, the unfortunate negro is indeed the meanest of slaves.” He added, “Much had been said respecting the inferiority of his intellectual powers…no man of his race has ever inscribed his name on the Parthenon of human excellence, either mental or moral.” He concluded that abolitionists seeking to interfere with the American institution of slavery “were opposing God’s will.”

Raphall’s unfortunate quote and his calamitous conclusion have become fodder for contemporary anti-Semites – including particularly Louis Farrakhan, for whom Raphall’s quote remains an oft-cited favorite – misrepresenting the rabbi’s minority views during an entirely different historical era as somehow definitive of the Torah’s views on contemporary civil rights and as evidence of endemic Jewish racism.

Concerned that Rabbi Raphall’s misguided position would be seen as the official policy of American Judaism, Rabbi Einhorn forcefully rebutted his arguments, contending that slavery, as practiced in the South, was immoral and not endorsed by Judaism; that, in fact, it is an institution antithetical to the very essence of the Jewish faith.

But when Rabbi Einhorn sardonically characterized Raphall as “a Jew who praises the Lord daily for deliverance out of the Egyptian yoke of slavery, yet undertakes to defend slavery,” his Baltimore congregation was so upset that they demanded his resignation and ordered him to leave the city. When, shortly after the attack on Fort Sumter, a violent pro-slavery mob utterly destroyed the print shop for Einhorn’s abolitionist magazine in April 1861, he fled for his life with his family to Philadelphia.

Before serving as rav at B’nei Jeshurun, Rabbi Raphall (1798-1868) had distinguished careers in both England and America as a rabbi, author, editor, gifted orator, activist shtadlan, and prodigious fundraiser for the Jewish poor – including poverty-stricken Jews in Eretz Yisrael. Known for his scholarly work, including translations of Maimonides and of 18 treatises of the Mishnah, he authored a textbook on the post-Biblical history of the Jews – in which he was famously among the first to introduce the use of the term “B.C.E.” (Before the Common Era) instead of “B.C.” (before Christ).

His other works include Festivals of the Lord (1839), a series of articles on the chagim, and Devotional Exercises for the Daughters of Israel (1852) for American Jewish women. He also published a powerful refutation of the infamous Damascus blood accusation in 1840 – in four languages: Hebrew, English, French, and German – and wrote an impassioned defense of Judaism published in The London Times.

Born in Stockholm, Raphall was taken at age nine to Copenhagen by his father, who was banker to the King of Sweden. Educated at the Jewish College at Copenhagen, Raphall earned a “Kabir” degree, analogous to the “Fellowship” designation in English universities, at age 13 which, shortly after his bar mitzvah, earned him the right to use the title “rabbi.” (The term “Kabir” likely has its origins in Job 35:5: “Behold, God is mighty [“kabir”], yet he despises no one; kabir in strength of understanding.”)

He later went to England, where he studied language and, for some time, acted as honorary secretary to Solomon Herschell, the chief rabbi of Great Britain. He earned a Ph.D. from the University of Erlangen in Germany and, after lecturing on Hebrew poetry, became the editor of The Hebrew Review and Magazine of Rabbinical Literature, the first Jewish periodical ever published in Great Britain.

Rabbi Raphall was appointed minister of the Birmingham Synagogue in 1841, in which capacity he founded the first Hebrew national school for English Jews and for which he served as rosh yeshiva. He traveled to New York City in 1849, where he lectured on biblical poetry at The Brooklyn Institute and was appointed rav of B’nai Jeshurun, the first Anglo-German Congregation in New York, which was strictly Orthodox and had a mechitzah, even for public events held there. His obituary in The New York World called him “the most eminent Jewish Divine in the United States.” In this December 5, 1853 correspondence – a letter that is truly unique in that it brings together four of the greatest Jewish leaders of the Civil War era – Rabbi Raphall writes to Rabbi Sabato Morais:

I take the liberty of introducing to your acquaintance and kindness Rev. I. Kalisch of Cleveland… [H]is purpose in visiting your city is the sale of a highly interesting work of controversy which he has lately published in German… [and] wishes to have this book translated into English. He has had some differences with the Rev. Leeser who began the translation.

Rabbi Morais (1823-97) was an Italian-American rabbi, leader of Mikveh Israel Synagogue in Philadelphia (after the withdrawal of Isaac Leeser from that post), pioneer of Italian Jewish studies in America, and founder of the Jewish Theological Seminary in New York. A man of great integrity who was steadfast in his refusal to adopt ritualistic “innovations,” he expressed his strong opposition to slavery, both in his sermons and prayers. He was described by a New York Yiddish newspaper ad as “without doubt, the greatest of all Orthodox Rabbis in the United States.”

Rev. Isaac Leeser (1806-68), first and foremost a Torah-true Jew and defender of traditional Judaism, was a visionary American rabbi, author, translator, editor, publisher, educator, pioneer of the Jewish pulpit in the United States, and founder of the Jewish press in America who single-handedly provided American Jews with many of the basic religious texts, institutions, and conceptual tools they would need to create the religious and cultural foundation of the American Jewish community.

Isidor Kalisch (1816-86) was an American leader of Reform Judaism who, together with Isaac Meyer Wise, edited Minhag America, the Reform prayer book still in use today. He is perhaps best known for his bitter religious disagreements with Leeser, particularly with respect to the latter’s Torah-true English translation of the Bible. It is therefore not surprising that, in our letter, Raphall cites both the “controversy” of Kalisch’s work and Kalisch’s “differences with the Rev. Leeser.” 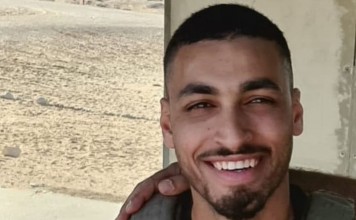 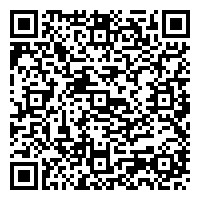