I was making the rounds at a recent writer’s event, when I spotted an elegantly clad woman with a short blonde wig, circa 1970’s. We introduced ourselves, and it turns out she’s the rebbitzen in a shul in the States.

“So many of the writers here are from Passaic,” she commented, when I introduced myself.

I smiled back. We had some common ground here.

“So, what’s doing with the arson story?” she asked.

Okay, I did manage to keep my shoulders as straight as they were a minute ago, and I did manage to mumble something about, “Yeah, it happened,” while shaking my head in numerous directions to indicate that 1) yes, it happened, 2) it was an unfortunate experience, 3) I don’t know everything about it, 4) I was on her side and 5) this wasn’t what I meant when I said I’m from New Square: I had desired more positive recognition.

I didn’t say any more, because I figured she’s from a generation where more etiquette was taught than I could ever learn. I didn’t want to blow it. And so I said something mentchlich and sat down for the main dish and the keynote speaker.

But I can say it to you.

Yes, the arson story happened. So have other stories, which, if colored by the media with paintbrushes dipped in the right hue, will look downright horrific. The story was told as if the Rebbe of New Square personally dispatched his personal assistant to hunt down the man who was giving him a headache by providing prayer services to the good souls in a nursing home. We’ll leave the story at that, for now. Why introduce the facts?

But there’s more to us New Squarians. And it isn’t all about blow torches, although we use those too, to light the torches used to escort a chosson to his wedding, to kasher catering kitchens, and to weld iron, sometimes as window bars for our condominium windows, three flights up.

There’s other fire here as well. I never felt it until I moved away, just like I don’t feel the steam until my neighbor, thermal undershirt peeking out at her elbows, calls me out into the frigid hallway. It’s the fire of passion.

I’m sitting in my aunt’s kitchen. She’s preparing a Panini for us, and for the cleaning lady as well. It’s healthy. Its smells good, it tastes good, it’s nurturing. Everyone should have one, she says, as she melts more cheese and chats. It reminds me of our food culture – on every stove a fire, on every fire a pot. Food is an expression of the desire to give, to nurture, to feed, to imprint tastes on hungry souls. In our town, we thank our doctors with fresh challah still smelling of toasty baking. We invite guests and serve them rib steak and salad and soft, chewy cookies. We gift a new mother or a kallah with cake and petite fours and fruit bowls – all homemade. We prepare a kingly banquet of traditional Shabbos food, not omitting even the liver or honeyed carrots, because each Shabbos food holds deeper meaning.

My sister goes under the knife for brain surgery, to remove a deadly AVM. A cadre of volunteers drives visitors to and from the hospital (my parents don’t drive; more on that another time). One bus driver manages to squeeze a run to the hospital almost every day between school routes, and he says as he drives my sister home, being careful over the potholes, “What wouldn’t I do for a brother?” My parents aren’t his only brothers, as drivers stuck on the Palisades or needing a jump in Hempstead have experienced.  His is only one of the engines that purr warmth, polluting the world with kindness.

When I introduce myself as hailing from New Square, as I usually do, strutting peacock that I am, I expect my pride to be reflected back to me. I’m usually rewarded, especially when meeting people who know a fellow New Squarian personally. Not so when I meet someone who’s gotten to know us through hearsay. “Is it true that women are coerced to shave, and prohibited from driving?” “Is the teen at risk rate in New Square really that high?” “Did a father testify in court against his daughter when she didn’t follow in his footsteps?”

The answer is no.

Or maybe yes. In a town comprised of individual members and families, I can’t really know what happens on the other side of every mezuzah. The work of God and the work of human vengeance weave and wander the way it do and no one in New Square is exempt. Or in the words of the previous Skverer Rebbe, founder of New Square, “The yetzer hora doesn’t need a passport to come into Skvere.”

Still, the New Square I know is a village of familiar faces, personal greetings and wholesome living – carriages, bikes at the curbside, wheelchair ramps and all.

And when I get the question I’ve also learned to expect, I have the answer ready.

“So how do you write? How does growing up in a Yiddish speaking home hamper you? Do you find your lack of Shakespearian education a liability?”

And this is what I say to you, what I couldn’t say to the dear elderly rebbitzen with the blond sheitel and lovely glasses big enough to hide the delicate wrinkles crowning her eyes.

“In New Square, no one committed arson on my soul. That’s why I write. I have a burning desire for expression, borne out of the village that raised me as a child, knew me, called me by my name, fed me and spoke to me. No lack of English words can take that away.” 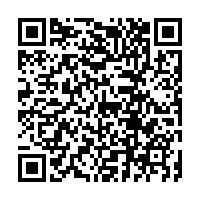