Exhibited below is a very rare, mini-booklet, the very first issued copy of the beautiful Tefillah L’Shalom Medinat Yisrael (The Prayer for the Welfare of the State of Israel) dated “The Holy City of Jerusalem, may it be rebuilt and reestablished speedily in our days, Elul 1948”:

Our father in heaven, fortress and redeemer of Israel, bless the State of Israel, the initial sprouting of our redemption. Shield her beneath the wings of your loving-kindness, spread over her your sukkah of peace, and send your light and truth to its leaders and officers and advisors and improve them with good guidance before you.


Strengthen the hands of the defenders of our Holy Land; grant them, our God, salvation and crown them with victory, establish peace in the land and everlasting joy for its inhabitants.

Remember our brethren, the whole house of Israel, in all the lands of their dispersion, and speedily bring them with pride to Zion, your city, and to Jerusalem, the dwelling place of your Name, as it is written in the Torah of your servant Moshe: “Even if you are dispersed in the uttermost parts of the world, from there Hashem, your God, will gather and from there he will take you and bring you to the land which your ancestors possessed to inherit it, and you shall possess it.” And unite our hearts to love and revere your Name and to keep all the precepts of your Torah. Shine forth in your glorious majesty over all the inhabitants of your world, and let everything that breathes proclaim: Hashem, the God of Israel, king, and his majesty reigns over all. Amen.

The text on the back page reads:

Prayer for the welfare of the State of Israel, to be recited by the rabbi or prayer leader on Sabbaths and Festivals after the reading of the Torah. Our rabbis in Eretz Yisrael established it and arranged it,

This booklet predated a few days the official publication of the prayer in the newspaper HaTzofe on September 20, 1948 and in Haaretz the next day.

The tefillah, which is recited in Orthodox Zionist synagogues every Shabbat, Yom Tov, and Yom Ha’atzmaut and Yom Yerushalayim, is not recited by charedi congregations because they object to Israel’s government being run by secular leaders and its failure to operate under Torah law. They particularly object to the provocative phrase characterizing Israel as “reishit tz’michat geulateynu” (“the initial sprouting of our redemption”).

Sadly, the Tefillah L’Shalom haMedinah has become a defining difference between the charedim, who view it as the antithesis of their core religious belief regarding the State of Israel, and the Religious Zionists, for whom the prayer has become a virtual pledge of allegiance. The prayer has thereby become emblematic of the difficulty in obtaining unity among all Torah-true Jews.

Based upon the caption on the mini-booklet, many people concluded that the prayer was jointly written by Rav Herzog and Rav Uziel. However, that inscription – which shows only that the two rabbis instituted its recitation – makes no declaration regarding provenance, which has been the subject of a long-running dispute since the prayer’s inception.

Determining authorship is important not merely from a factual historical perspective, which constitutes sufficient reason by itself, but also because the prayer would have sanctity only if written by a respected religious authority, and would not be incorporated into the Jewish liturgical canon otherwise.

Authorship takes on particular importance considering the swirling controversy over the phrase “the initial sprouting of our redemption”: that formulation constitutes little more than a beautiful poetic expression if written by a poet, but it takes on a much deeper religious significance, including that the creation of the modern Jewish State was divinely ordained, if penned by a chief rabbi, particularly by the likes of Rav Herzog.

For some 35 years, Rav Herzog was broadly credited with being the author of the prayer, until Dr. David Tamar, citing a copy of the prayer handwritten by Nobel Prize-winning author Shai Agnon, published a 1983 article in Ma’ariv arguing that Agnon’s writing establishes unequivocal proof of his authorship.

Moreover, in 1986, Dov Sadan, an Israeli literary critic who served as head of Yiddish Studies at Hebrew University and as an Alignment member of Knesset from 1965-68, remarked that when he mentioned to Rav Herzog that he had composed a “sort of prayer for the welfare of the State,” the rav smiled and said “Shai Agnon beat you to it.”

To add to the confusion, Rav Uziel sent a letter to New York in 1949 in which he enclosed “the prayer for the State of Israel which I edited together with my friend the Chief Rabbi [i.e., Rav Herzog].”

The “battle of the scholars” raged, as opposing theories credited Rav Herzog and Agnon, with Dr. Tamar, who frequently disseminated his theory through the popular press, leading the “pro-Agnon” forces. However, documents recently discovered in the Agnon Archive at Israel’s National Library demonstrate that the prayer was written by Rav Herzog and edited by Agnon.

These include a letter from Rav Herzog to Agnon, a very close personal friend, containing a draft of the prayer and asking Agnon to review it. (How I would love to have that document in my own collection!)

In 1998, editor, journalist, and Israel Broadcasting Authority senior program editor Yoel Rappel found an original manuscript of the prayer inside an envelope from Rav Herzog’s Office of the Chief Rabbi (located in Hechal Shlomo in Jerusalem) on which was written: “The prayer of the state as copied and corrected by Mr. Agnon in his handwriting.” Rappel thus concluded that Agnon had merely copied and edited the prayer, but that was not the end of his search.

Earlier this year, he found what writer Tracy Frydberg fittingly characterizes as “the smoking gun” – a 1948 correspondence in which Rav Herzog writes to Agnon:

People from various communities in the Diaspora are asking me to amend the prayer for the well-being of the state and its leaders. Our brothers in the Diaspora trust me, and I trust you, because you have the proper poetry and style and you are a God-fearing person from your days as a young man [Agnon was a strictly observant Jew], and you are a most worthy person to amend the prayer.

However, as Frydberg notes, Rav Herzog’s letter establishes Agnon as editor but does not definitively confirm Rav Herzog as the author. All doubt is put to rest, however, considering the rav’s letter together with his 1958 article, written on the occasion of Israel’s celebration of its tenth Independence Day, in which he cites “the prayer that I established” and includes citations to verses from the prayer.

Finally, in 1975, Yaakov Goldman, Rav Herzog’s former secretary, wrote to Emunah Yaron, Agnon’s daughter, that Rav Herzog had been distressed because he had been asked on very short notice to compose a prayer for the State for an important ceremony. Goldman says that he told the rav not to worry, because “I will bring your version to Mr. Agnon who will take a look at it and write his comments.”

Goldman wrote that when he took the draft to Agnon, he was told to return the next day, when he received Agnon’s minimal changes, essentially some stylistic amendments. The fascinating thing, however, is that Goldman claims it was Agnon who inserted the “the initial sprouting of our redemption” phrase that has caused so much conflict. 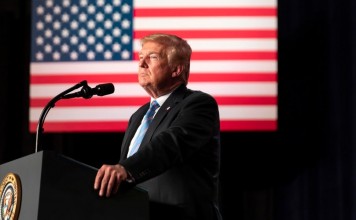 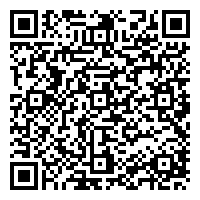