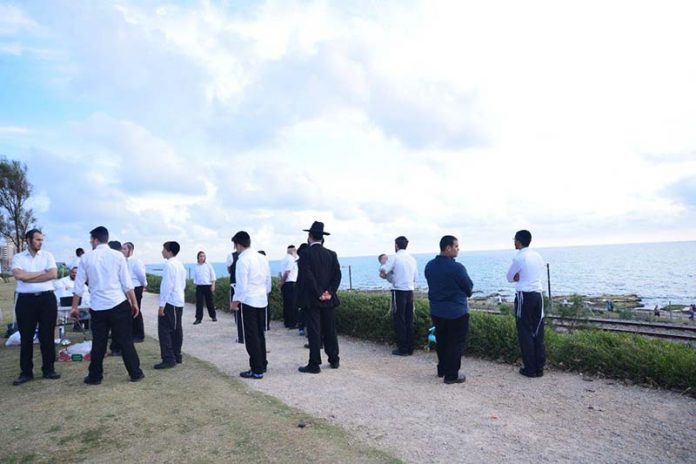 Aren’t people amazing? They come in all sizes, colors and shapes equipped with different talents, temperaments and dreams. Every family has its own mix and, as the family grows, the mix becomes richer and more varied. Like my grandsons.

We have one sixteen-year-old who is tall, cute, warm, enthusiastic and friendly and he needs a haircut. He’s waiting for his rav to forbid his return to the yeshiva before going to a barber. Until then, he’s keeping his curls. (I should be blessed with such curls!) The moment he enters the house, he kicks off his shoes and aims for the refrigerator. You’d think they never fed them in the yeshiva. He likes my refrigerator too. His mother bakes all the time but he says my cookies taste better. When he leaves, he leaves relics of his visit behind… crumbs scattered on the table or the floor, a few magazines out of place and a book or two off the shelf. The chairs have been moved around too. The better to hold comfortable conversations.

He’s actually a very helpful kid who is always willing to rollup his sleeves and pitch in. Unfortunately, like his father before him, he’s more of an Outside-Job-Man than an Inside one. I like to do things carefully, quietly and quickly. He does them with great zeal and fervor, but haphazardly and with lots of movement, speech and fanfare. Since we live across the street from his bus stop, he often stops off on his weekly visit home and when he enters the house, together with the fanfare, the sun shines, the breezes blow and the place lights up. His father was like that too, although today he has morphed into a calm, disciplined, highly focused administrator. But he still prefers outside jobs to inside ones.

Another offspring recently finished the army, his BA in social work and is now a licensed guide for Shvil Yisrael – the Israeli National Trail. He sports a backpack filled with interesting reading material – historical articles, poetry, sociological information and lots of Torah related articles he picks up in his yeshiva. He still travels across the country once a week to the yeshiva to sit in on classes and speak to his rav. The moment he enters the house, he heads for the piano. I sit there dumbfounded as he plays everything by heart, sans music sheets or scores. He says they distract him. His hands know what to play by themselves. Then again, he has a younger brother who plays even better without having ever learned any music at all! I never knew we passed on such musical genes.

One eighteen-year-old studies in a yeshiva down south, near the Sinai desert, not far from the Egyptian border. The yeshiva is the focal point of a beautiful community in a highly successful agricultural settlement. They’re so far removed from civilization and other distractions that my first question to him is always, “So what’s new in Egypt?” He rarely comes home – it’s too far and he’s too busy. I think they might have put him on the Board of Directors or made him Manager of the Kitchen, I’m not sure. But whichever, he’s firmly ensconced down there and only comes home when he runs out of clean clothes.

We also have two artists. One was just bar mitzvah. His younger brother is all of eight. Together, they fill reams of paper and countless albums with their creative work – finely detailed copies of illustrations they’ve seen or, in the case of the older one, an array of cartoon characters that are really good. For his bar mitzvah, he illustrated a book about the great-grandfather whose name he carries. The artistic touch might have come down via a grandfather of mine whose genes didn’t surface in me. All I can draw are stick figures.

The eight-year-old is presently working on publishing a “book.” He’s collecting his own, highly original chiddushei Torah and putting them on computer. He then adds a bit of graphic design to improve the presentation. Since his Imma only allows each kid around two hours a week on the computer, when he works, he broaches no interruptions. His paternal grandfather publishes books and promised to publish his, once he has enough chiddushim to fill the pages.

This kid once borrowed a full sized Gemara from my husband. “But what does he do with it?” I ask my daughter.

“He’s not learning Gemara yet.”

Well, if one can read everything else, I suppose one can “read” Gemara too. And read everything else he does. Everything he can get his hands on: history books (preferably with pictures), science books and lots of (Jewish) comic books. He’s a regular mine of information. There’s nothing that doesn’t interest him except going to bed on time. And he builds. With Lego. Thousands (tens of thousands?) of miniscule pieces morph into complex cities, knights in armor, armies and l’havdil, a detailed, pretty good copy of the Beis Hamikdash. He has expropriated a hefty corner of their living room, in back of a couch, where his creations are safely out of traffic, and he disappears there with a friend or two for hours at a time. I have seen creative kids in my time, but this one knocks me for a loop.

Another eight-year-old, cousin to the scribe/builder, managed, through no fault of his own, to knock out three front teeth by the tender age of six. But that slight defect does not detract from his stunning smile. In fact, it adds to his charm. I wonder what he’ll look like when his teeth grow in. Perhaps by then he will no longer think he is Tarzan and will try to keep both feet on the ground and teeth in his mouth.

A few of the older boys are bakers and cooks; we have a poet or two; a twin set of chassidim of imposing stature; noisy types, quiet ones; industrious souls and a few who are more… shall we say… relaxed? All delicious souls who undoubtedly fill their Father in Heaven (and me) full of joy. I watch them all and spend a goodly amount of time asking that He watch over them and guide them to good places. Did I ever mention that love is the source of all worry, prayers and requests?

And then there are the granddaughters. But they are a story unto themselves. It’s mind-boggling how a common gene pool can produce so many diverse variations! How wondrous are Your works, O Lord! And may they all – yours and ours, grandsons and daughters alike – bring us only Jewish joy. Amen! 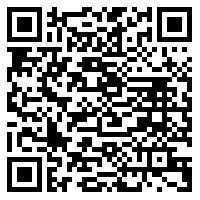