Few things change faster than the realties in the social media world.  It seems that as soon as you figure out the best way to use a social media tool, something makes that tool irrelevant.  While LinkedIn has clearly been the most powerful professional tool in the social media world, that is now changing.  In truth LinkedIn is a great tool for identifying and researching potential leads and contacts, but a very poor tool for engaging them.

When LinkedIn first started, it was more of an exclusive club.  A contact request via LinkedIn was a way to prove that you were on the cutting edge of social media.  People were much more likely to respond to such connections.


That is no longer the case.  With more than 250 million members, spam and unwanted solicitations have become a huge problem, and unexpected connection requests and even paid In-Mails are often seen as spam and do not get the attention they deserve.

A multi-modal approach to social media use is the most effective current strategy.  Each social media platform should be used for its strengths.

Twitter has become a powerful force in the social media world.  Twitter users can post messages known as “Tweets” of up to 140 characters about any topic of interest. Originally derided under the presumption that short personal updates would focus on the mundane and the picayune, Twitter has become the primary forum for self-expression.  That ability has provided a voice to the common people.  Major companies and even politicians listen, and often respond to consumer and constituent concerns posted on Twitter.

Just a few months ago, I was having a difficult time getting a refund for a missing product processed via the customer service call center at a major retailer.  After spending hours on hold and having my request denied, I sent a Tweet to the company’s Twitter account.  I received a response within minutes with a special number to call; my problem was resolved quickly and a refund issued.  While sitting on hold with a customer service representative is not yet a thing of the past, frequently a quicker and more satisfying resolution can be obtained via a post on Twitter.

Unlike LinkedIn, Twitter need not be all professional all the time.  While anything that can be construed negatively should never be posted anywhere online, an 80/20 professional to personal Tweet ratio tends to work well.  An account that is too professional and narrowly focused tends not to generate the same kind of attention as an account that is more diverse.

Comments about sports, the weather and interesting personal anecdotes can be an effective way to make your Twitter account more appealing.  Stay away from political debates.  As innocuous as a political Tweet may seem, they tend to be divisive and can drive people away.

LinkedIn Groups used to be an effective way to demonstrate expertise and get noticed, but of late, Groups have devolved into spam and self-promotional posts.  It is very rare to see substantive discussions on LinkedIn Groups and even rarer to be able to engage a specific target (person) via that forum.

An active Twitter account, on the other hand, is a very effective way to engage people.  One of the biggest challenges in making cold contacts is ensuring that the contact sees the value in listening to what you have to say.  It can be difficult to make yourself stand out amongst dozens of other solicitations.

A direct solicitation via Twitter is no better, but because Twitter allows you to follow a person’s tweets, you have the power to establish a relationship with your target based on an area of mutual interest without direct solicitation.

Twitter allows members to see the responses to their Tweets and that provides an opportunity. It requires a little patience, but you can post an intelligent response when your target posts about a topic of shared interest.  That response puts you on your target’s radar without requiring you to ask for anything.  After several such positive engagements, an invitation for a cup of coffee or a phone conversation would be appropriate.

Twitter is also a powerful resource for building your professional credibility around an area of expertise. Scheduled “Twitter Chats” focusing on a subject area have become common.  Twitter users created a powerful tool called a “Hash Tag.”  A Hash Tag is simply the “#” on your keyboard, but when added to a word or a phrase, the Hash Tag becomes searchable, and you can view all the Tweets made using that same Hash Tag. (For example: #careerservices)

How powerful are Hash Tags? They are such an effective way of getting the word out that companies often hold Twitter contests and offer prizes for brand promotion.  The most famous example is Esurance which gave a 1.5 million-dollar prize to a Twitter user who tweeted #EsuranceSave30 within 36 hours of the Superbowl.  That contest received more than 200,000 Tweets in its first minute alone!

Twitter chats use Hash Tags to hold conversations around a specific topic at prescheduled times.  There are hundreds of regularly scheduled Twitter Chats every week.  The Chat Diary, www.thechatdiary.com, lists more than 750 chats, including the times they are held.  Twitter chat tools like http://tweetchat.com/ are designed to make following and engaging in Twitter chats much easier.

It can take time to get the feel for the ebb and flow of a chat, so I recommend “lurking” and watching the proceedings a few times before participating.  Once you begin offering insightful advice and commentary, people start to recognize you as an expert in a particular area.  Whether you are looking for a job, consulting work or just a way to build your personal brand, Twitter chats are a great way to stand out among people interested in your field.

If your posts are not encouraging further discussion, getting ReTweets or being designated as Favorites, chances are your posts are not having a positive impact.  If that is the case, try following the chat for a few more sessions and get a better understanding of what you may be doing wrong.

Spam is a serious problem in Twitter Chats as well, and while the idea of posting self-promotional links or information to a large group of people in your field may seem enticing, it is ultimately counterproductive.  Like everything else, there are unwritten rules for Twitter Chats and unsolicited promotion is more likely to engender bad feelings and damage rather than help your brand.

Will Rogers once said, “Even if you’re on the right track, you’ll get run over if you just sit there.”  Unfortunately, being on social media is not enough if you want to find a job or promote yourself.  It is imperative to keep up with the constantly changing social media landscape and develop a personal, targeted strategy.  “Change is the only constant” is a significant understatement when it comes to social media.  Right now, Twitter is the best engagement tool in the social media world, so it is important to harness its power and use it effectively until the next most powerful tool comes along.

We welcome your feedback.  Please email your career-related inquiries and/or feedback to tourocareerservices@gmail.com. Touro College’s Career Services assists Touro students and alumni in all aspects of their career search.  This article was written by Chaim Shapiro, M.Ed, Assistant Director Career Services. 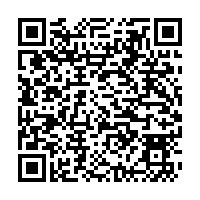