Nevertheless, we planned a bikur cholim visit to Imich. At the time, we had no idea that Bogen, who lives in Rhode Island, was working on getting the hospital to make good on the lost hearing aids and getting an audiology team from Mt. Sinai Hospital to fit him for new ones.

Before visiting, I called the house expecting a volunteer to answer the phone and confirm that it was okay for Imich to have visitors. Instead, Imich himself answered: “Hello? Hello? I’m all alone here. Is anybody coming to be with me?”


He couldn’t hear anything I said in reply. This was so alarming that I telephoned one of the regular volunteers, who told me that there was a two-hour gap between when the morning volunteer leaves and the afternoon volunteer arrives.

A Self Help organization volunteer was there by the time Rabbi Mazorov and I arrived at the Esplanade apartment house. After being told that Imich was so distraught he had stopped eating altogether, we almost cried to see him happily munching on one of the huge freshly baked black and white kosher cookies we brought him.

Imich, who is reportedly “not religious,” seemed to light up even further when Rabbi Marozov helped him put on tefillin and then affixed a mezuzah to his doorpost. We were surprised and touched to the core when Imich, in a strong clear voice, recited the Shema prayer, which he apparently knew by heart.

“Look at this,” said the rabbi. “This is bringing up a spark from deep inside him. He’s coming back to life.”

We’d been told that Imich, after talking about not wanting to live anymore, had stopped talking, sat in his chair and closed his eyes in despair. What had changed? Did we dare to think it was our emergency bikur cholim visit, the cookies, tefillin and mezuzah?

He let us take many photographs. “People are always taking my picture, but they never send them to me.” We assured him we would be back with copies of the photos taken.

“He is scheduled to get fitted for new hearing aids tomorrow,” the volunteer told us. The completed appliances will take some time to be delivered, she said; maybe two weeks. We had to shout and repeat ourselves in order for Imich to hear us, but communication was possible.

He asked me, “Do you know that I am the oldest man in the United States and the second oldest in the world?” I told him yes. And again, louder, “Yes!”

I asked him if he had a bar mitzvah. A what? “Bar Mitzvah!”

We originally thought when the rabbi visited him in the hospital and helped him to put on tefillin, that it was a first in his life experience – in essence, a bar mitzvah. We were mistaken. Imich remembered his bar mitzvah in one of the synagogues in Czestochowa, Poland, where he was born and grew up, but unfortunately, he said, all the photos and documentation were lost. When the Nazis marched into Poland, the entire Jewish world was lost. Imich and his wife Wela survived because they were deported to a Russian labor camp instead of Auschwitz.

I told him my father’s mother came from Czestochowa, but she referred to it as Chenstokhov. “That’s right,” he said, “Chenstokhov.”

Though attentive, interested and clearly wanting to engage with us, Imich was straining to hear and each short exchange had to be repeated slowly and loudly several times. With twinkling eyes, he pointed out, “You imagine that I can converse with you like a normal person?” – a reference to his near, but not total deafness. 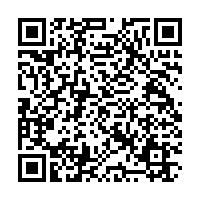