I recently had the opportunity to attend a ceremony in Israel at which Robert Kraft, owner of the New England Patriots, received the Genesis Prize.

One of the themes of the evening was Jews in sports. In a video presentation, just one player was displayed at first: Sandy Koufax. By refusing to play on Yom Kippur, Koufax became – and to a large degree still is – the Jewish athlete. Today, however, another player can rightfully claim this title. His name is Julian Edelman, the star wide receiver for the New England Patriots.


While by his own admission Edelman did not affiliate as Jewish growing up, over the last several years he has connected with his heritage and has certainly made up for lost time. Many – if not most – Jewish athletes do not like to be pegged as such. It’s hard enough being a professional athlete; to carry the additional torch of being a “Jewish athlete” is a responsibility most prefer to do without. Not Julian Edelman.

Here’s a guy who dons a combined American-Israeli flag on his hat for all to see during nationally-televised NFL games. Here’s a guy who’s been to Israel several times in the span of only a few years and who, not only embraces the country, but actually thrives and feeds off the vibe of its people and culture.

Here’s a guy who posts videos of himself (and his friend and teammate Danny Amendola – sadly, not Jewish!) lighting Chanukah candles, as well as humorously reminding his teammates in the locker room celebrating Christmas that there are others who celebrate Chanukah.

Mr. Kraft deserves credit for Edelman’s Jewish pride, too. Edelman seems to possess a determined, focused, and unbendable character and would therefore carry his Jewishness proudly regardless of the team he was on. Nevertheless, it would be foolish to ignore that the owner of his team happens to be one of the most Jewishly-affiliated owners in all of sports.

In fact, on multiple occasions Mr. Kraft has brought current and former NFL players to Israel to tour the country. He also generously supports Jewish charities around the globe. These facts have surely resonated with, and inspired, Edelman.

On a personal note, my family and I are huge Patriot fans. As such, briefly meeting both Mr. Kraft and Julian Edelman at the Genesis Prize ceremony was an amazing experience. I must confess that I was surprised at how patient and gracious Edelman was in granting fans photo opportunities. He had every opportunity and excuse to leave the ceremony at its conclusion. But he stayed. In fact, he was the last person out of the hall, his owner and teammates having departed long before.

Edelman recently released an autobiography, Relentless, depicting him as an ambitious, driven, and, well… relentless athlete. No doubt, he is relentless on the field. But don’t make any mistake: As a person, he is extremely humble and nice – and worthy of all the adulation his fans shower upon him. 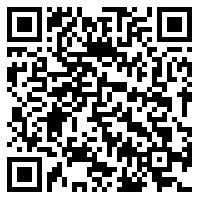